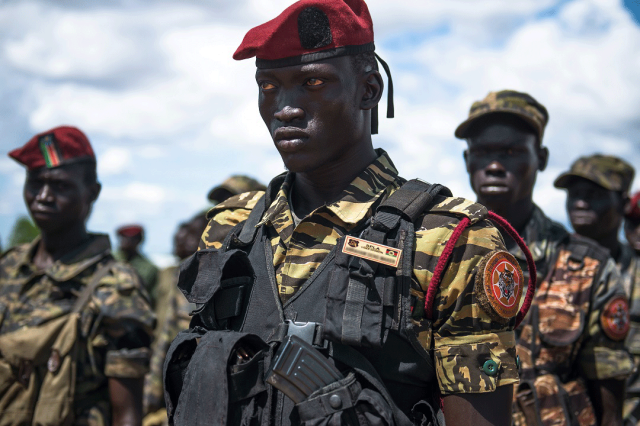 A Sudanese Battalion invaded Mexico, and may have been prepared to invade California. Would they have done battle with John Fremont, his bodyguard, and the Jessie Scouts? Napoleon 3 had given aid to the Confederacy in hope of weakening America. An invasion looked imminent. Lincoln was afraid Fremont would provoke the French, and, the North would lose the Civil War.

I am now wondering if Fremont had a plan to invade Mexico, and make it a part of the Nation he was making in California! I have found the missing link in this incredible intrigue. I have another book, that I do not have time to author, because my newspaper is covering one of the most importance stories of our time….The Impeachment of Trump!

Study Carlotta. I will add to this post. I worked fourteen hours today, which is two hours above average. I look at so much information, and take a mound of mental notes, to go with my written notes. I will post whole articles to help me keep track. They become a reference.

I compare Carlotta to Rena, who is a woman born and made in a Democracy, while Carlotta, like her mother, were born to reign. Princess Charlotte of Wales was Prince Du Sang. Her grandfather was King George who waged a war against the Colonies. She almost became Queen of England. Victoria and Albert are first cousins. Queen Elizabeth and her husband are a encore. This invasion is played down, because the French were our allies with Lafayette, and, the North won the war. You do not want such treacherous history to be on the surface. Did Empress Carlotta have plans to be Queen of America? Sure she knew all the plotting! It was in her blood!

Thank God for the German forty-eighters who fled Europe to America. They were given rifles at the bottom of the gang planks. They came West,  surrounded the Fremonts. Did they know how to march – Prussian style? Did they come face to face with these Sudanese Warriors – who took no prisoners? I believe the French withdrew from Mexico because of the Socialists Revelations’ going on in Europe. Some historians say Lincoln was put in the White House by Marxists. Here’s another reason you want to keep quiet.

Jone Johnson Lewis has a Master of Divinity, and is a humanist clergy member and certified transformational coach. She has been involved in the women’s movement since the late 1960s.

Empress Carlota, born Princess Charlotte of Belgium (June 7, 1840 – January 19, 1927) was briefly the Empress of Mexico, from 1864 to 1867. She suffered from a lifetime of serious mental illness after her husband, Maximilian, was deposed in Mexico, but escaped his violent fate.Early Life

Princess Charlotte, later to be known as Carlota, was the only daughter of Leopold I of Saxe-Coburg-Gotha, king of Belgium, a Protestant, and Louise of France, a Catholic. She was a first cousin of both Queen Victoria and Victoria’s husband, Prince Albert. (Victoria’s mother Victoria and Albert’s father Ernst were both siblings of Leopold.)

Her father had been married to Princess Charlotte of Great Britain, who was expected to eventually become Britain’s Queen. Sadly, Charlotte died of complications the day after giving birth to a stillborn son after some fifty hours of labor. Leopold later married Louise Marie of Orléans, whose father was the king of France, and they named their daughter Charlotte in memory of Leopold’s first wife. They also had three sons.

Louise Marie died of tuberculosis when Charlotte was only ten. From that point on, Charlotte lived most of the time with her grandmother, Maria Amalia of the Two Sicilies, Queen of France, married to Louis-Philippe of France. Charlotte was known as serious and intelligent, as well as beautiful.

Charlotte met Archduke Maximilian of Austria, younger brother of the Habsburg Austrian Emperor Francis Joseph I, in the summer of 1856 when she was sixteen. Maximilian was eight years Charlotte’s senior and was a career naval officer.

Maximilian’s mother Archduchess Sophia of Bavaria was married to the Archduke Frances Charles of Austria. Rumors of the time assumed that Maximilian’s father was actually not the Archduke, but rather Napoleon Frances, son of Napoleon Bonaparte. Maximilian and Charlotte were second cousins, both descended from Archduchess Maria Carolina of Austria and Ferdinand I of the Two Sicilies, parents of Charlotte’s maternal grandmother Maria Amalia and Maximilian’s paternal grandmother Maria Theresa of Naples and Sicily.

Maximilian and Charlotte were attracted to each other, and Maximilian proposed their marriage to Charlotte’s father Leopold. The princess had been courted as well by Pedro V of Portugal and Prince George of Saxony, but loved Maximilian and his liberal idealism. Charlotte chose Maximilian over her father’s preference, the Portuguese Pedro V, and her father approved the marriage, and began negotiations over a dowry.

Charlotte married Maximilian on July 27, 1857, at age 17. The young couple lived first in Italy in a palace built by Maximilian on the Adriatic, where Maximilian was serving as governor of Lombardy and Venice beginning in 1857. Though Charlotte was devoted to him, he continued to attend wild parties and visit brothels.

She was a favorite of her mother-in-law, Princess Sophie, and had a poor relationship with her sister-in-law, Empress Elisabeth of Austria, wife of her husband’s older brother, Franz Joseph.

When the Italian war for freedom began, Maximilian and Charlotte fled. In 1859, he was removed form his governorship by his brother. Charlotte stayed at the palace while Maximilian traveled to Brazil, and he is said to have brought back a venereal disease which infected Charlotte and made it impossible for them to have children. Though they maintained the image of a devoted marriage in public, Charlotte is said to have refused to continue marital relations, insisting on separate bedrooms.

Napoleon III had decided to conquer Mexico for France. Among the motivations of the French was to weaken the United States by supporting the Confederacy. After a defeat at Puebla (still celebrated by Mexican-Americans as Cinco de Mayo), the French tried again, this time taking control of Mexico City. Pro-French Mexicans then moved to institute a monarchy, and Maximilian was selected as the Emperor. Charlotte urged him to accept. (Her father had been offered the Mexican throne and rejected it, years earlier.) Francis Joseph, Emperor of Austria, insisted that Maximilian give up his rights to the Austrian throne, and Charlotte talked him into renouncing his rights.

The couple departed from Austria on April 14, 1864. On May 24 Maximilian and Charlotte – now to be known as Carlota – arrived in Mexico, placed on the throne by Napoleon III as Emperor and Empress of Mexico. Maximilian and Carlota believed that they had the support of the Mexican people. But nationalism in Mexico was running high, and other factors were at play that would ultimately doom Maximilian’s reign.

Maximilian was too liberal for the conservative Mexicans who supported the monarchy, lost the support of the papal nuncio (the envoy representing the Pope) when he declared freedom of religion, and the neighboring USA refused to recognize their rule as legitimate. When the American Civil War ended, the United States backed Juárez against the French troops in Mexico.

Maximilian continued his habits of relationships with other women. Concepción Sedano y Leguizano, a 17-year-old Mexican, gave birth to his son. Maximilian and Carlota attempted to adopt as heirs the nephews of the daughter of Mexico’s first emperor Agustin de Itúrbide, but the American mother of the boys claimed that she had been forced to give up her sons. The idea that Maximilian and Carlota had, essentially, kidnapped the boys further eroded their credibility.

Soon the Mexican people rejected foreign rule, and Napoleon, despite his promise to always support Maximilian, decided to withdraw his troops. When Maximilian refused to leave after the French troops announced they would pull out, the Mexican forces arrested the deposed Emperor.

Carlota convinced her husband not to abdicate, and she returned to Europe to attempt to gain support for her husband and his precarious throne. Arriving in Paris, she was visited by Napoleon’s wife Eugénie, who then arranged for her to meet with Napoleon III to get his support for the Mexican Empire. He refused. At their second meeting, she began crying and could not stop. At their third meeting, he told her that his decision to keep French troops out of Mexico was final.

She slipped into what was likely a serious depression, described at the time by her secretary as “a grave attack of mental aberration.” She became afraid that her food would be poisoned. She was described as laughing and weeping inappropriately, and talking incoherently.She behaved strangely. When she went to visit the pope, she behaved so strangely that the pope allowed her to stay overnight at the Vatican, unheard of for a woman. Her brother finally came to take her to Triest, where she remained at Miramar.

Maximilian, hearing of his wife’s mental illness, still did not abdicate. He attempted to fight the troops of Juárez, but was defeated and was captured. Many Europeans advocated for his life to be spared, but it was ultimately unsuccessful. Emperor Maximilian was executed by a firing squad on June 19, 1867. His body was buried in Europe.

Carlota was taken back to Belgium that summer. From then on, Carlota lived in seclusion for the last nearly sixty years of her life. She spent her time in Belgium and Italy, never recovering her mental health, and perhaps never fully knowing of her husband’s death.

In 1879, she was removed from the castle at Tervuren, where she had retired, when the castle burned. She continued her strange behavior. During World War I, the German Emperor protected the castle at Bouchout where she was living. She died on January 19, 1927, of pneumonia. She was 86 years old.