The Evangelical leaders and false prophets have – SHOT THEIR WAD – by backing The Grand Liar of Lucifer! You can not have prophecy – without some truth!

“I can’t understand the Government’s attitude over the pirates,” Beatle George Harrison declaimed in an interview. ”Why don’t they make the BBC illegal as well. It doesn’t give the public the service it wants, otherwise the pirates wouldn’t be here to fill the gap.”4 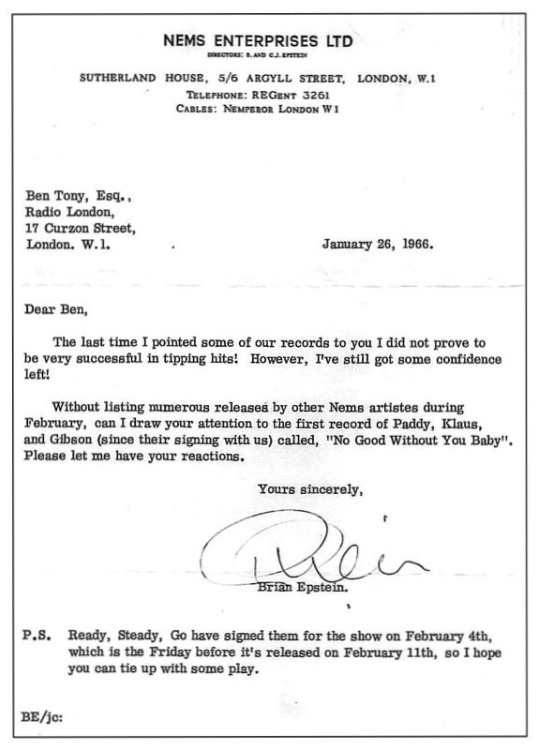 ‘It was on the formation of Pall Mall Music* that Brian Epstein became interested in doing business with us. I met Brian several times to discuss the artists he wanted to promote through Pall Mall. We made several deals for artists in his stable, including Billy J. Kramer; Paddy, Klaus, and Gibson and The Silkie.’ – Radio London programme directorBen Toney (The Amazing Radio London Adventure: The Untold Story of Radio London by Ben Toney) [x