Armstrong and ‘The Temple Prophets’ 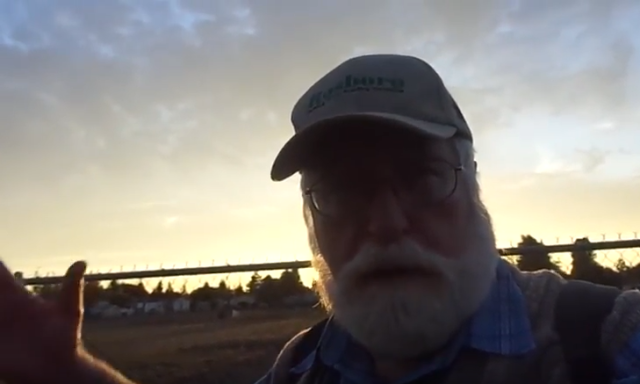 Malachi 4:5 “See, I will send you the prophet Elijah before that great and dreadful day of the LORD comes.

It was ‘The Temple Prophets’ who came to name John the Baptist when he was eight days old. They served in the Holy of Holies where total silence was called for. They SPOKE in a SIGN language. When they came to name the eight year old infant, they USED TEMPLE SIGN LANGUAGE in order to test if this infant was a Temple Prophet. The child signed back. John the Baptist then wrote Revelations and presented his visions at the temple when he was thirteen. Every Priest was amazed.

I have cut the Gordian Knot with the Sword of an Angel! For a year I lived in almost total isolation on Harlow Street, not but a two hundred yards from KORE. I was drawn into the Bible.

I wish I could have gone into KORE and found Herbert there. I would turn to Luke and show him what God showed me. No one but I have seen the infant John speaking, and writing with THE HAND OF GOD!

“I am proud to present to you, this day THE AUTHOR OF REVELATIONS!

Repent!………..for this may not be a good thing, that I found the truth. I would rather be The Fool walking with my beloved cats. What is a “horn of salvation”?

62  And they made signs to his father (son) how he would have him called.

63  And he (the babe) asked for a writing table, and wrote, saying, His (my) name is John. And they marvelled all.

64  And his (John’s) mouth was opened immediately, and his tongue loosed, and he spake, and praised God.

65  And fear came on all that dwelt round about them: and all these sayings were noised abroad throughout all the hill country of Judæa.

66  And all they that heard them laid them up in their hearts, saying, What manner of child shall this be! And the hand of the Lord was with him.

“One of the harshest realities people can face is to learn that they have been lied to about their religious beliefs–that they have been deceived. This is one of the most difficult barriers in life to break. People instinctively defend their beliefs because they are foundational to their entire outlook on life–the core of their decision making process in all matters of life.
Lying–deception–is one of the most refined character flaws of mankind.”

Well, I do agree with that.
The problem with protecting something because it is a longstanding thing means you are sacrificing truth. I have said it before, I say it again; Why why why, would you sacrifice truth for a longstanding, time-invested lie?

Herbert didn’t have truth. He was a sinful man who knowingly continued, for ten long years, in a very disgusting sin. He did not understand covenants, he didn’t understand the Bible, and he plagiarized the large majority of his literature.

It is said that Herbert was the “End-Time Elijah.” The problem is;
Elijah was a PROPHET.
1 Kings 18:36 “… the prophet Elijah stepped forward and prayed…”

But when calling people on Herbert’s failed prophesies, we hear the patented excuse;
“Herbert’s ‘predictions’ were wrong, because he wasn’t a prophet, he was an apostle!”

Well, you can’t have it both ways – He was either the end-time Elijah or he was an apostle. One, or the other. Not both.
It is not possible to be the end-time-Elijah, and NOT be a prophet! If he’s not a prophet, he’s not an Elijah. This is simple logic. Simple reasoning.

Let’s see what the Bible says;

Malachi 4:5 “See, I will send you the prophet Elijah before that great and dreadful day of the LORD comes.

People tend to hear only that which supports their own ideas and ignore contradictory evidence; in psychology, this is known as confirmation bias.

If you don’t believe anything on this blog, it is a tell. In other words; I, therefore, know that you actually did not take out your Bible and study the information or ask God for guidance in your search. If you did, then you are guilty of the previous paragraph and really have no interest in the truth, rather, your interest is in protecting what you think to be true.

You know what I find interesting? And this is quite telling; I have noticed a pattern in people. Setting aside Christianity and looking at life in general, this is what I see- Some people have a particular trait; they want to be the best person they can be. I don’t mean the best at their job or whatever, I mean the best Mom or Dad they can be, or the best spouse they can be, or the best friend they can be, etc. and therefore they are honest with themselves. They don’t defend or deny when they are wrong about who said “I will fight no more forever” or make excuses when they turned right when they should have turned left, or deny the outcome of a scientific experiment or study. Why? Because they know that if they make excuses or deny the mistake, they cannot truly learn, they cannot grow, and if they cannot grow or learn, they cannot become the person they wish to be.

If you are the individual who is honest with yourself, then you are honest in all aspects in your life, unless you have some area you’ve not become aware of yet. This means you are honest in you study of God’s word as well. Why? Because you want truth. You don’t want to delude yourself. You’re not interested in living lies or living in the dark. You get no joy out of a game when your opponent lets you win, because you know it’s not a win. There are some, however, who will delude themselves and say “I won!” and deny that they were given the win. They don’t care. They don’t mind living the lie.

With this type of individual, how do you think Bible study would go for them? Will they be in search of, interested in, truth, or will they also delude their self in this most important aspect of their life? Will this person be more interested in pride, saving face, etc. thus, living a lie and remaining in the dark?

Personally, regardless of the aspect of life; Christianity or any other aspect aside from Christianity, scientific or personal, I don’t understand how or why an individual would be willing to or could live like that. I simply cannot relate. Never, would I want to live a lie in any aspect of my life.
Surely, you don’t either.

1 Response to Armstrong and ‘The Temple Prophets’