Millions of Jews hate what Trump did to the Kurds. 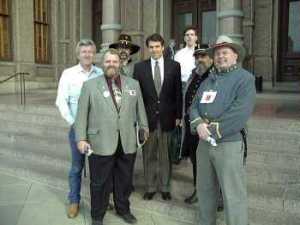 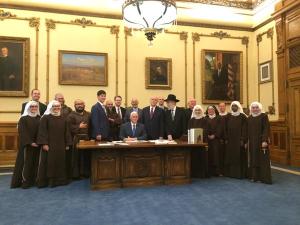 After I posted my last post I turned on the news and heard Governor Pence had signed a law protecting religious people from secular government. This comes after Netanyahu sounded the charge in our Congress. With thirty million evangelical voters behind him thirsting for another holy war, here comes the Christian Crusade out to destroy its No.1 enemy, the Democrats and the Poor. The ZCC (Zionist Christian Crusaders)  have written a bill that cuts aid to the poor and elderly while giving billions more to the military.

Meanwhile, our elected Human Leader sends help to Saudi Arabia to fight the other religious jihadists and terrorists who do evil in the name of their deity. There is no evidence this does anyone any good.

It’s time to bring out the Iron Clad Oath and force ZCC leaders to sign it, starting with Rick Perry who is seen with ne0-Confederates wearing the uniform of Traitors.