I just sent a e-mail to my Congressman, Peter DeFazio. It is a part of the Congressional Record. Pete got the condensed version of the following. I left out Rena and Ian, and the prophetic-psychic possibilities. I’ll save that for my other movie……’High Noon Whistle Blower’. I am a psychic whistleblower.

Above is a photograph of Commodore Ian Easton who was the head of the British Defence Staff in the USA. It was his job to make sure the Unity that came to be after World War Two, continued. An agreement was made to share military intelligence because we shared the same world interests. My former muse, Rena Easton, was married to the Commodore. These two – are up! They have been the subjects of my profoundly prophetic posts, where I literarily grope about in the dark for years, and, come up with pertinent information. My gifts should be utilized.

For five years the information I gathered – was only important to me. Today, my posts are of interest to the world, for I suspect Trump is going to be tried for Treason. He deserved to be Impeached for Dereliction of Duty as Commander in chief, for, we have troops in the Ukraine. Here they are. POTUS put their lives in danger by having a big mouth, and sending his attorney to the Ukraine who owns a Big and Crazy Mouth – because he is INSANE! Our agent had to be pulled out of Russia. What if the Enemy of ALL American had heard about the oppression of the Whistleblower report, and attacked our paratroopers, with drones? Our military and form of government would lose FACE! It would appear we betrayed our allies. Canada also has troops in the Ukraine. This is not about going after Democrats, again.

in 1971 the Mafia tried to kill me after I testified I saw a mobster hand a building inspector a wad of money. I blew the whistle on Belle and SLEEPS. I called the FBI on Kim Haffner and my neighbors who borrowed the threats of  Alley Valkyrie and her friends in order to terrorize me. This constitutes Conspiracy.

My Letter From Homeland Security 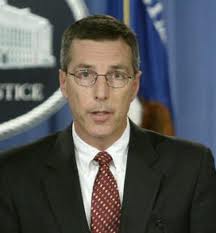 Below is my letter from Gary M. Bald who assured me there were no arrests or trial in regards to terrorist threat to Olympics in Sydney in 2000, a year before 911.

“The trial had earlier been told how Hambali provided Roche with access to al-Qaeda officials including Osama bin Laden, and how he travelled to Afghanistan via Pakistan to meet them. The notes of these meetings described how al-Qaeda had agreed to have three white Australian Muslims undertake firearms and explosives training in Afghanistan, while Roche co-ordinated operations in Australia.”

In January 1999, Mr. Bald was detailed to the Criminal Division at Headquarters, and later to the Inspection Division, where he led the investigation of a high-profile Organized Crime/Corruption matter in the Boston Division relating to the James “Whitey” Bulgar case.

Congressman Peter DeFazio forwarded your April 9th. e-mail regarding an alleged threat to the 2000 Summer Olympic Games in Sydney, Australia, to the FBI’s Office of Congressional Affairs. Your inquiry was referred to my office because
your concerns fall within the purview of the FBI’s Counterterrorism Division. We appreciate the interest which prompted you to write. Regarding your concerns that members of “Al-Qaeda were released after being caught with plans to blow up a nuclear plant, “near the site of the 2000 Summer Olympic Games, I can assure you that the Australian and U.S. authorities aggressively investigated initial report of this potential threat. However, it was later determined that no threat existed. Additionally, contrary to media accounts, no arrests were made because no crime was committed. The security for the 2000 Sydney Olympic Games was very
well organized and communication with the U.S. Government was unprecedented. I hope this information is helpful to you and will serve to allay some of your concerns. Sincerely yours, 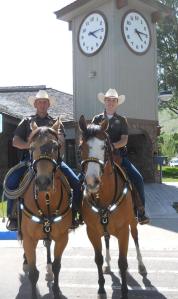 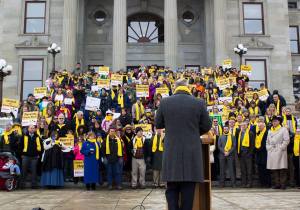 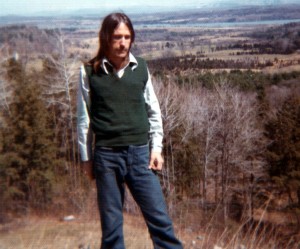 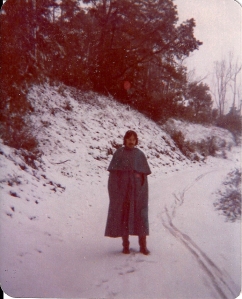 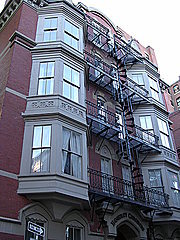 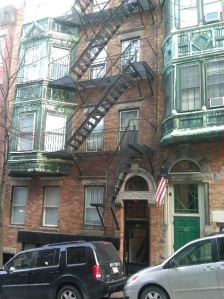 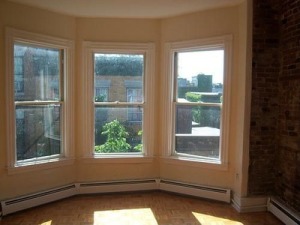 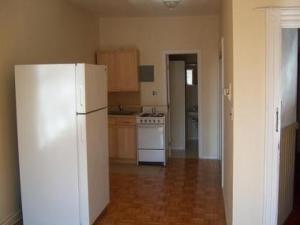 Above is me in 1971. I lived on Beacon Hill in this apartment building. I had unlimited guts. I took on the whole world.

In 1971 my attorney told those who refused to move out of our home on 40 Anderson Street, a four story building on Beacon Hill, to move to the top floor for our safety. I was in a legal battle with the brother-in-law of the head of Boston’s Mafia, and they were losing. This guy was a top-notch attorney. The owner of the grocery store down the street who liked me, said;

“They want their building back. They will hurt you.”

When I heard the door being kicked in on the main floor, I rushed downstairs to find the door to the old managers apartment knocked off its hinges. Then I heard the awful sound of the squatter’s three month old black lab having its throat cut. I shouted;

There was silence, and then this question;

“Are you the manager?”

“You come in here!”
“We got something for you!” said the second voice.

When I refused, they came out carrying bloody knives. I stood my ground. Just them, Shaheb let out a long blast from his horn. He was on the steps with three of my neighbors. These demons folded their knives, walked passed me with smirks on their face, and were out the door. I rushed to find the puppy. I almost fainted when I saw its blood smeared on every wall. I went in search of her and found her body stuffed behind the toilet. I picked her up. She was still warm. I began to cry. I began to wipe her blood off the walls before her owners came home. When they did, I was still crying because it was my vanity, our vanity, that killed her. She was completely innocent. She didn’t have a clue about the battle for the building she lived in. She was happy. She was horrified by the cruelty inflicted on her. I will forever hear her cries.

We won our case. No one likes killers of puppies. Not ever the mob bosses. This is when Shaheb told me he was considering getting guns to fight for the building that was sold in auction to a family construction company who never made the changes they said they were. It took all the light I could muster to talk Shaheb out of a armed stand-off.