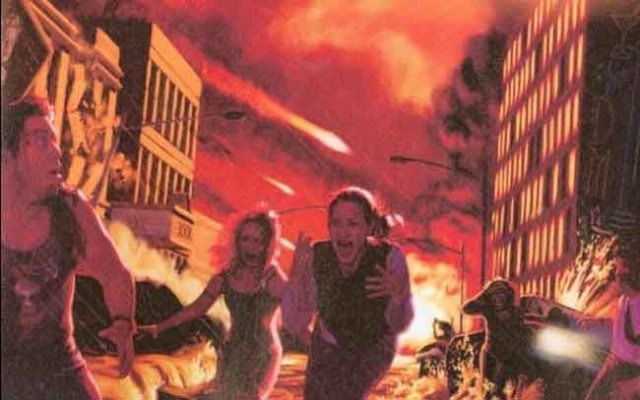 On this day, I place all Fairytales under the protection of The Rosamond Guild. I do this because Western Man has depended on a Literary Base upon which to establish Reality, and return to said Reality, when there has been a Major Deviation.

As of today, the legs upon which Western Reality has long relied upon, have been cut down. Today’s News resembles a Fairytale, complete with Evil Tyrant.

The Queen of England gave her approval to Boris Johnson – to suspend Parliament! Our President cursed millions of people living in Puerto Rico, after cursing American citizens for not showing enough respect for Israel, that is not a U.S. Territory. The Evangelical Pope has offered to entertain foreign dignitaries at his private Villa. At the same time, Pope Donald vowed to pardon all his men who seize land from U.S. Citizens – ILLEGALLY – so he can build his glass fantasy wall! This brings me to declare…………

THE PROTESTANT CHURCH IN AMERICA, AND ALL ITS OFFSHOOTS – DEAD!

Our Founding Fathers were Protestants – who hated the Catholic Church. They hated all royal houses because they believed in ‘The Divine Rule of Kings’ which was invented by The Papacy. Our Founding Fathers did not create a Democracy in  order to get more believers, but, to PREVENT a Pope from coming to reign in the U.S. That terrible day, has arrived. And, there is not one major evangelical leader – that cares!

Pat Robertson blamed a Florida hurricane on the celebration of Gay Pride. Pope Donald wished harm to mothers and children because he feels the leader of Puerto Rico does not respect him. The American Pope offered to trade Puerto Rico for Greenland, which puts Pope Donald firmly in the footsteps of Adolph Hitler!

Turning the James Bond Death Tales into a semi-Fairytale, is a step in the right direction, because, right now, it might be the only valid cosmology – and religion! There is talk about Pope Donald forcing us to worship his DEAD crazy-ass mother – MARY! What’s wrong with Mary, is what’s wrong with her son. Caring about their hair – may be the only thing they care(d) about! Donald was abandoned by Mary’s hair. There are Fairytales about hair.

Unless Pope Francis admonishes POTUS in the next 24 hours, than – I declare the Catholic Church – DEAD! It’s official the Protestant Church is a – DEATH CULT!

It is being reported The Papal Trumpire is sending letters to parents of children being treated for cancer, saying they have 33 days to get out of the U.S. or they will be thrown out of hospitals! Cone on Francis! You’re up!

Since the dawn of civilization there have been Storm Gods and their sage-prophet-priests who bless the victims of storms, or, pray that storms spare The People. I made up the story that Pope Donald will force us to worship his mother – for very selfish reasons – because he does not give a shit about anybody outside his family. How dare Pope Jon accept the title ‘Messiah’ from mentally ill Rabbis and their leaders! As a Nazarite prophet, I demand Trump be denounced for wishing the people of Puerto Rico – the worst! If a major Rabbi does not speak out. I will announce Judaism – DEAD! What are these world religions good for? Where is the outrage, and the blessing of Islam? We are done with the Cursing Gods! Give us back Ba’al who cared about our crops and whether his people starved to death! Ba’al wanted everyone to be happy – not cursed!

There is much evidence Jesus presented himself as ‘The Son of Baal’ whose worship was always very popular amongst the Jews, and may have spread to the Diaspora to other peoples of other nations – especially Roman citizens! We do not hear Jesus praising his alleged father, and that’s because He failed to keep the Romans from conquering Judea. John the Baptist was trying to bring back Jews to the worship of YHWH with the reinstatement of the Nazarite Judges. This is why Jesus was such a great threat to the Pharisees, of which Saint Paul was one. Did it really matter if Pagan’s worshipped Baal or YHWH? What were the benefits again?

President Donald Trump bore down on Puerto Rico on Wednesday as Tropical Storm Dorian threatened to become the first powerful storm to hit the island since it was devastated by Hurricane Maria nearly two years ago.

“Puerto Rico is one of the most corrupt places on earth. Their political system is broken and their politicians are either Incompetent or Corrupt. Congress approved Billions of Dollars last time, more than anyplace else has ever gotten, and it is sent to Crooked Pols. No good!” Trump wrote in a post on Twitter.

“And by the way, I’m the best thing that’s ever happened to Puerto Rico!” he added.

In the months before President Donald Trump expressed interest in purchasing Greenland, he reportedly joked in a meeting with aides about trading Puerto Rico for the semi-autonomous Danish island, which is not for sale.

Minnesota Congresswoman Ilhan Omar is firing back in a public feud with the Alabama Republican Party. Omar called out the state GOP for its support of a Senate candidate that was embroiled in numerous sexual assault allegations, after the state party urged that she be expelled from Congress.

President Trump on Wednesday blasted The Washington Post over a report that he urged aides to do whatever is necessary to complete construction of the wall along the southern border, and that he would pardon them if they broke the law.

Baʿal is well-attested in surviving inscriptions and was popular in theophoric names throughout the Levant[22] but he is usually mentioned along with other gods, “his own field of action being seldom defined”.[23] Nonetheless, Ugaritic records show him as a weather god, with particular power over lightning, wind, rain, and fertility.[23][d] The dry summers of the area were explained as Baʿal’s time in the underworld and his return in autumn was said to cause the storms which revived the land.[23] Thus, the worship of Baʿal in Canaan—where he eventually supplanted El as the leader of the gods and patron of kingship—was connected to the regions’ dependence on rainfall for its agriculture, unlike Egypt and Mesopotamia, which focused on irrigation from their major rivers. Anxiety about the availability of water for crops and trees increased the importance of his cult, which focused attention on his role as a rain god.[12] He was also called upon during battle, showing that he was thought to intervene actively in the world of man,[23] unlike the more aloof El. The Lebanese city of Baalbeck was named after Baal.[26]