Does Bavo descend from Trojans? https://rosamondpress.com/2018/11/19/the-falcon-college-of-art/ 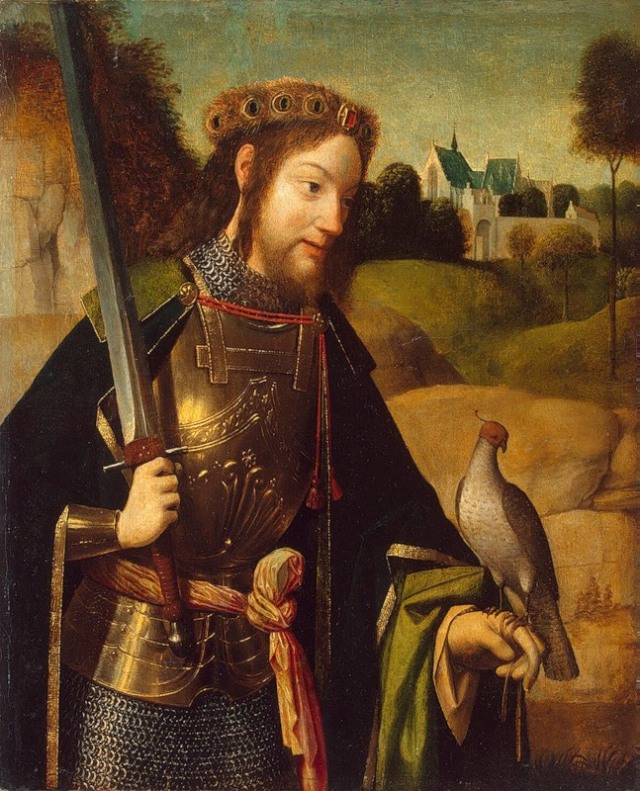 I found him! Bavo is on the shutter of Bosch’s masterpiece. Allowin will be the name of my Tolkien Revelation.

Saint Bavo of Ghent (also known as Bavon, Allowin, Bavonius,[1] and Baaf) (622–659) was a Roman Catholic and Eastern Orthodoxsaint.

Bavo was born near Liège, to a Frankish noble family that gave him the name Allowin.[2] His father was Pippin of Landen, the Mayor of the Palace of Austrasia.

A wild, young aristocrat of Brabant [nl], he contracted a beneficial marriage, and had a daughter through it. He was a soldier[1] who led an undisciplined and disorderly life. Shortly after the death of his wife, Bavo decided to reform after hearing a sermon…