Bring Him – To Love Justice! 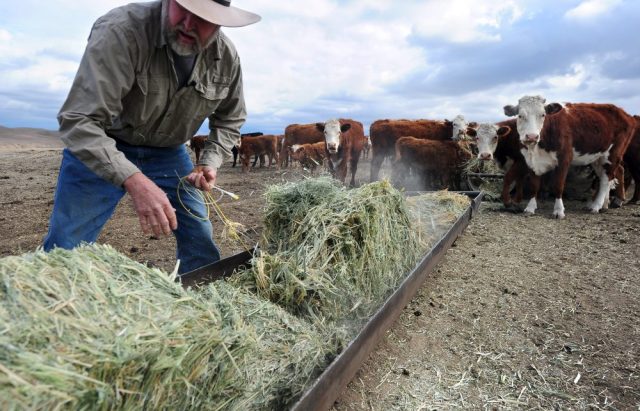 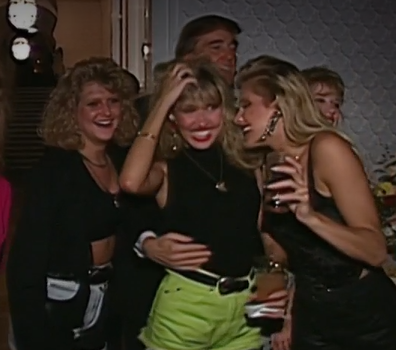 Evangelicals LOVE their Love Man more than ever! POTUS is protecting White Christians from Women of Color, and their accusations their Messiah President is a – RACIST! No white person has ever admitted they are a racist! I tried to warn Ed Ray about this. When you suggest to a White Christian they chose a Racist Sex Maniac to be President, you are accusing Jesus of being a Racist Child Abuser! When it APPEARS you have the Moral High Ground, anyone who gives real evidence you do not – should be locked up in a gas chamber! Martin Luther hated the Jews because they were rivals, and, had good information on the nature of God. We have come to the Point of No Return that I have been warning my Fellow Americans about in this blog – for tent years!

The show will go on – and is UNSTOPPABLE!

“Shoot a ungodly wad of sperm across their bow! These cows love it!” 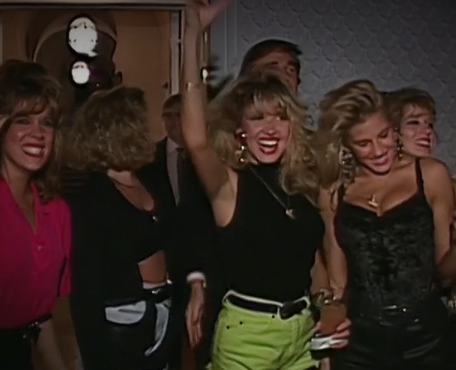 Before we delve further into this Art Gone Wrong, let us work on our pronunciation of covfefe. Let us go to the source. In this video we hear Artaud under the influence. In these photographs we see Antonin before he had his first cup of covfefe.  He knows he must look calm and collected, or, his waiter will not serve him. Seconds after he has ingested covfefe, Antonin is in state of puffing enjoyment. Nicotine goes well with covfefe. Now that our President has abolished the International Bad Air Act – light em up – anywhere!

In the third photo, Artaud is already in need of a second cup. His eyes are rolling to the back of his skull, a dead give-away he is about to lose control. When he is refused service, Artaud grabs his waiter by the neck – and body-slams him to the floor! 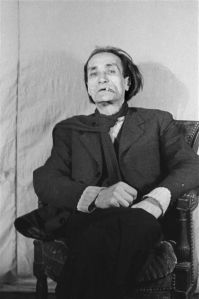 Need I repeat the WARNING? Covfefe will severely wrinkle your skin and eventually turn you into a Cowering Covfefe Coward who must have some more Precious, as this brew is called. Talking to ones self, or Jesus, is a side effect. Need I point out the rumor, that our President has overdosed on covfefe, and is up all night tweaking and tweeting, he well on his way to becoming a Covfefe Creature of the Night. While most of us are asleep………he glowers over us all. Big Brother is twittering you! 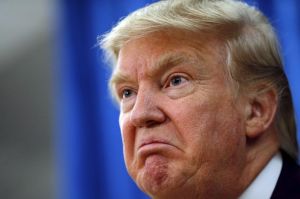 “Despite the constant negative press covfefe,” the tweet read. That was it. It ended abruptly, as if someone stopped him, or he stopped himself, or perhaps he never meant to send it.

No, “covfefe” isn’t a typo, at least, not on the part of The Washington Post.

Within six hours, it had been retweeted more than 127,000 times and “liked” more than 162,000 times — making it one of his most popular tweets in months. By then it had become a massive Internet joke.

But by then the “word” covfefe had been trending all night. One company even appeared to have made a shirt with that odd combination of letters written across the front in bold, block letters.

“Don’t talk to me until I’ve had my #covfefe,” wrote one user.

The word “covfefe” does not appear in the Merriam-Webster dictionary. When searching for it on the company’s website, the dictionary suggests “coffee,” “coven,” “cover,” “covet,” “covey” and “cuvee.”

Clearly, it isn’t an English word. Some tweets employing “covfefe” offer the option to translate it from Norwegian, though that appears to be a glitch of some sort. “Covfefe” does not appear to be a Norwegian word, either.

Desperate for a definition, some Twitter users came up with a few, such as coffee or a synonym to “The Lion King’s” “Hakuna Matata.” (“It means no worries, for the rest of your days.” Some would say it’s a “problem-free philosophy.”)
Melania Trump said in a statement that, “As a mother, a wife, and a human being, that photo is very disturbing. When you consider some of the atrocities happening in the world today, a photo opportunity like this is simply wrong and makes you wonder about the mental health of the person who did it.”

Griffin, a veteran stand-up comedian and actress who has won two Emmys for her reality show “My Life on the D List,” had shared the image in a now-deleted tweet.

In a second tweet, she added: “OBVIOUSLY, I do not condone ANY violence by my fans or others to anyone, ever! I’m merely mocking the Mocker in Chief.”

The photo was shot by Tyler Shields, whose own biography notes that he is “recognized as ‘Hollywood’s favorite photographer,’” having evolved from the “‘bad boy of photography,’ with his controversial bloodstained photographic series featuring Lindsay Lohan.”

Griffin said Tuesday night that she has asked Shields to take down the image.

Kathy Griffin continued to drown in backlash over a gruesome photo shoot that has enraged President Trump, drawn bipartisan criticism, and could endanger her relationship with CNN, for whom she co-hosts an annual New Year’s Eve show.

The comedian and reality TV star apologized Tuesday night for a shocking picture in which she was seen holding a prop of Trump’s bloody, severed head.

In a video posted on social media, Griffin said she crossed the line and that the image was too disturbing.

AUTHOR’S NOTE: There is breaking news this morning that the United States has or is about to withdraw from the Paris climate accord. I have a full rundown of where we are on the issue — and who’s saying what about it — right after The Lightbulb.

In an era of charged partisanship, there is at least one part of the government that consistently draws at least some across-the-aisle support: The Department of Energy.