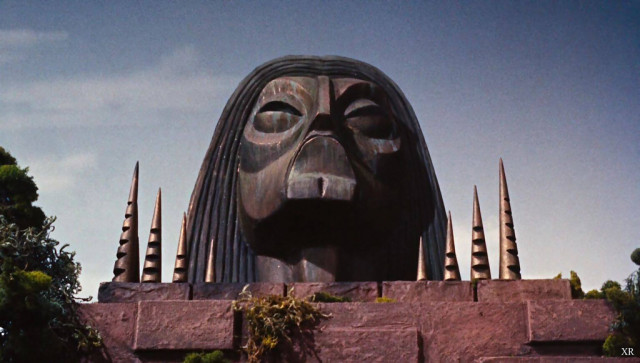 Kim Haffner denied me my Civil Liberties. She and her Cult impeded my coming and going to my residence. They attacked my newspaper and tried to impede my right to Freedom of the Press.

I suspect Alley Valkyrie is looking for a way to exploit the idea that the homeless believe the monies spent on reconstructing Notre Dame, should be spent on them. This is a theme members of SLEEPS put forth before the Eugene City Council, and the press.

Alley made the worst video I have ever seen. She says she wanted to make it at “the Nun’s graveyard” but, was impeded. Now she sets out to get to the river so she can film herself by the river, but, again she is impeded. Then she asks for suggestions on what to film. Perhaps her fan club in Springfield can come up with something, like, attack the ruins of Notre Dame? Evangelicals say Catholics are not Christians.

Take a look at Alley’s face! That’s the face of a real witch. I know the Mayor and the Springfield Police don’t want The Alley Gang coming round her – or her backers!

Why so many Protestants do not consider Catholics Christian

Alley Valkyrie breaks down the current situation in Notre-Dame-des-Landes at the ZAD (French: zone à défendre; English: zone to defend) in rural western France. What originally began as the defense and occupation of a large patch of relatively undisturbed land from a state-sanctioned developmental project to build a massive international airport, has over time become become a place, by its occupants, to experiment with living communally, non-hierarchically, and outside the socio-economic logic of capitalism (to a degree) that pervades the dominate culture and society.

PARIS (AP) — French yellow vest protesters set fires along a march route through Paris on Saturday to drive home their message to a government they see as out of touch with the problems of the poor: that rebuilding the fire-ravaged Notre Dame Cathedral isn’t the only problem France needs to solve.

Like the high-visibility vests the protesters wear, the scattered small fires in Paris appeared to be a collective plea to the government to “look at me — I need help too!”

Police fired water cannon and sprayed tear gas to try to control radical elements on the margins of the largely peaceful march, one of several actions around Paris and other French cities.

While the decision to build the airport has been recently rescinded by the French State under President Emmanuel Macron, the ZAD has, in recent weeks, been under daily assault by thousands of riot police, in an attempt of force the occupants off the land, and ultimately demolish what has been built there. Alley Valkyrie brings us all up to speed on the details of what is happening there objectively, as well in her subjective experience visiting and volunteering at the ZAD.

Alley Valkyrie is an activist, political theorist, and co-founder and contributor at Gods&Radicals.org

This is a segment of episode #116 of Last Born In The Wilderness “A Zone To Defend: The Historical/Cultural Context & Purpose Of The ZAD w/ Alley Valkyrie.” Listen to the full episode: https://bit.ly/2HVEQB8

Fresh clashes have erupted in Paris during the 23rd round of protests. Demonstrators have turned their anger to the French billionaires who have vowed to rebuild the iconic cathedral but who they say won’t help the poor.

An example of Protestant propaganda, this shows four men killing the Pope and two other men man — one labeled “hypocrisy” and the other named “greed” — with stones made from the Gospels. This is a false charge, but any rock will do to beat the Church, to paraphrase Chesterton.

To understand why Protestants teach what they do, we must first go back in time to the Protestant Reformation. During that time, there was a lot of political propaganda perpetuated by the Protestant leaders and their political supporters. Among that propaganda, is an idea that lasts to this day. It can be summed-up nice and easy: “The Catholic Church has absorbed all kinds of non-apostolic traditions and as such is no longer Christian.”

Some of Paris’ 150,000 homeless people say the huge fundraising haul to rebuild Notre Dame Cathedral puts their plight into perspective.

As more than $1 billion has rolled in to repair the Notre Dame Cathedral in Paris, a debate is raging over whether the glut of donations would have been better spent on other causes.

People on social media asked why similar support was not going to Native American sacred lands destroyed in fracking and development, to historically black Louisiana churches devastated in arson attacks, to the fight against climate change, or to development aid for African countries. (In the case of black churches, the post-Notre Dame publicity led to a surge in donations.)

Meanwhile, within France, many are saying the heaps of money should be directed toward French people in poverty. Over the past year, homelessness has increased by 21 percent in Paris. And for months, the “Yellow Vest” movement has been protesting rising social inequality in the country. The Yellow Vests and their allies saw President Emmanuel Macron’s pledge to rebuild Notre Dame within five years as further proof that he’s prioritizing the wrong causes.

“If they can give tens of millions to rebuild Notre Dame, then they should stop telling us there is no money to help with the social emergency,” Philippe Martinez, who leads the General Confederation of Labor trade union, said on Wednesday.