There is only One Great Bad Guy in the world, and that is the President of the United States. For two years Trump has done EVIL to make sure all the attention is on him. Everyone is a FAKE, but him. However, he loves the Mueller REPORT – he has not read! Why won’t he let THE PEOPLE read the REPORT?

Ian Fleming wanted Richard Burton to star in the first Bond movie. Above is a pic from the scene that is being shot for the next Bond movie. How stupid is this? Of course it is The Phantom of the Opera, one of Trump’s – HEROES!

I am thinking of doing a Spoof (Fake) movie that will bring Richard Burton and Elizabeth Taylor back to life as Nick and Nora from The Thin Man. They are modeled after Martha and George from Who’s Afraid of Virginia Woolf? How about a play?

Martha and George are two upper crust drunks who were recruited by the CIA when they attended Harvard. They spent some time in Russia, but, did not see a lot of action. Now retired, they are invited by the future President of the United States to stay at Key Largo. They show up, stumbling drunk – and arguing!

Due to their training, they noticed something peculiar. Every time their host told another whopping lie, a guest drops dead! They quarrel about getting involved. They are too old for this. They befriend a young couple, and let them in on THE SECRET.

“You much help us stop Ronald Rumproast the third, from lying! We may be next.”

This play is about the Lost Art of Minding Your Own Business. Albee would love it!

“Oh my God, Martha! He just said his father was born in Germany!”

“Uh-oh! Ronald just announced he is running for President!”

“We must stop him, before it’s too late!”

Donald Trump has wrongly claimed his father was born in Germany, again, during a press conference with the Nato secretary general, Jens Stoltenberg.

Trump made the claim while criticizing Germany’s chancellor, Angela Merkel, whose country, the president said, “was not paying their fair share” toward the military alliance. 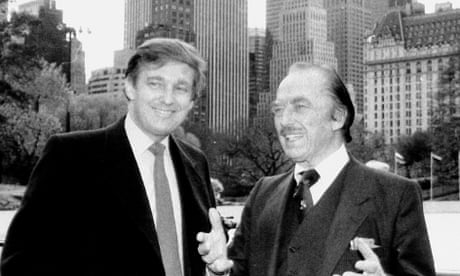 President Trump on Thursday blasted The New York Times, claiming the outlet had “no legitimate sources” for its latest report that claimed Special Counsel Robert Mueller’s Russia report was more damaging to the president that Attorney General William Barr revealed in his summary.

“The New York Times had no legitimate sources, which would be totally illegal, concerning the Mueller Report. In fact, they probably had no sources at all!  They are a Fake News paper who have already been forced to apologize for their incorrect and very bad reporting on me!” Trump tweeted Thursday.

The president’s tweet comes after The New York Times published a story on Wednesday, claiming that prosecutors on Mueller’s team said that Barr’s summary of the report was insufficient and that the results of the investigation were more troubling for the president than the attorney general stated to the public last month.

Barr’s initial summary of Mueller’s more than 300-page report revealed that the special counsel found no evidence of collusion between members of the Trump campaign and the Russians during the 2016 presidential election.

The special counsel was also reviewing whether the president had obstructed justice in any way, but ultimately did not come to a conclusion on that issue. Barr and Deputy Attorney General Rod Rosenstein, instead, made the decision, saying that the evidence was “not sufficient to establish that the president committed an obstruction-of-justice offense.”