Mueller must be fuming. He knows he is next for this low-life treatment from intellectual grunts who could not best Adam. The artist who did this should be shamed! She/she is a traitor! Justice is being mocked – from the White House! Historians will have their day. The words they will use to describe Bobo are

Bobo has put his disguise on a Senator who has been very open and precise, and, has done a good job. Bobo has not done a good job at uniting the United States. This makes our real enemy, very happy. Mr. Chuckles is chuckling away with his cronies in Moscow.

Bobo plays the Phantom of the Opera at his rallies. Being the King of Gotham New York, he is The Joker. Barr will be the next Cohen. He will regret writing any opinion. In a dictatorship, only one opinion matters.

Listen to the Christian broadcaster nail Bobo to the barn door. Why Christians voted for him is the next worthy investigation. 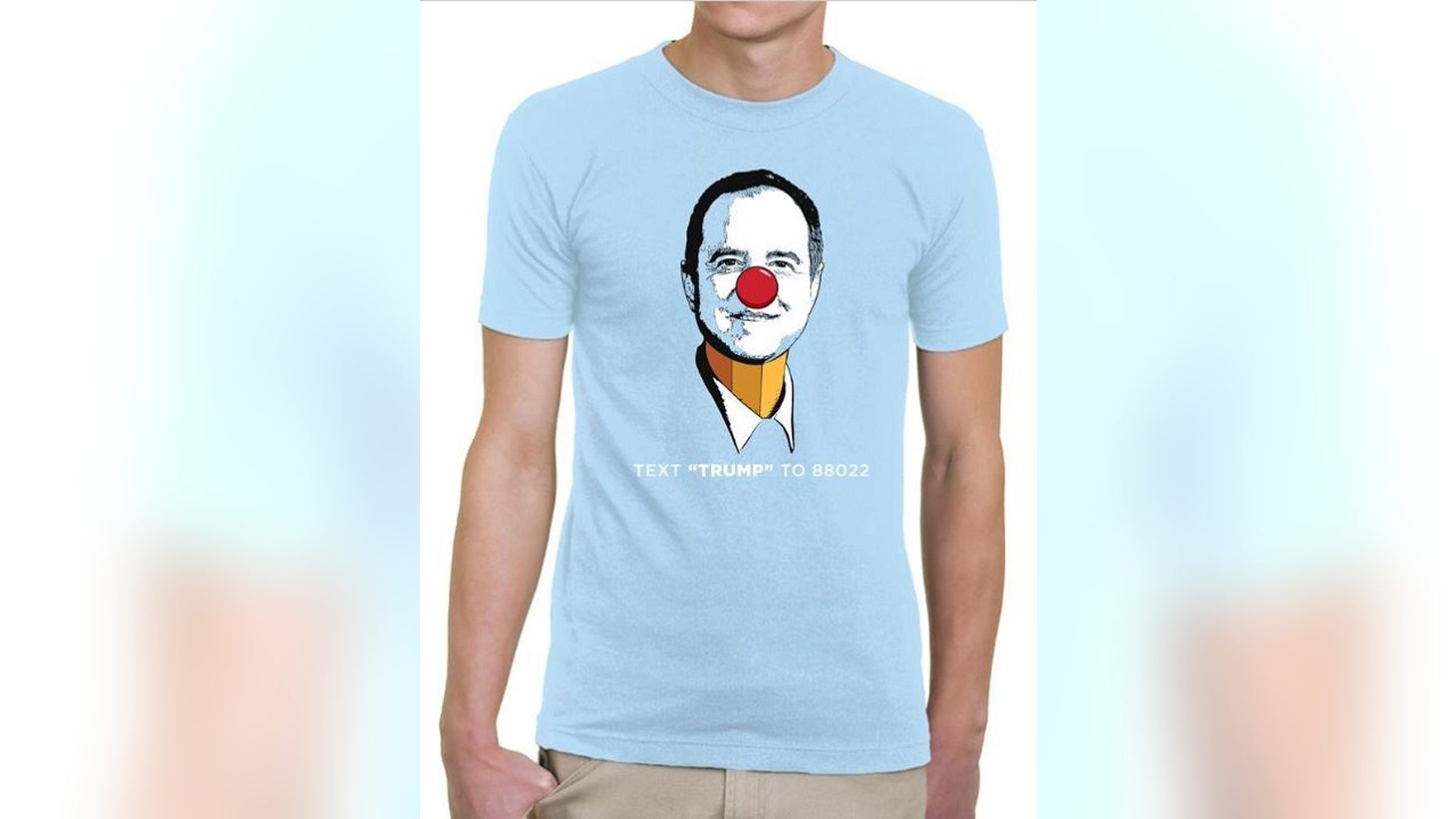 President Trump is taking his displeasure with U.S. Rep. Adam Schiff, D-Calif., a step further with the sale of “Pencil-Neck Adam Schiff” T-shirts.

The term stems from a Trump campaign rally held Thursday in Grand Rapids, Mich., where the president blasted the House Intelligence Committee chairman over his Trump-Russia collusion claims. The tee features Schiff with a pencil for a neck and sells for $28, according to a tweet from the campaign website.

Trump and Republicans have called for Schiff to resign from Congress after Special Counsel Robert Mueller’s report found no evidence of collusion between Trump and Russia during the 2-16 presidential election.

The heart of Donald Trump’s strategy to win the Republican presidential nomination is his massive, electric, occasionally violent campaign rallies.

Using tactics that owe a little to church revivals and a lot to insult comedy, Trump skillfully directs his audience’s excitement (toward himself) and their resentment (often toward the members of the media in attendance).

Reporters have gotten used to this by now. But here’s still one thing that befuddles them: Trump’s pre-rally playlist. Specifically, many of them wonder: Why does Trump play so many songs from British Broadway musical composer Andrew Lloyd Webber?!