A Statue of LaGarrette Blount

Nike made a video that is a tribute to Tiger Woods and Rory McIlroy. Several months ago, Eugene put out a call for a black human being to be honored in this cities latest redevelopment proposal. LaGarrette jumping over a white man came to mind. I told myself I could get in a lot of trouble for suggesting this.

How many black men did Blount jump over on his need to cross the goal line? Was it a real – need? Getting a little white ball into a hole in so many swings at it, is a great need for many golfers who take up the game. Without this need, no one would play this silly-ass game! On any skill-level one understands you have gone temporarily insane – on your way to the golf course. Your swing-thought when you tee-off – is all consuming! We are all alone with it – forever!

One can conclude, LaGarrette Blount does not like to be touched. This is why he hurdles over giant men who want to put the hurt on him, bring him down, and gang-tackle him. This Flying Duck needs to be taught a lesson. Ducks may fly, but, humans can’t.

After LaGarrett helped carry my used mattress I just bought, upstairs, I recognized him when I extended my hand to thank him.

“Your’re the Duck that hurdled that defender at the goal line. I’m going to find a image of that, frame it, and give it to you for helping me.”

When I called the athletic department, a young woman told me LaGarrette was on suspension. I suggested he be taken off suspension because he helped a senior citizen with his burden. She said she will pass this on. This is several months before the Boise game.

When a golfer has a terrible game, there is the Walk-off the Links Ritual. Your mind is full of images about what you could, and should have done. This is a huge part of the game, because you are giving yourself a good reason to come back.

For some reason the cameraman at the infamous Boise game, focused on LaGarrett while he was doing his Walk-off in Defeat. Why is he zooming in on this shot? They never show the whole video. The whole Boise team is rushing across the field, and surrounding LaGarrette, who comes out of his trance. He is all alone on the playingfield, which many sports announcers have compared to a Battlefield. There is not one teammate in sight. He is all alone. We are hardwired to fight, or take flight. LaGarrette choses the latter after he is tapped, hard, on the top of his head. A huge gush of adrenalin fills his head. His muscles that gave him the ability to TAKE FLIGHT and soar over The Enemy, are on full throttle. If you lined up thirty doors on the grid iron, LaGarrette would have crashed through them all. Knocking out one Boise player, would not do.

A few days later, LaGarrette and two other Ducks were talking outside my window in the parking lot. I heard the N word. I went down and asked my neighbor, this;

“Were racial slurs used before the game?”

The reason I love the game of golf, is the great respect players show one another. We all recognize we are wrestling with our Golf Demons. Humiliating another golfer – is unheard of. Everyone of the Boise players rushed out on that field with one goal in mind. They wanted to humiliate LaGarrette, some more – after the game is over! This is what the camera guy saw coming. This is a cardinal sin!

In gathering images of Blount, I noticed that he had hurdled Boise players the year before, on September 20, 2008. Of course the Boise players remembered this Flying Performance, because it got much attention – after the game! I am sure this made LaGarrette their No.1 target for the game in September of 2009.

One can make up – the taunts.

This is what the worst golfers in the world often hear during a game.

There lie a great golfer in every – golfer! Golf, is golf. There is – par. Then, sometimes we sink a twenty-foot putt – like a pro!

Note the wings on LaBlount’s shoulders.  My ex-neighbor, would go on to own three Super Bowl rings. Who wants to take that away from him?

We make more than one attempt to rise above adversity. Most golfers are not professionals, and thus, we meet one great rival on the first hole.

Artists and sculptors approach their empty canvas, and their mound of clay, alone. They have to fight off their personal demons, before they get started on another creation.

Blount would be Eugene’s ‘Thinker’.

“What would I have done?:

“What could I have done better?”

We all make mistakes. Colleges were invented to deal with this truth.

“Can we learn from our mistakes?”

Sometimes, we hear a professional golfer swear, and in a fit of rage, slams his club down on the grass. Sometimes, we can not help ourselves.

Imagine if you shot your worst game, ever, and your best friend and golf partner whacks you with his club atop your head, and says;

“You are so bad. You should quit this game!”

I am not the first to wonder if the reason golfers are polite to one another, is, we carry a potential weapon.

The whole Boise team still owes an apology to Blount, because the ball was no longer in play. During The Game, every player has the right to touch the ball and do their best. Most players on the field are there to touch opposing players, real hard.

I just watched Tiger Woods sink a twelve-foot putt, to be beat Rory in a match game. There was a handshake, then, an embrace. No one wanted to see Tiger’s comeback more than Rory, who had a front row seat.

After LaGarette and the other Duck players said there were racial taunts, I said;

“I was just blogging on Republicans demeaning the black President of the United States for defending himself from un-warranted attacks. This is our Commander in Chief, who is supposed to respond quickly to attacks from our enemies. I am going to compare you to our President, and his right!”

I walked away, and back upstairs, to edit that days blog, which turned out to be the story of the century. There exist many large canvases depicting warfare. Everyone is in uniform, doing their best to kill their enemy, before they kill you. There are Colleges of Warfare Study. There are Diplomatic Colleges, where one learns how to make peace. There are some people who can fly – without getting one flying lesson! I want to see our Cities Flyer honored! I want to see him fly – forever!

LaGarrette was born in Mississippi, where no black man dare strike a white man. There will be a death penalty – without a trial! Even freed blacks were beaten and shamed IN PUBLIC for showing disrespect to a white man. A football field is a public place. So are polling places. One candidate invites white Russians to give him an advantage in the race, while at the same time inventing an attack by people of color. If you know of any incident where a whole team ran at one person after the game was over, let me know.  This was highly unusual. LaGarrette did nothing during or after the game to instigate an attack. Did Boise players want to see him run, capture that on film?

During WW2 the Australian government would not let black troops get off the ships and set foot in their democracy.  In horse racing they load horses down with weights to make the race more equal. In the top photo I see Blount flying higher than ever, regardless of the bags of birdshot he carries. Black people were brought from Africa to be beasts of burden in the Land of the Free, and the Home of the Brave. Black people are still not allowed to be brave! LaGarrette Blount, is my hero!

A handicap race in horse racing is a race in which horses carry different weights, allocated by the handicapper. A better horse will carry a heavier weight, to give it a disadvantage when racing against slower horses.

The skill in betting on a handicap race lies in predicting which horse can overcome its handicap.[1] Although most handicap races are run for older, less valuable horses, this is not true in all cases; some great races are handicaps, such as the Grand National steeplechase in England and the Melbourne Cup in Australia. In the United States over 30 handicap races are classified as Grade I, the top level of the North American grading system.

After the final whistle Hout approached Blount near midfield. In the run-up to the game, Blount had told Sports Illustrated that Oregon owed Boise State a “ass whooping,” and Hout has said he made reference to the quote. Blount later said that Hout “definitely said something way more harsh and disrespectful to me than what he said.” 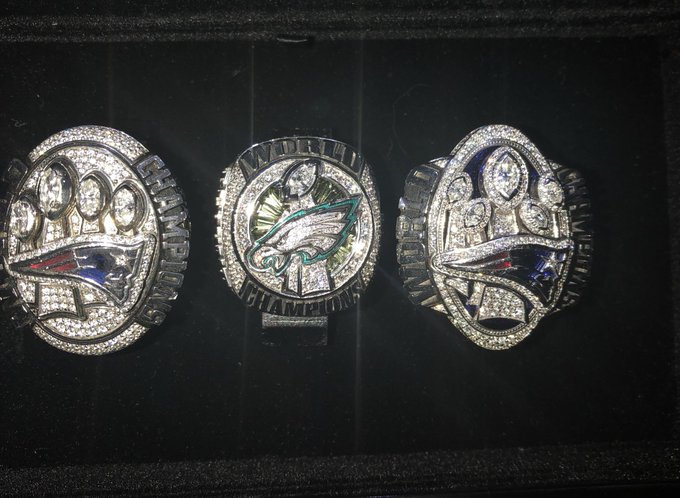