Noah and Anat – Samson and Delilah 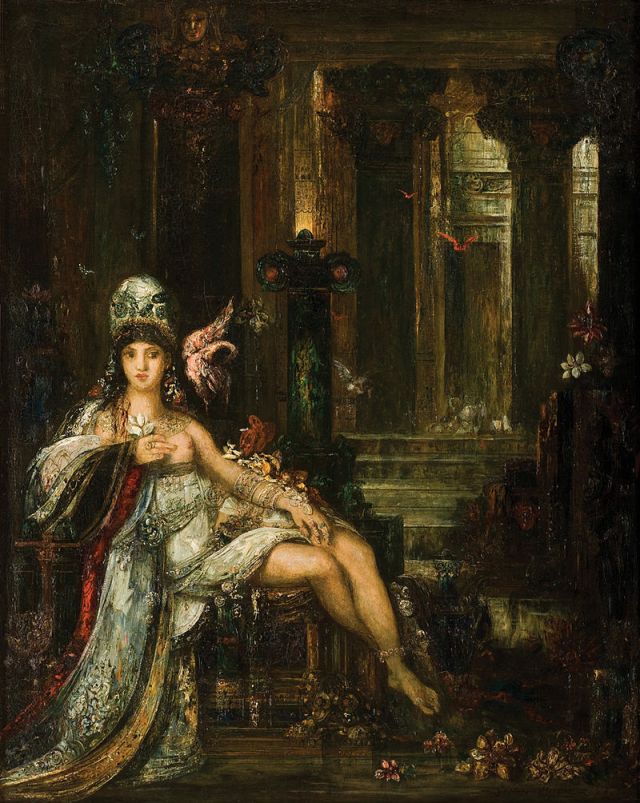 I suspect Noah and his tribe came in contact with the followers of Anat and Baal. The Jews never eradicated the worship of Baal because the Canaanites in Israel were in the majority. The Reformers are the authors of Biblical text. They are taking liberties with the past. Anat probably had women priests that were assigned the title ‘Temple Whores’.  Noah probably worshipped Anat and Baal – on the side -and got caught by his sons. Noah was probably trying to save his people who were probably defeated in battle, and, may have been taken as slaves. Ham may be the child born of the goddess Anat. Of course this history has to be altered – to no avail! Bring on the flood to wipe the slate clean – of the curse of Anat!

“Why won’t her curse – just go away? ” asks Sean Hannity of Pixie Hollow. Many Protestant teachers say the Virgin Mary of the Catholic Church is GODDESS WORSHIP! Why do we not hear from Evangelical Priests on this matter – that is right out of the Bible? Sean questions Cohen’s check that is passed because the President of the United States lay down with a whore and porn star. Sean and the owner of Fox are looking for a REFORM angle where a Democrat, or, Traitor, must REPENT of their sins. Anybody but Donald Trump ‘The Rating Machine’ the powerful strongman, who admitted he loves to commit adultery after luring women with his money.

What does Hannity really want? He wants his shot at Anat.

In the video below, John Hagee demonizes the Catholics. Most of the people in the audience voted for Trump. The evangelical religion is in deep, deep trouble. Jesus said;

“Let he without sin cast the first stone. Judge not, lest thee be judged.”

These worshippers are witness to sin. They must take the vow of the Nazarite.

Josephus and Pseudo-Philo both view Delilah as a Philistine and a prostitute; Josey Bridges Snyder theorizes that this may be due to the fact that Book of Judges portrays Samson as being attracted to both Philistine women (Judges 14:1) and prostitutes (Judges 16:1).[6] Pseudo-Philo also writes that Delilah was Samson’s wife.[6] The Talmud says that Delilah used sex to get Samson to reveal his secret, in spite of the fact that the biblical text does not state that the two had a sexual relationship,[6] while midrash state that Delilah harassed Samson verbally and physically during sex to get him to tell her the source of his strength.[10] Midrashim on Delilah reveal negative attitudes toward non-Jewish women[10] and are supposed to “demonstrate the havoc that a foreign woman could wreak”.[10] The midrash says that Samson lost his strength because of his relationship with Delilah, a foreign woman, and not because his hair was cut,[10] and that the angel who foretold Samson’s birth to his mother knew that Delilah would cause him to break his Nazirite vow.[10]

ho do you want to believe? President Donald Trump, who has told more than 8,000 lies since becoming president, or his ex-attorney, the recently disbarred Michael Cohen, who has confessed to lying to Congress and is prison-bound for those fibs, as well as other charges, who now calls his former boss a “conman”? If you sided with the newly penitent former legal hitman, then you came out on the other side of seven ill-tempered hours of testimony with a modest increase in your stockpile of Russia evidence. A jamboree of “silliness,” to borrow Cohen’s word, but worth it.

Cohen had three or four advantages going into his liars’ contest with Trump as the House Oversight Committee swore him in to testify on Wednesday. First, Cohen has owned up to his lies, which is something Trump has never done. Second, he had the audacity to return to the forum where he told the original incriminating falsehoods—Congress—knowing his every statement would be assayed and scrutinized for untruth and additional prosecution. Third, he brought documents to support his assertions that his former boss had engaged in possible campaign finance violations by paying off paramour Stephanie Clifford (aka Stormy Daniels), possible tax evasion, possible bank fraud, possible insurance fraud, and possible self-dealing through misuse of his foundation’s funds. Finally, Rep. Elijah Cummings (D-Maryland), who presided over the hearings, lent additional veracity to the testimony, noting that he had vowed to Cohen that he would go Biblical on him at the hint of any new lies.

“These were my exact words, ‘I will nail you to the cross,’” if you lie again, Cummings said.