Three days before Kanye West went into a tri-polar trance in the Oval Office, I discovered Father Yod, and The Truth! If Trump’s father had been a regular Joe with no money, then I am convinced Donald would have scored some Acid, and dropped it at the Fillmore East. In months he would have been a Cult Leader – who would not shut up! He would be surrounded by beautiful women who hung on every promise he made! Women are suckers for Male Promises, especially white women who voted for Bid Daddy Pussy Grabber – after they heard what he did to other women – and wanted to do to them! Kanye let me down when he did not blurt out he likes to back women hanger-ons up against a wall – and grab their pussies – too! How could he give Donald a hug!

Alas, the second great American Cult Civil War has gotten underway, and, it will look like J.R. Tolkien and the movie Black Panther. Fantastic! White folks are steeped in cult knowledge. They are extremely tribal. Kanye may be a genius for seeing the battlefield of the future. This is why he goes to mountain tops to commune with his Muse.

An hour ago I read an e-mail from Tim O’Connor. He responded to my search for a name to replace ‘Hippie’. Eureka! We were, and forever will be the YAHOWAY! I will do an eptimogy of this name later. Until I found Father Yod, I thought I was going to be the last hippie. But, because Yod jumped off a cliff to his death, while flying, he is Berkley Bill Bolagard. The source is not as important as – the evolution of the un-named revolution.

This Cult-ural Civil War will eventually plant new roots that will not be based on skin color, but, one’s ability to make Magic, Music, and Art. My Bond book is gong to blow your mind! The name appears when the painting is done. The source is nameless.

Brotherhood of The Tribal Cultists

Kim Kardashian and Kanye West are apparently making this a thing … meeting with heads of states.

Kimye met with the President of Uganda Yoweri K. Museveni Monday during their trip to Africa. The President tweeted, “I welcome American entertainment stars Kanye West and @KimKardashian to Uganda. I held fruitful discussions with the duo on how to promote Uganda’s tourism and the arts.”

The Prez went on … “I thank Kanye for the gift of white sneakers. Enjoy your time in Uganda. It is the true pearl of Africa.”

This meeting, of course, comes on the heels of  Kanye’s meeting in the Oval with President Trump … where the American Prez also scored a pair of Yeezys.

As we’ve reported … Kanye’s in Africa working on his next album. Big Sean‘s there too. They’ll be producing music and shooting some videos during the trip.

And, while it seems like strictly business for Ye, he’s brought North and Kim along for the trip too.

Kanye’s a Genuis Trying to Help the U.S. of A

EXCLUSIVE
I’VE GOT HIS BACKTMZ.com

Mally Mall says Kanye West is doing great work, trying to help the United States … and he’s nothing less than a genius.

We got Mally outside Staples Center Saturday night where Drake performed, and he sang the praises of Ye.

Kanye is currently in Africa and, fact is, in addition to recording an album, he’s spending time doing humanitarian work in various African nations.

President Trump on Monday denied that he offered Sen. Elizabeth Warren (D-Mass.) $1 million to take a test proving her Native American heritage, even though he did just that.

Trump spoke after Warren responded to the president’s challenge and released the results of a DNA test showing she has a distant Native ancestor.

“I didn’t say that. You’d better read it again,” Trump told reporters at the White House when asked about his $1 million offer.

Responding to a question about Warren’s test, Trump said, “Who cares?”

During a campaign rally on July 5, Trump taunted Warren for her claims of Native American ancestry, a staple of his campaign stump speeches.

“I will give you a million dollars, to your favorite charity, paid for by Trump, if you take the test and it shows you’re an Indian,” Trump said at the time. “I have a feeling she will say ‘no.’ ” 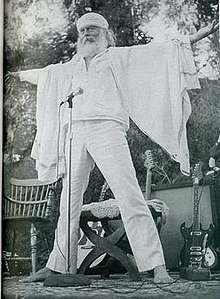 Father Yod or YaHoWha, born James Edward Baker (July 4, 1922 – August 25, 1975), was the American owner of one of the country’s first health food restaurants, on the Sunset Strip in Los Angeles. He founded a spiritual commune in the Hollywood Hills known as the Source Family. The Source Family was heavily influenced by the teachings of Yogi Bhajan and the astrological age of Aquarius. The Family practiced communal living in Southern California and later in Hawaii. He was also lead singer of the commune’s experimental psychedelic rock band, Ya Ho Wha 13.

James Edward Baker was born on July 4, 1922, in Cincinnati, Ohio. Baker earned the Silver Star as a United States Marine in World War II and became expert in Jujutsu. He moved to California to become a Hollywood stuntman and was influenced by the Nature Boys, a Los Angeles-based group of beats who lived a natural lifestyle, maintained vegetarian diets, and lived “according to Nature’s Laws”.[1] Baker also studied philosophy, religion and esoteric spiritual teachings, even becoming a Vedantic monk for a time. He later became a follower of Yogi Bhajan, a Sikh spiritual leader and teacher of Kundalini Yoga.

In 1969, Baker founded the Source Restaurant on Los Angeles’s Sunset Strip. The restaurant served organic vegetarian food, with such celebrity regulars as John Lennon, Julie Christie and Marlon Brando. Jim Baker had two other successful restaurants on Sunset Strip: the Aware Inn and the Old World.[2]

Despite the claims that he had fourteen different wives, he had only one legal wife as Jim Baker, Robin Popper, to whom he was married in 1970. They had a daughter together, Tau, born August 14, 1974. Robin said at the time he was “a dirty old man on a lust trip”.[3]

Baker left Yogi Bhajan in the late 1960s and created his own philosophy based on Western mystery tradition. Changing his name to Father Yod and Ya Ho Wha, Baker became the patriarch of a commune of young people, who considered him their spiritual father. The group, known as the Source Family, lived together in a Hollywood Hills mansion and was supported by the earnings of the Source Restaurant, which grossed $10,000 a day during its peak popularity.[4]

Some of the doctrines of the Source Family were kept secret; however, they generally adopted a way of life that promoted natural health, organic vegetarian diets, communal living and utopian ideals. Father Yod/Ya Ho Wha had a core communal group of 150 people living in the Hollywood Hills. He as Father Yod and Yahowha had 14 wives and 3 children. His wives were named Makushla, Isis, Astral, Heaven, Prism, Aquariana, Harvest Moon, Galaxy, Lovely, Paralda, Hypatia,Tantalayo, and Venus with Robin (now Ahom) forming the group. His children were Tau, Buttercup and Yod.[citation needed]

Music was an integral part of the Source Family and many members were musicians. Father Yod formed an improvisational psychedelic rock band called Ya Ho Wha 13, with himself as lead singer. In 1973 the band began making limited pressings of their jam sessions, eventually releasing nine albums that were sold at the Source Restaurant for ten dollars each.[citation needed] The original recordings have become valuable to collectors of underground music.[5] Celebrities such as Earth, Wind & Fire would buy Source records out of the back of the restaurant. Other family musicians formed various bands including “Spirit of 76”, “Savage Sons of Yahowha”, “Yodship” and “Breath”.

On December 26, 1974, the Source Family sold their restaurant and moved to Hawaii. On August 25, 1975, despite having no previous hang-gliding experience, Yod decided that he would go hang gliding. Yod used a hang glider to leap off a 1,300-foot (400 m) cliff on the eastern shore of Oahu.[6] He crash-landed on the beach suffering no external injuries, but was unable to move and died nine hours later.[6] The Source Family refers to this day as “Black Monday.” After three days of vigil, Yod was cremated and his ashes put to rest at Lanikai Beach in Hawaii.[citation needed] 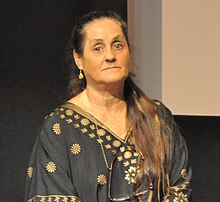 In 2006, two Source Family members, Isis Aquarian and Electricity Aquarian, wrote the history of the religious group.[6] A revised version of the book entitled The Source: The Untold Story of Father Yod, Ya Ho Wa 13 and The Source Family was released in 2007 by Process Media, and included a CD with live Ya Ho Wa 13 performances, radio interviews, and Family recordings. The Source Foundation was set up at http://www.yahowha.org and released lost family music through Drag City Records, Fathers Morning Meditation Tapes through Global Recording Artist, a comic book, and The Source Family in 2012, co-directed by Jodi Wille and Maria Demopoulous.

Sean Ono Lennon credited the Source Family with inspiring the look and attitude portrayed in the video for his 2013 song “Animals”.[7] The experimental sound collage program Over the Edge, hosted by members of Negativland, presented a Source Family retrospective in the second half of the program on the night of June 30, 2017.[8]