I do not worship Satan, the Anti-Christ, or any hobgoblin the ignorant supporters of Trump ‘The Sex Fiend Pussy-Grabber of Hannity’ believe they oppose. I am a theologian. Victoria Bond WILL come in contact with ancient worshipper of EL in England. El came to the Isles with the Phoenicians – and Hannibal! I have learned much from women. You can say my novel ‘The Royal Janitor’ is more than a pop quiz. I am more than a witness to the struggle women have gone through in order to be expressive and free. I can not tell anyone to be cautious. I miss being close to brave women. What an honor to know them!

Hannibal invaded Spain and encountered Celts. He allied himself with the Burgundians when he invaded Italy – that was full of Celtic slaves. Celtic women were taken as slaves – back to Carthage! The idiot who wrote this article depicts vacationers traveling about, and happy traders! There’s no – surprise! Warriors with weapons – and boners! These invaders were not drafted – or paid. They looted and raped! Why are the unhappy Republicans eager to build the war along the Mexican border? Men and women have intercourse – and they give birth to babies!

To find European lineage in North Africa dating from 2,500 years ago was “very unexpected”, the professor said. The scientists were expecting to find DNA of indigenous North African lineage, because of the location, or from the Near East, because of the history of Carthage.

However, because of known trade networks linking Carthage and the rest of the Mediterranean, the find is not unexplainable, the researchers said, despite the surprise it caused them.

“This is the earliest European lineage recorded in North Africa, so in a way it not only helps us understand Phoenician history, but also makes people [re]think about the history of human mobility,” said Prof Matisoo-Smith.” 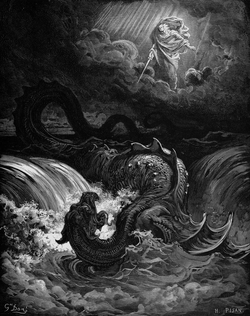 Such mythological motifs are variously seen as late survivals from a period when Yahweh held a place in theology comparable to that of Hadad at Ugarit; or as late henotheistic/monotheistic applications to Yahweh of deeds more commonly attributed to Hadad; or simply as examples of eclectic application of the same motifs and imagery to various different gods. Similarly, it is argued inconclusively whether Ēl Shaddāi, Ēl ‘Ôlām, Ēl ‘Elyôn, and so forth, were originally understood as separate divinities. Albrecht Alt presented his theories on the original differences of such gods in Der Gott der Väter in 1929.[32] But others have argued that from patriarchal times, these different names were in fact generally understood to refer to the same single great god, Ēl. This is the position of Frank Moore Cross (1973).[33] What is certain is that the form ’El does appear in Israelite names from every period including the name Yiśrā’ēl (“Israel”), meaning “El strives” or “struggled with El”.

According to The Oxford Companion to World Mythology,

It seems almost certain that the God of the Jews evolved gradually from the Canaanite El, who was in all likelihood the “God of Abraham”… If El was the high God of Abraham—Elohim, the prototype of Yahveh—Asherah was his wife, and there are archaeological indications that she was perceived as such before she was in effect “divorced” in the context of emerging Judaism of the 7th century BCE. (See 2 Kings 23:15.)[34]