My new novel is writing itself – as I predicted!

My daughter’s Love of Money helped release the Kraken! Her mission she received from those who surrounded me, was clear.

“Seize the Body of Rosamond in order turn it into a Golden Movie;

“Destroy the Evil Hippie Wizard! Destroy – his work and words!”

Now that the Baby Boomers are retiring, they wish they had not rebelled, not dropped out of society, and given up their place in line to the Capitalist Goodies their parents had in store for them. They are in sore need of a Scapegoat, a Super Hippie they can blame it all on, as their Nest Eggs, are never big enough.

“You crushed my Nest Egg you rotten hippie son-of-a-bitch!”

“Please! My father’s legacy is not of this world!”

“Bullshit! Shut the fuck up!”

“If only my parents had not dropped out and become Communists, I would be as rich as Putin – even richer!”

World History is now bing written in the astral plane by the Futurians.

LONDON — British and European Union negotiators agreed on Monday on the terms of a 21-month transition period to keep Britain inside Europe’s economic structures and to avoid an economically damaging “cliff edge” departure when the country quits the bloc next March.

Facebook Inc. shares fell the most in two months Monday as American and European officials demanded answers to reports that a political advertising firm retained information on millions of Facebook users without their consent. 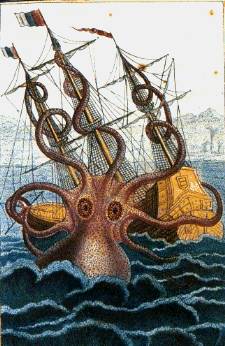 WASHINGTON — Usually, top intelligence and law enforcement officials withdraw to lives of tight-lipped relative anonymity after their careers end. (Suffice it to say, they are not exactly known for viral Twitter battles.)

But as President Trump has voiced his grievances against the F.B.I. with a series of insult-laden tweets, his targets have responded nearly in kind, turning a conflict that would in the past have stayed behind closed doors into a brawl for all to see.

Throughout the weekend, the president attacked “lying James Comey,” the F.B.I. director he fired last year. He also celebrated the dismissal of Mr. Comey’s onetime deputy, Andrew G. McCabe, calling it on Friday “a great day for Democracy.

Mr. Comey struck back on the president’s preferred digital soapbox. “Mr. President, the American people will hear my story very soon,” he wrote on Twitter on Saturday, in what was most likely a reference to his coming book. “And they can judge for themselves who is honorable and who is not.”

Mr. McCabe, through his lawyer, tweeted a similar message, though with a biting flourish. “We will not be responding to each childish, defamatory, disgusting & false tweet by the President,” said the lawyer, Michael R. Bromwich. “The whole truth will come out in due course.”

Other former officials who have been the subject of the president’s taunts have also had choice words for him on Twitter. John O. Brennan, a former C.I.A. director who now refers to himself as “a nonpartisan American who is very concerned about our collective future,” attacked the president’s character on Saturday.

“When the full extent of your venality, moral turpitude, and political corruption becomes known, you will take your rightful place as a disgraced demagogue in the dustbin of history,” wrote Mr. Brennan, whom Mr. Trump once called “one of the biggest liars and leakers in Washington.” “You may scapegoat Andy McCabe, but you will not destroy America…America will triumph over you.”

Throughout history, presidents have found themselves in private conflict with members of law enforcement and intelligence agencies. Bill Clinton clashed with Louis J. Freeh, who oversaw the F.B.I. during the Lewinsky scandal. Richard M. Nixon fired the independent special prosecutor in the “Saturday Night Massacre,” and his attorney general and deputy attorney general resigned in protest.

“We’ve never had anybody so blatantly go after a president before,” Gary J. Schmitt, a scholar at the American Enterprise Institute who was once an intelligence adviser to President Ronald Reagan, said in an interview. “It’s also unprecedented to have a president so overtly going after various intelligence officials.”

The president, who has no qualms about publicly attacking individuals as well as institutions, has grown only more frustrated as the investigation into his campaign’s ties to Russia continues well beyond the timeline given to him by his lawyers. On Saturday, one of them, John Dowd, said that he thought the investigation was baseless and should end.

The president followed up with a pair of tweets singling out the special counsel, Robert S. Mueller III, for the first time.

“Why does the Mueller team have 13 hardened Democrats, some big Crooked Hillary supporters, and Zero Republicans? Another Dem recently added…does anyone think this is fair? And yet, there is NO COLLUSION!” Mr. Trump wrote.

The White House did not respond to questions about the former officials’ criticism of the president, but Mr. Trump’s outrage spoke for itself. He kept lobbing tweet-size insults until Sunday morning, when he left the White House for a round of golf.

In one, he took aim at news that Mr. McCabe, who was one of the first officials at the F.B.I. to look into possible Russian ties to the Trump team, had kept contemporaneous memos about his interactions with the president. (Mr. Comey also kept memos.)

“Spent very little time with Andrew McCabe, but he never took notes when he was with me,” Mr. Trump wrote. “I don’t believe he made memos except to help his own agenda, probably at a later date. Same with lying James Comey. Can we call them Fake Memos?”

Jeremy Bash, who served as chief of staff to Leon E. Panetta in his roles as C.I.A. director and defense secretary during the Obama administration, said in an interview that current and former officials were alarmed to see a president so intent on eroding the public’s trust in the F.B.I. They are keenly aware, Mr. Bash said, that Mr. Trump’s insults have a way of making it to TV, and vice versa.

“It seems to be a very short distance between the president’s Twitter device and the megaphone of Fox News and other allies on Capitol Hill,” Mr. Bash said. “I think most professionals I speak with think he will ultimately fail, but they worry we are a few Fox News segments away from more and more people in that conspiracy theory echo chamber.”

Some experts question the decision of Mr. Comey and others to publicly hit back at the president. Mike German, a former F.B.I. agent who is now at the Brennan Center, a public policy and law institute, said the public exchanges were further proof of an eroding of trust between the head of the executive branch and its traditionally apolitical civil servants.

He said the former officials’ willingness to speak out against the president could spell problems for Mr. Mueller.

“I would imagine from Bob Mueller’s point of view having potential witnesses tweeting back and forth with the president is the last thing you want,” Mr. German said. “The credibility of everyone involved is being torn to tatters in broad daylight.”

Vicki Divoll, a former general counsel for the Senate Intelligence Committee and a former assistant general counsel for the C.I.A., said remarks by former officials like Mr. Comey and Mr. Brennan reflected a larger frustration that others, including Republican members of Congress, were not speaking out against transgressions that would have felled other politicians.

“Comey and Brennan are perfect examples who do not seek the limelight,” Ms. Divoll said, “who do not do anything but speak publicly and privately in very measured ways. But the gloves are off. That’s not happening anymore.”