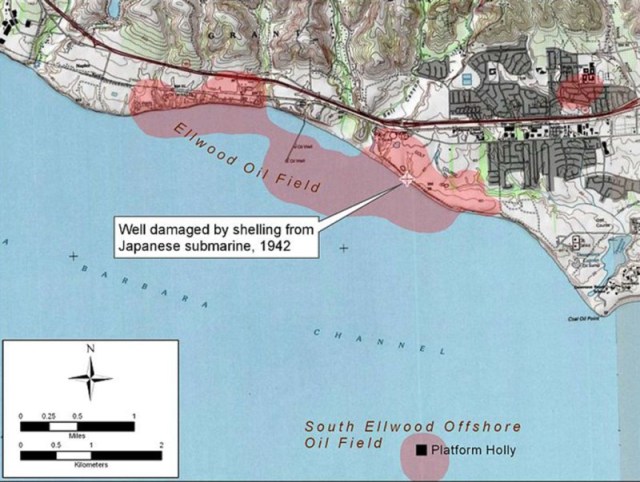 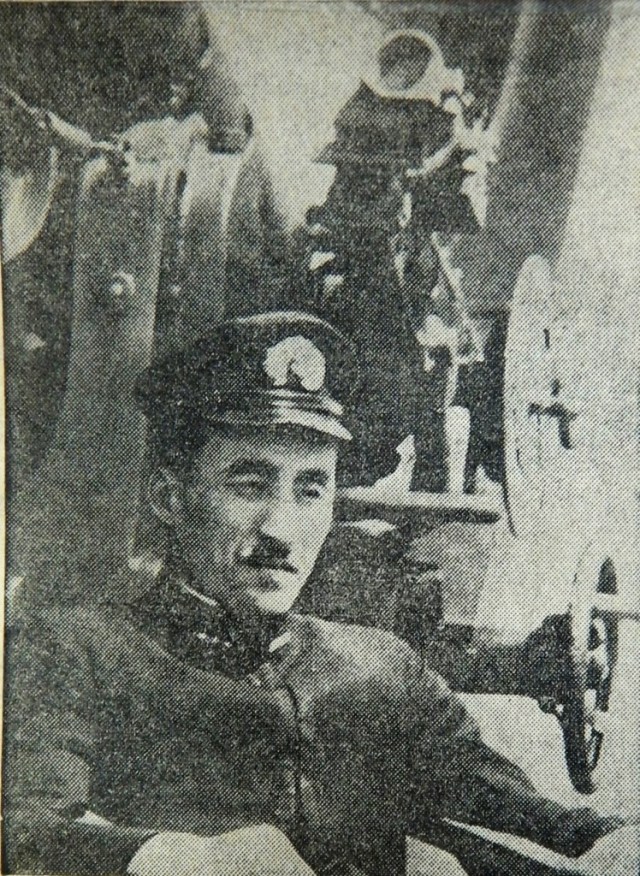 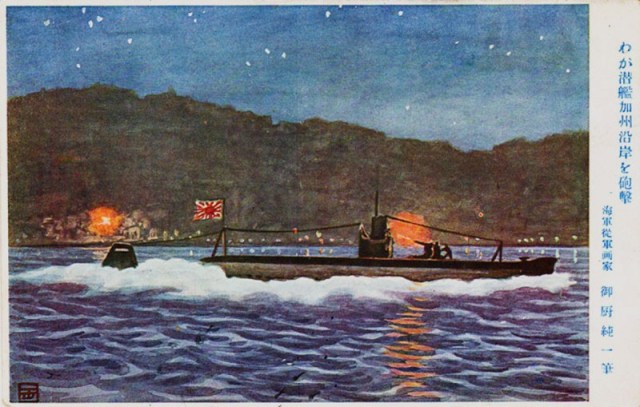 The Mad King of Nebraska is out to destroy California with the help of the Corn-fed Children of Christian Cringle. You know who I am talking about, those White Nordic Folks who believe there is only enough room on God’s Holy Mantle to hang their Christmas stockings – for them! This is what Rena meant by nothing there, there – for me!

Here is one of them blessing the Pipeline of Holy Jesus that is going to cut a swath of holy goodness across Nebraska bringing tons of Trickle Down Blessings to The Chosen Ones.

“I love these shiny pipes! I think this Russian thing is a lot of bullshit! Those Leftist Pinkos in California don’t want to see me strike it rich! But, I got Jesus on my side. The Son of God wants to see me prosper. Obama just wanted black people to get ahead.”

Florida has been spared because it is a Red Swing State. A couple of California Republicans are not going to run because they are going to get creamed when protestors hold up images of oil derricks off Santa Barbara some of them owned by Henry Buck. Did buck wells come under attack by a Japanese sub?

Senator Grassley created a smokescreen for his treacherous party before the investigation of Flynn began. He warns about the enemy within.

“Grassley also expressed concern about those leaking information to the press.

“I think that we need to start considering that it’s not only dangerous and scary that some foreign power attempts to influence our elections, but it may be even scarier that intelligence officials in our own government may be trying to undermine our government,” Grassley said.”

WHAT!!! Grassley and Graham lied to THE PEOPLE, and, there is hell to pay!

I see a grassroots party in California, called ‘The Ellwood Avengers’.  Write your elected officials and demand there be a hearing on Grassley’s mental capabilities. I think he is an insane paranoid who has been whispering in King Donald’s ear get him all hot and bothered? Is this why Trump is dismissing OUR Intelligence Community?

I think we are on the brink of a new Civil War. Rena and I went by Ventura and stopped on the beach in Santa Barbara where I discovered she was afraid of the sea. Did she have a vision of things to come, led by her beloved Cornhuskers, a crack team of Storm Troopers all for Emperor Jesus – Oil Tycoon?

495,961 Cornhuskers voted for Trump. How many Californians voted?

“For more than a year, I’ve been clear on Russia — and frankly this has been conservative orthodoxy well before Mitt Romney identified Moscow as our ‘number one geopolitical foe’ — Putin and his thugs are fundamentally at odds with America’s interests,” Sasse said.

President Donald Trump lashed out at Sen. Dianne Feinstein (D-Calif.) Wednesday after she released a transcript of a Senate Judiciary Committee interview with the co-founder of the firm that produced the dossier describing Russian efforts to help the Trump campaign in the lead-up to the 2016 election.

Trump, who coined the new nickname “Sneaky Dianne Feinstein,” called the document release “underhanded and possibly illegal” and a “disgrace” in a tweet Wednesday. He then suggested that, given no collusion has yet been proven, the “Republicans should finally take control.” The change of course — just five days after Zinke announced the offshore drilling plan — highlights the political importance of Florida, where President Trump narrowly won the state’s 29 electoral votes in the 2016 election and has encouraged Scott to run for Senate.

The state is also important economically, with a multibillion-dollar tourism business built on sunshine and miles of white sandy beaches.

Zinke said Tuesday that “Florida is obviously unique” and that the decision to remove the state came after meetings and discussion with Scott.

Zinke announced plans last week to greatly expand offshore oil drilling from the Atlantic to the Arctic and Pacific oceans, including several possible drilling operations off Florida, where drilling is now blocked. The plan was immediately met with bipartisan opposition on both the Atlantic and Pacific coasts.

Scott, who is expected to run for Senate this year, came out against the Trump administration plan when it was first announced, saying his top priority is to ensure that Florida’s natural resources are protected.

“For Floridians we are not drilling off the coast of Florida, which clearly the governor has expressed that’s important,” Zinke said, adding that he knew when he announced the drilling plan last week that it would spark discussion across the country.

“Our tactic was [to] open everything up, then meet with the governors, meet with the stakeholders, so that when we shaped it, it was right,” he told reporters at a news conference Tuesday night. “The president made it very clear that local voices count.”

When asked what caused the administration to change its position on Florida drilling, Zinke said bluntly, “The governor.”

Scott said he was pleased at the administration’s change of heart.

“It’s a good day for Florida,” he said, adding, “I think it’s very important to continue our efforts to take care of our environment.”

Sen. Bill Nelson (D-Fla.) said the meeting with Zinke was “a political stunt orchestrated by the Trump administration to help Rick Scott,” who Nelson said has long wanted to drill off Florida’s coast.

“We have to show strength against Vladimir Putin,” Ernst said during a conference call with reporters. “We need President Trump to step up and lead us in that endeavor.”

Capitol Hill this week has been dominated by continuing revelations about ties between members of the Trump camp and Russia, including fallout from the resignation of national security adviser Michael Flynn.

The Nebraska Democratic Party on Thursday urged the state’s congressional delegation to formally request an independent bipartisan investigation akin to the 9/11 Commission.

But there’s little evidence that Republicans are ready to go that far. Many of them have suggested that the matter can be ably handled by the Senate Intelligence Committee.

“For more than a year, I’ve been clear on Russia — and frankly this has been conservative orthodoxy well before Mitt Romney identified Moscow as our ‘number one geopolitical foe’ — Putin and his thugs are fundamentally at odds with America’s interests,” Sasse said in a statement.

“I’m obviously in support of a full congressional investigation into Russia’s influence campaign in the United States and the events surrounding Gen. Flynn’s resignation,” Sasse added. “Every member of Congress owes it to the American people to view this not through partisan labels but through our constitutional duty to conduct honest congressional oversight that restores public trust in self-government.”

Ernst also is a member of the Senate Armed Services Committee. She recently led a hearing on Russia’s placement of advanced air defense systems, surface-to-surface missiles and coastal defense weapons that bracket U.S. friends and allies.

“The aggression of President Vladimir Putin towards his neighbors and his blatant disregard for their sovereignty and territorial integrity was on full display when he invaded Ukraine and illegally annexed the Crimean peninsula,” Ernst said.

The United States must seek to counter those actions, she said, noting that she isn’t sure about the administration’s strategy.

“I don’t know what their posture is right now, especially as we sort through the Gen. Flynn resignation,” Ernst said.

She and other senators recently put their concerns into a letter to Trump, recommending that he keep U.S. sanctions against Russia and suggesting the imposition of more sanctions as warranted.

They said the United States should not enter into any agreements with Russia regarding Syria’s future until Moscow halts military operations there. And they called for the United States to recognize and counter cyberwarfare by Russia.

“Russia is not our friend, and any threat to our nation’s cybersecurity must be met with a firm response,” Ernst said.

A bipartisan group of senators and House members has introduced legislation that would require Trump to come to Congress if he wanted to lift sanctions against Russia and give lawmakers a chance to block such a move.

None of the senators or House members from Nebraska or Iowa have signed on to the legislation, although Ernst said she was still looking at its details.

Earlier in the week, Sen. Chuck Grassley, R-Iowa, was asked about Russia and its alleged interference in the U.S. election and said America isn’t “hands-free” in that area given its own history of interfering in other countries’ elections.

Grassley also expressed concern about those leaking information to the press.

“I think that we need to start considering that it’s not only dangerous and scary that some foreign power attempts to influence our elections, but it may be even scarier that intelligence officials in our own government may be trying to undermine our government,” Grassley said.

During an interview with CNN this week, Rep. Steve King, R-Iowa, also complained about the leaking.

He said that Flynn had been the subject of a “political assassination” and that the people leaking are violating the law to undermine Trump. He raised the hypothetical situation of the president planning a strike against terrorists and members of the intelligence community who disagree with the plan leaking it to the media.

“We’re at great risk if we have these kind of moles with this low level of integrity that are leaking information out to move their political agenda,” King said.

With some exceptions, farmers have generally applauded the administration’s moves to curb regulation. But they worry about the crackdown on illegal immigration, since many farmworkers are undocumented. And farmers are deeply at odds with the administration’s trade policies.

The Farm Bureau was counting on a big Asia-Pacific trade deal to boost exports to Japan and other markets. But Trump withdrew from that agreement in one of his first acts as president. He has also threatened to scrap the North American Free Trade Agreement.