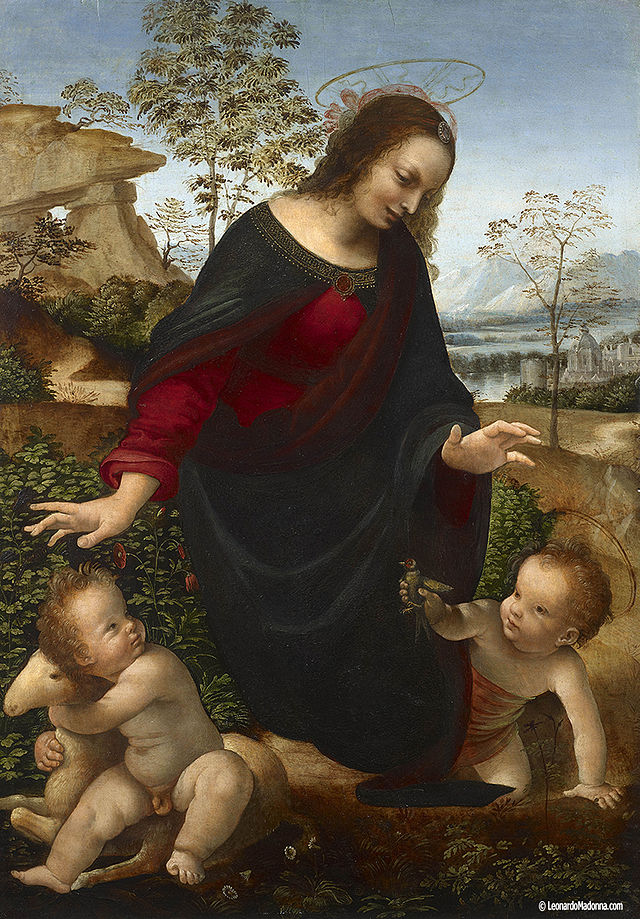 In the painting above, now accredited to Leonardo Da Vinci, and his disciple, we see the infant John the Baptist offering the infant Jesus, a bird, that represents the ‘Holy Spirit’.

Jesus is embracing a lamb, and is startled at this sudden appearance of his alleged cousin from behind his mother, who looks down, adoringly, at her alleged nephew – who has a halo around his head. Jesus does not have a halo – yet! Will he have one after taking John’s gift? Note the faint figure on the path above John’s head. Is that a Jewish Sage heading to the cave the path leads to? Is this “The Way” the name of the first church, that existed before Jesus was born.

Note there is a threshold above the cave. Note the two hands of Mary over the heads of these cousins who would become adepts in the Torah. These arms and hands are like scales. There is a weighing. Mary has her head TILTED to John. Is she about to put her hand on John’s head? Jesus looks like this will be the case. He is not happy. He holds the Lamb of God, tighter. Indeed, he is sitting on the lamb, a ewe, suggesting this is his true mother.

This goes against Michelangelo’s image. The ewe has been exchanged for Mary. But, note her raised hand – that is pointing? Where is John? Where is Lazarus? Why is that figure on the path – translusive? Why does it appear Jesus was pointing with his finger, just before he died, and gave up “the holy ghost”?

Take note of the hole in the rock at McLure Beach. I was named after John the Baptist. I know…………’The Way’. Let us go there! 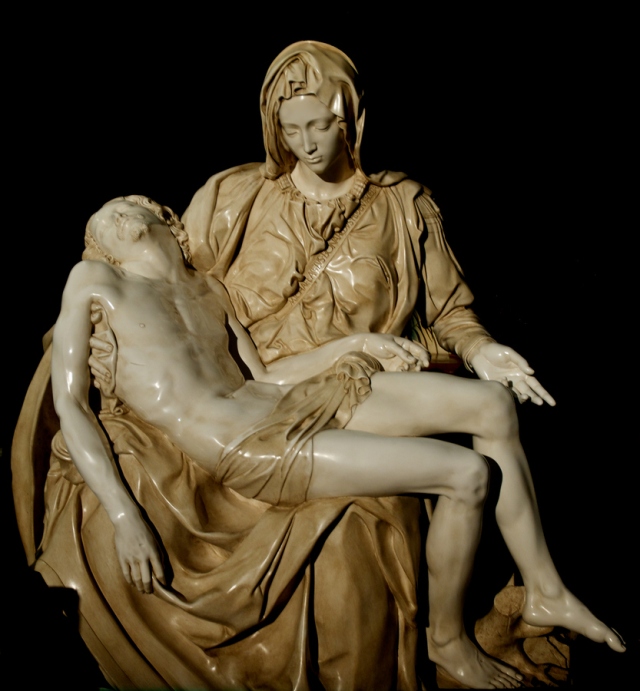