Today I celebrate thirty years of sobriety. I was hoping my 24 carat gold plated coin would have arrived today. Last week I got information in the mail from Deborah Cryder that said Ida Rose, and her daughter, Dollie Rose, were buried in the same grave. When I saw the stick Deborah put in the ground, I saw a splicing, and the blooming of a True Montana Rose. I will gather my roses here.

Below is a photograph of me placing Christine Rosamond Benton’s AA coin in the tomb of my grandfathers I had found. I found Frank Wesley Rosamond’s burial place in Oklahoma, and put a marker there. Phoebe Hearst financial backed Out West magazine that published Dollie Rosamond’s brothers stories and poems. Today in the mail, I got a book for Dollie, who missed growing up, and becoming a mother. She is now the muse of Poets, and will live forever. Dollie means ‘The Gift of God’ as does John. Montana means ‘Mountain’. Little Miss Rosamond was published in 1906. Elizabeth Rosemond Taylor was born in 1933. Liz and Dollie are found in the same Rosy Family Tree. 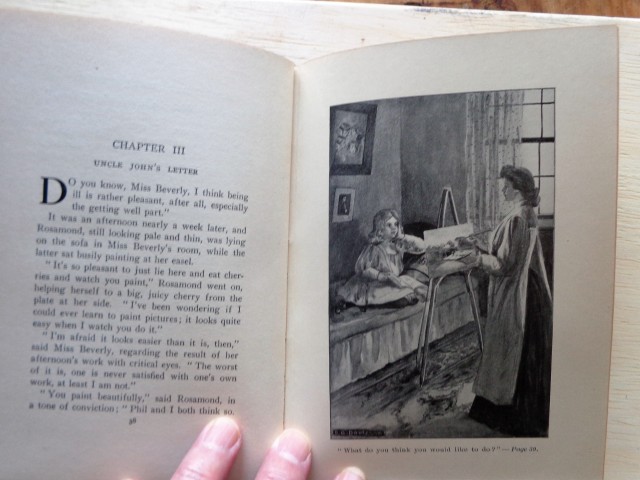 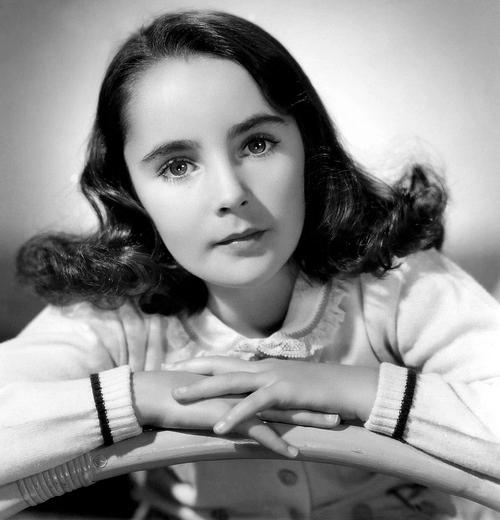 The tide was low today, my love
A cadence of the sea was wrought
In melancholy strain, and low and fraught
With whisperings of your name above
The deep sea song!
A shell that lured along the shore
Whispered; “I love you evermore!”
I wrote your name upon the sands –
Would that I traced with gentle hands –
The minor chords were wont to spell
Each syllable!
The tide is high tonight, my dear.
The rock-bound shore loves the wave
But sends it dying to its grave.
The low base notes vie with the fear
The wind send on
The all-encircling gloom
Descended o’er old ocean’s tomb!
Your name is gone tonight, my love:
The angry surge rushed in above.
It cries aloud, with sea gull’s shrill
“I love you still!”

“Phoebe Hearst, wife of George Hearst and mother of William Randolph Hearst, had a great affection for the town of Anaconda. She offered to build a library for its citizens. They accepted the offer, knowing that a library would give the people a chance to better themselves.”

A half hour ago I talked to Deborah Cryder at the Forestvale Cemetary. She is going to send me information on Ida Rose who died when she was 28 years of age of dropsy. Twenty days later, Ida’s daughter, Dollie Rosamond, dies. She is less then one year old. Royal Rosamond lost his mother and baby sister in one fail swoop. He must have been traumatized. Then, his father gets remarried to a Mildred, who may not have wanted Frank around, and he is “bound” out to his uncle, James Taylor, who married Ida’s sister, Laura Rosamond. Frank will call William Scott Spaulding his father. Did William adopt Frank? If so, when? I believe there is a typo, in regards to the Reese name. John Wesley Rose buried here. Is this where Frank got his middle name? This would make three generations of the Rose Family buried in Montana.

Edward Haney Rose is the grandfather of Ida Rose, and father of John Wesley Rose.

To be born by a mother born Rosemary Rosamond, who named me John, not knowing her great grandfather was named John Rose, is a genealogical wonder. I will be recording my findings with the Rose Family Association. 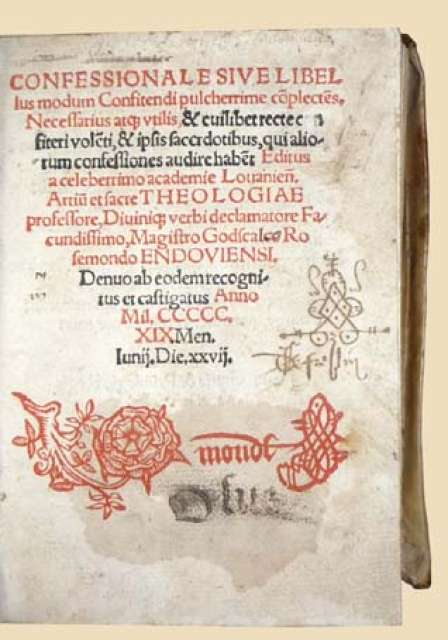 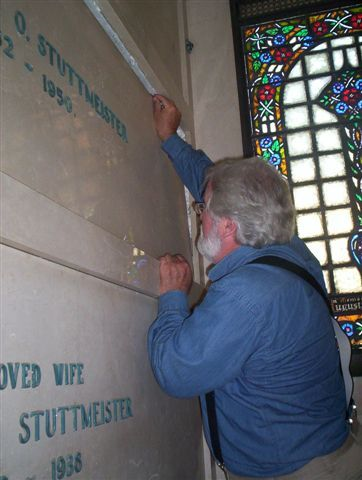 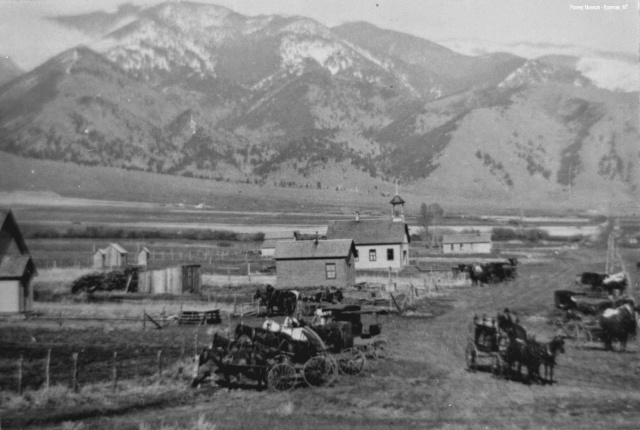 The Hearst Free Library is a beautiful example of a classic library built at the turn of the 20th century. No expense was spared. The doors were open to the public on June 1, 1898, and remain open and ready to serve the reading community of Anaconda–more than a century later.

Phoebe Hearst, wife of George Hearst and mother of William Randolph Hearst, had a great affection for the town of Anaconda. She offered to build a library for its citizens. They accepted the offer, knowing that a library would give the people a chance to better themselves.

Mrs. Hearst always had in mind something more than a public library. She intended her library to be a public space, one where the people of Anaconda could go to read, as well as enjoy the finer things life had to offer. She not only supplied the beautiful building with books, but also filled it with original and valuable pieces of art. It was a cultural center for a town that knew how to work hard.

Mrs. Hearst maintained the library until she handed the keys over to the City of Anaconda in 1904, relinquishing her day to day control of the library. She did however see to it that the library received an annual gift of books.

Anaconda-Deer Lodge County has maintained the library for more than a hundred years. It has done so through boom times and bust. The library relies on the citizens of Anaconda for its financial as well as moral support.

Due to the high level of service that the library currently offers and the cherished memories of thousands of Anacondans, the library continues to thrive.

Interest in preserving Alta California’s 21 missions as historical relics slowly started to gain traction in the 1890s and early 1900s thanks in large part to Los Angeles journalist and Indian rights activist Charles Fletcher Lummis, who used his successive “Land of Sunshine” and “Out West” magazines to advance his causes. Lummis took the helm of the Landmarks Club of Southern California, which purpose was to prevent the adobe-walled mission buildings from returning to the earth from whence they sprang.

Lummis, who founded the Southwest Museum of the American Indian in 1907 (now part of the Autry National Center) had a well-heeled ally in Phoebe Apperson Hearst (1842-1919), wife of U.S. Sen. George Hearst and mother of San Francisco newspaper magnate William Randoph Hearst. Keenly interested in archeology, Phoebe founded the Museum of Anthropology at U.C. Berkeley in 1901 and funded Lummis’ endeavors with the Landmarks Club.

Phoebe’s philanthropic tendencies passed down to future generations. Mission San Fernando became an active church again in 1923, but it took funding from the Hearst Foundation in the 1940s, during her son’s lifetime, to restore the buildings to their former glory.

Helena, Montana’s state capital and the state’s third territorial capital, became known as the “Queen City of the Rockies” with the boom brought on by the 1864 gold strike. In 1864, a group known as the “Four Georgians” (consisting of John Cowan, Daniel Jackson Miller, John Crab, and Reginald – or Robert – Stanley), stumbled upon gold in what is now Helena’s main street. The claim was staked and named “Last Chance Gulch.” The “Four Georgians” worked the gulch until 1867, at which time they went back East.

Once the news spread about the gold discovery, Helena became a boom town seemingly overnight. In only a few short years, several hundred businesses opened up shop in Helena, and more than 3,000 people called Helena home. Also, many previous mining strikes in other areas of Montana began to play out. As a result, many miners in these areas gravitated toward Helena.

As the gulch began to fill up with people, the miners decided they needed to come up with a name for the town. The name “Helena” was not immediately bestowed upon the town. The “Four Georgians” originally named it Crabtown after John Crab, one of the founders. However, many of the miners from Minnesota began to call the town Saint Helena, after a town in Minnesota. The name was eventually shortened to Helena, its current name.

Montana became a United States territory in 1864. In 1875, Helena became the capital of Montana Territory. When Montana became a state, the fight for the location of the state capital pitted “Copper King” Marcus Daly of Anaconda against rival William A. Clark, who supported Helena. Helena won, and ground was broken in October 1898 for the new capitol. Helena continues to serve as the seat of Montana’s state government and politics.

In 1883, the Northern Pacific Railroad arrived in Helena and further fueled the town’s growth. With establishment of the territorial capital in Helena, the town slowly began its transition from a typical mining town, which prevented the town’s collapse when gold ran out in Last Chance Gulch.

By 1888, an estimated 50 millionaires made Helena their home. Last Chance Gulch produced an estimated $3.6 billion (in today’s dollars) in gold over a 20-year period. Helena continued to prosper despite the depletion of gold. The town’s central location in Montana, coupled with its designation as the state capital, continued to bring in new people and roads. Helena also functioned as a distribution point (due to the transportation hub of roads and railroads that developed) for outlying mining towns and other nearby resource extraction industries. Agriculture in the valley also helped sustain Helena’s growth.

The downtown area of the capital city is situated in a steep gulch, with parts of the city perched on surrounding hillsides. This picturesque setting opens up into a wide valley to the north. On the upper eastside sits Montana’s state capitol. Helena’s glorious past is celebrated today with the spectacular 19th-century mansions, historic Last Chance Gulch businesses, and restored pioneer dwellings.