In 2000, Stacey Pierrot, who was sold the Rosamond Legacy, hired Tom Snyder, a ghost writer, to author a biography about my late sister. Pierrot  put an ad on her web page that begged for folks who KNEW Christine to contribute. I am my brother, declined.  Patrice Hanson never met Rosamond, or, any member of my family. Being a Stage Mother, she answered this ad. She did not say who she was. She did ask if I was going to be at the reopening of the Rosamond gallery she was invited to, and was told I would not. She and my daughter, I did not know existed, promenaded about the gallery, introducing themselves. Heather was a singer and actress, who did not want to see me, because her mother told her bad things about me. Patrice promised our daughter she would be rich ad famous IF THEY ever found Rosamond. My family highly suggested they should let me know I was a father. How could they be in Snyder’s book?

Why did Patrice Hanson lie to me about being a member of Scientology? Patrice is a control freak who thrives on the covert hidden agenda. She never let my daughter – be my daughter. She was going after the Rosamond Story and Legacy weeks after Heather was born. Her husband was a convicted Con Artist. Did they try to find Christine Rosamond? If they did, would she shut the door on them? Of Course. When they discovered she was dead, and I was authoring a book, to rival Tom Snyder’s book of lies, they wanted to be in BOTH books. I should have had the Hansons sign the non-disclosure agreement Snyder almost tricked me into signing.

Here is Tattoo Mike, a friend of the Reeds and many people in Eugene. He was shot dead by a Scientology Guard. I will send this to  Leah Remini.

After I began to ask good questions, such as why my daughter would not change her surname to Presco, Patrice asked me this strange question.

“When you had a near-death experience, and left your body, did you encounter my mother?”

When Patrice first called me she said she had something important to tell me.

“We have a daughter!”

“My angel introduced us!”

“What color hair does she have?”

Heather had bleached her hair.

Everyone who heard this story, fought back tears, or, balled like a baby. They said OUR STORY would be a Best Seller. OUR STORY! The greatest Father & Daughter Story of all time!

When I read about the “theta universe” I got what Patrice was up to. What she was suggesting, was, her mother wanted to come back to Earth, and be close to her daughter, again. She had jumped off a cliff, and killed herself. She was there already, as a Guardian Angel. But, she wanted to hold her grandchildren – when they are born! So, WE made an agreement in 1967, that I would get her daughter pregnant – if our paths crossed. Fat chance! I should have known better.

When Patrice’s womb is full of her Blessed Mother, my work in the theta universe is done. My space seeds have  completed their mission, and now I must fade away. Too bad I had not joined Scientology. I am not included in the “major win”  report to the Mission. My genitalia begins to dry up. I’m a gonner! L. Ron is writing me out of the script from Level THC 3. This is pure Pulp Fiction, with a touch of Thomas Pynchon, who I suspect may never publish again, because he is too busy reading this blog and trying to figure out Donald Trump – who is a lot like L. Ron. Am I the first to make the connection? Could it be Ron’s work on Earth is not done, and he wants to control the world? What about Putin? The Cold War is on again. Most Science Fiction is the spawn of the Cold War. A furtile mind can escape reality in outer space.

I am given Psychic Sea Cadet orders to give up my biography and help Patrice write HER STORY about the angelic mother that came back as her daughter. And, I will call up my sister Vicki, and tell her to get the new Mercedes ready, load the trunk with a million dollars in cash, and park it in front of the Rosamond Gallery – for here she comes…..

MOMMY DEAREST! The Divine ‘Rose of the World’.

Light up those votive candles, because it appears that Christine Rosamond passed her creative baton off to The Mommy Daughter of the World – when she drowned at sea, just like Patrice’s mother did, after she jumped off that cliff at Hermosa Beach. Wow!

“Oh, and she will be managing the gallery from now on – even though she has lingering suicidal thoughts in her theta-cleansed cranium, and, doesn’t know how to paint worth shit! And, knows nothing about art!”

THEIR STORY…….UNBORNS me! I am cut out of the deal! People are asking about the Miracle Dad, and  his whereabouts. If my mother were alive, and heard the Good Mommy News, she would kill Patrice, and take her grandchild home to live with her.

I have considered many times, if my angel-muse was Christine. They denied I was Rosamond’s Mentor. I owe Larry an eternal debt of gratitude for pointing this out.

Patrice denied in a long letter she was a member of Scientology. Then she kidnapped our daughter which was a crime in California. I came to own proof she is a major liar when I asked for my e-mails back, and the Mission letter was included – by accident. She had every intention of making me feel miserable, make me feel guilty and confused – even suicidal – the real father of her child.

As for the Personal Values and Integrity Course Heather was taking, I suspect she flunked out because grandma wanted to use her BRAND NEW PUSSY, take it for a test drive, and got caught sneaking out of the Scientology Compound to be with that twenty year old play-dude, who got her pregnant, I suspect on the first shot. He refused to marry Heather-Ma who could have used some of her scientific skills, by asking;

But, then, I would never had held my beautiful grandson. 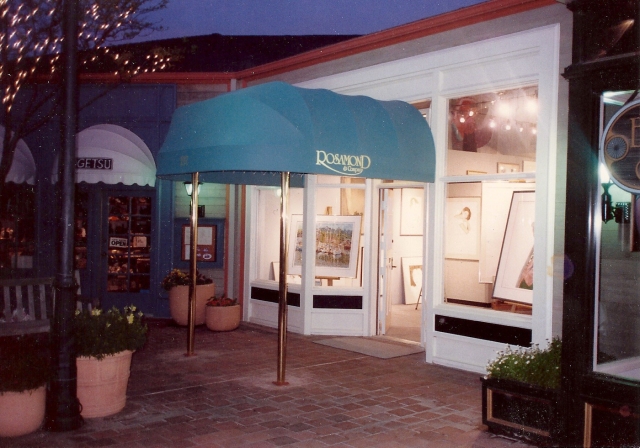 Scientology proposes that in its “native state” the spirit/thetan is immortal and god-like and possesses the potentiality of knowing everything, but that in present time its true capabilities have been lost and forgotten. As an immortal entity, the spirit/thetan lives on after body death and is born into a new physical body, again and again, lifetime after lifetime, in an endless cycle of birth and death. As a result of traumatic incidents extending back from the present life through a long series of “past lifetimes” hidden from conscious memory, the spirit/thetan has become trapped in the physical body and the physical/MEST universe.

Hubbard felt that African Americans had a tendency to personify the MEST universe by giving objects personalities: “Actually, have you ever noticed how a negro, in particular, down south, where they’re pretty close to the soil, personifies MEST? The gate post and the wagon and the whip and anything around there. A hat – they talk to ’em, you know. ‘Wassa madda wit you, hat?’ They imbue them, with personality.”[9]

Other racial implications of MEST[edit]

In The Fundamentals of Thought, Hubbard also says:

Unlike yellow and brown people, the white does not usually believe he can get attention from matter or objects. The yellow and brown believe for the most part (and it is all a matter of consideration) that rocks, trees, walls etc. can give them attention. The white man seldom believes this and so is likely to become anxious about people.

Thus the white saves people, prevents famine, flood, disease and revolution for people as the only purveyors of attention are scarce. The white goes further. He often believes he can get attention only from whites and that yellow and brown peoples’ attention is worthless. Thus the yellow and brown races are not very progressive but by and large, saner. And the white race is progressive but more frantic. The yellow and brown races do not understand white concern for “bad conditions” since what is a few million dead men? There are plenty of identities and there is plenty of attention, they think. The white can’t understand them. Nor can they understand the white.[10]