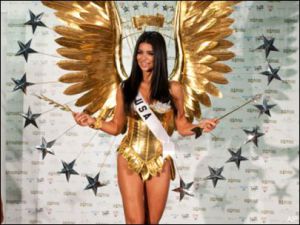 Evangelicals want to put Trump in the White House.  They also wanted George W. Bush in the WH – and to invade Iraq! They wanted less governemtn controls, and they got the Mortgage Meltdown. Many follow the bull of Prosperity Gospel, and the Banks are still ripping off people. They say they want Morals and Jesus, but, what do they really want? How about POWER, power over men, power over women? How about – MONEY? They want what Trump has……..

End Time Doomsayers are rubbing Bully Trump in order to get some of his GOOD LUCK! Of course they ignore the powerful evidence Trump is Satan ‘The Great Deciever’ because he must come before Jesus will comes. Might as well get that great house on the beach! When white evangelicals saw black evangelicals sucking in all Trump’s goodness, they decided to vote for him, too, and thus his rise in the polls.

Award-winning Christian author Philip Yancey is dumbfounded by the way that many members of his faith have rallied around Donald Trump.

Yancey expressed his doubts about the Republican presidential candidate and his Christian supporters during an interview with website Evangelical Focus.

“I am staggered that so many conservative or evangelical Christians would see a man who is a bully, who made his money by casinos, who has had several wives and several affairs, that they would somehow paint him as a hero, as someone that we could stand behind,” Yanceysaid.

“To choose a person who stands against everything that Christianity believes as the hero, the representative, one that we get behind enthusiastically is not something that I understand at all,” he added.

On Tuesday, Jerry Falwell, Jr. — son of famous evangelist Jerry Falwell and head of the evangelical college Liberty University — formally endorsedRepublican businessman Donald Trump for president. Trump’s campaign claimed the nod as a major victory for “the Donald,” and at least one media outlet crowned Trump as “the official evangelical candidate” — a highly sought-after distinction within the GOP, whose base includes millions of evangelical Christians.

But the buzz surrounding the announcement also included a heavy dose of confusion. Trump, like all GOP candidates, has worked to court evangelicals, but also repeatedly flubbed attempts to talk coherently about religion throughout his campaign. He has been unable to name his favorite book of the Bible, said that he doesn’t ask for forgiveness from God because he’s “not making mistakes,” appeared confused about the beliefs of the Presbyterian denomination he claims, and evoked laughter while speaking at Liberty University earlier this month by referring to a book of the Bible as “two Corinthians” instead of the more common phrase “second Corinthians.”

Trump couldn’t even hide his religious illiteracy when he tweeted out the news of Falwell’s endorsement, referring to the college president as “Rev. Jerry Falwell Jr.” even though he is not an ordained religious leader or reverend of any sort.

Despite this, Trump has continued to garner hefty support from evangelical voters, even as prestigious theological conservatives such as Russell Moore — head of the political arm of the Southern Baptist Convention and an actualreverend — openly criticize his candidacy as out-of-step with evangelical beliefs.

Thus, yesterday’s endorsement left many political cognoscenti raising a question that has been asked many times this election season, including by Trump himself: How could so many evangelicals, a group known for their pursuit of spiritual purity, flock to a twice-divorced, theologically challenged man like Donald Trump?

The answer is complicated and somewhat unclear, and the small cadre of evangelical leadership currently backing Trump is of a slightly different breedthan what you might find at most conservative theology conventions. But when it comes to understanding Trump’s popularity with the evangelical masses, the key lies in a simple reality: Lots of evangelicals — especially Trump supporters — simply aren’t that “religious.”

To be fair, you can’t totally blame the media for missing this. For decades, political commentators — and even some religion scholars — have lifted up evangelical Christians as somehow different from other religious groups, insisting they cling more tightly to their expressed values than other Americans. This myth was also largely created by evangelicals themselves: theological conservatives have spent decades touting their churchgoing legions as “values voters,” holding conferences lauding themselves as unique among the American public for their dedication to candidates who reflect their religious “values.” Flagship colleges of evangelicalism such as Liberty University and Wheaton College have constantly waged public battles over Christian “orthodoxy,” decrying mainline Christianity and left-leaning Catholicism as watered-down versions of the faith and often claiming implicit ownership over what is or isn’t “Christian.” Although other religious groups pushed back against this narrative every step of the way, the American media — not to mention the political elite — eventually accepted the truism that evangelicals, for better or worse, are “more” religious than other demographics, meaning they would behave (and more importantly, vote) according to principles such as family and faith.

But this was simply never true. Granted, evangelicals do boast higher worship attendance numbers than other faith communities, and those who do go to church regularly tend to vote and behave in ways that match the greater evangelical agenda. But that doesn’t mean they all sit in the pews every Sunday, nor does it mean they blindly accept whatever their pastor tells them:anywhere from 35 to 40 percent of evangelicals attend church occasionally, seldom, or never. You’re less likely to see this more wayward subset of evangelicalism singing hymns on Sunday morning, but they’re happy to identify as evangelicals on opinion polls anyway, and have often been the group lifted up by progressives as examples of evangelical “hypocrisy.”

Most evangelical churches discourage divorce, for instance, yet conservative Protestants who attend church less than twice a month have higher divorce rates than any other group — including the nonreligious. You would be hard pressed to find a major evangelical leader who endorses violence in the home, yet the states where women are most likely to endure domestic abuse include South Carolina, Alabama, Louisiana, and Tennessee — regions with sizable populations of theological conservatives, including many that skip Sunday service. And evangelicals overwhelmingly condemn premarital sex in fiery sermons and through abstinence-only campaigns, yet poor, theologically conservative Americans regularly report high numbers of unplanned pregnancies and S.T.D.s — in fact, evangelical teenagers are actually moresexually active than Mormons, mainline Protestants, and Jews.

As it turns out, these biblically “prodigal” evangelicals are the heart of religious support for the equally prodigal Trump: According to the Wall Street Journal, only 38 percent of Trump supporters attend worship weekly or more, compared to 56 percent of social conservative voters and 43 percent of Republican establishment voters.

This partly explains why this group can relate to someone like Trump, a man who doesn’t try to hide his less-than-pious ways, but who doesn’t apologize for them either. It also sheds light on the continued popularity of passionate Trump supporter Sarah Palin, whose family claims an evangelical identity but whose children are infamous for becoming pregnant out of wedlock and allegedly engaging in domestic violence.

None of this is new, of course, and the media’s perception of religion — especially evangelicalism — is typically painfully un-nuanced, and often inadequate for explaining the role faith actually plays in many people’s lives. It would be easy, for instance, to dismiss this subgroup as hypocritical or somehow unrepresentative of evangelicalism, and several evangelical leaders are seeking to do just that. But they’ve always been there, mucking up evangelical claims to collective piety and even rebranded as “nominal” evangelicals by frustrated conservative voices. Ultimately church attendance doesn’t make one more or less “religious,” and this group is a self-identified evangelical force to be reckoned with — whether or not the Religious Right approves.

And now, after years of supporting whoever the evangelical elite told them vote for, they’ve got their own candidate. And his name is Trump.