On January 25, 2016, I stood before the Mayor and City Council of Eugene, and proposed a Newspaper Museum be built over Ken Kesey Square, and a Labyrinth Walk, be build underneath. Kitty made a small note of my idea. https://rosamondpress.com/2013/06/03/oregon-yours-mine-ours/ 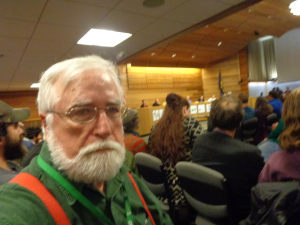 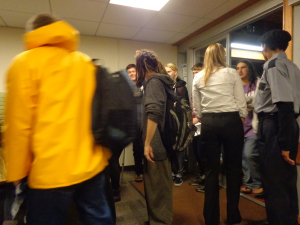 On January 25, 2016, a entertaining and dedicated group of Citizens of Eugene marched to Wayne Morris Free Speech Plaza where we signed up to speak before the Mayor and City Council. Zane Kesey made an impassioned appeal to keep the Square, and the discussion about its fate, open. I go FURTHER than that. I declare it a done deal! History itself claims the Square. They can not take away OUR HISTORY!

What does “platted” mean?

“As revitalization continues to reshape its surroundings, the area in downtown Eugene that the future city’s earliest settlers platted as its town square remains a place that time has by and large forgotten.”

After undergoing numerous transformations during its first century, the Park Blocks — the four corners of public space bisected by Eighth Avenue and Oak Street — have seen little meaningful change in the past half-century or so.”