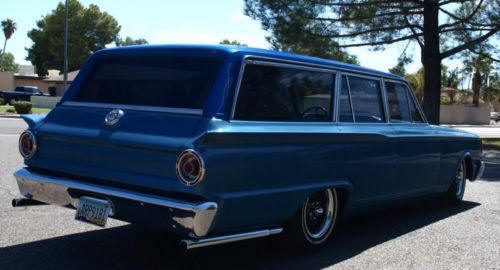 Someone donated the 1963 blue Ford Fairlane the unarmed CORE members were driving when they were pulled over by armed law enforcement, some who belonged to the White Knights. How many cops shot these three men, and, how many times?

Last evening, God told me to RESTART the Civil Rights Movement, ressurrect this Ford, and get it back on the Highway. Let’s find out who donated it. This Fairlane can be at the START of the parade to keep certain weapons out of the hands of men, and women, who have lost their mind, and soul, if just for a little while. These aren’t foreign terrorists.

Rep. Catherine Clark approached Lewis with the idea of a Civil Rights-like sit-in, and he went with it.

After recessing the House for most of the day and leaving Democratic members to protest for gun-control votes, Speaker Paul Ryan gaveled the House back into session at 10 p.m. ET.

When the House was gaveled back into session a little after noon, Rep. Ted Poe, a Republican from Texas who was speaker pro tempore at the time, was shouted down by members.

The U.S. House of Representatives descended into chaos on Wednesday after Republicans refused demands by Democrats, who staged a “sit-in”, to bring up gun control legislation in the wake of the nation’s worst mass shooting in modern history.

Scores of Democrats flooded the chamber for more than 12 hours, sitting on the floor and chanting in a “sit-in” protest, taking over the House even as the Republican leadership shut off television cameras and microphones as they tried to force lawmakers back to order.

Republican House Speaker Paul Ryan refused Democrats’ demands for action on gun control and instead forced a vote on unrelated bills even as raucous scenes spilled across the legislative chamber.

Several Republican representatives, including Louie Gohmert of Texas and Steve King of Iowa, charged the chamber floor and yelled at Democrats, prompting a tense confrontation that nearly descended into fisticuffs.

Republican Representative Markwayne Mullin of Oklahoma, a former professional mixed martial arts fighter, made his way through an aisle thick with members in an apparent attempt to ease tensions.

It was a new low for the House, which in recent years has become mired in partisanship and legislative deadlock.

“This is not a great moment for the House of Representatives,” Brad Sherman, a California Democrat, said amid the melee. “Order has broken down because we have a speaker who has not allowed us to vote.”

Ryan called for decorum but could scarcely be heard over Democrats chanting “no bill, no break!” and insisting that the chamber remain in session until Republicans allow a vote on gun control legislation.

The Democrats had begun their protest around midday (1600 GMT), bringing other House business to a halt as they occupied the floor, with some of them sitting in the aisles. Ryan entered the chamber about 10 hours later and announced a vote would be held immediately on an investment advice bill.

Democrats held up the names of gun violence victims during the vote.

“We will stay,” House Democratic leader Nancy Pelosi said on the chamber floor as members vowed to continue their sit-in as long as it took to get a vote on a gun bill.

Ryan said earlier he would not bend to the Democrats’ demands and said he would not bring up any bill that would take away gun owners’ constitutional rights.

The House had not been brought to a standstill by a protest since August 2008, when House Republicans, then in the minority, took the floor to demand a vote on allowing offshore drilling.

The Democrats’ move echoed last week’s filibuster by Senate Democrats to protest against inaction on guns in the wake of the June 12 massacre at a gay nightclub in Orlando, Florida, where a gunman killed 49 people and wounded 53.

After the Senate talk-a-thon, the Senate’s Republican majority scheduled votes on four gun control measures – all of which failed on Monday. Work on a compromise is under way.

Guns are a potent U.S. political issue and Americans are on edge after mass shootings in recent years in Connecticut, Colorado, California and elsewhere. The House chaos reflected what is fast becoming a heated issue in the Nov. 8 U.S. presidential election.

Congress has not passed major gun control legislation since 1994, with gun rights defenders saying such measures infringe on the constitutional right to bear arms.

Ryan also remained steadfast in not allowing a vote on the issue. As well as the investment bill, Republicans also advanced a $1.1 billion funding measure to fight the Zika virus.

Led by Representative John Lewis, a Democrat from Georgia and veteran of the 1960s civil rights movement, Democrats urged gun control measures such as tighter background checks and legislation to curb the sale of weapons to people on government watch lists.

Lewis made an impassioned speech on the House floor to the more than 100 fellow Democrats huddled around him urging them to “never, ever give up.”

“They (the American public) want us to do something. We have a moral obligation, a mission and a mandate to do something,” Lewis said to applause and cheering.

Pelosi invoked not only Orlando but other mass shootings, including an attack a year ago by a white man at a black church in Charleston, South Carolina, that killed nine. “Right now there is an opportunity,” she said.

Tweets of support came from outside Congress. “Thank you John Lewis for leading on gun violence where we need it most,” President Barack Obama tweeted.

Lawmakers also took to social media to document their demonstration with video and pictures.

Outside the Capitol, nearly 50 people gathered in solidarity at a rally organized by Everytown for Gun Safety, the advocacy group backed by former New York Mayor Michael Bloomberg.

Many House Republicans said they viewed the problem differently from Democrats. “We don’t view the fact that someone becomes radicalized and decides to kill a bunch of Americans … as a gun problem,” Representative John Fleming of Louisiana said on Wednesday. “We view that as a terrorist problem.”

“No bill, no break,” they chanted. The House is scheduled to break on Sunday, and Democrats are demanding a vote on two bills before they go: one that bars anyone on the no-fly list from buying a firearm and another that broadens background checks for firearm purchases.

A prayer was said and members recited the Pledge of Allegiance, but once it became clear that regular business would not take place, Poe called for another recess.

AshLee Strong, a spokeswoman for House Speaker Paul Ryan, said the House “cannot operate without members following the rules of the institution, so the House has recessed subject to the call of the chair.”

Rep. John Lewis, a Democrat from Georgia, announced the sit-in earlier this morning.

After the three men were shot, they were quickly loaded into their Ford station wagon and transported to Burrage’s Old Jolly Farm dam located along Highway 21, a few miles southwest of Philadelphia. Herman Tucker, a heavy machinery operator, was at the dam waiting for the lynch mob’s arrival. Earlier in the day, Burrage, Posey, and Tucker had met at Posey’s gasoline station or Burrage’s garage to discuss these burial details, and Tucker most likely was the one who covered up the bodies using a bulldozer that he owned. An autopsy of Andrew Goodman, showing fragments of red clay in his lungs and grasped in his fists, suggests he was probably buried alive alongside the already dead Chaney and Schwerner.[16]

After all three were buried, Price told the group:

Well, boys, you’ve done a good job. You’ve struck a blow for the white man. Mississippi can be proud of you. You’ve let those agitating outsiders know where this state stands. Go home now and forget it. But before you go, I’m looking each one of you in the eye and telling you this: “The first man who talks is dead! If anybody who knows anything about this ever opens his mouth to any outsider about it, then the rest of us are going to kill him just as dead as we killed those three sonofbitches (sic) tonight. Does everybody understand what I’m saying. The man who talks is dead, dead, dead!”[17]

Eventually, Tucker was tasked with disposing of the CORE station wagon in Alabama. For reasons unknown, the station wagon was left near a river in northeast Neshoba County along Highway 21. It was soon set ablaze and abandoned.[citation needed]

The bodies of the CORE activists were found only after an informant (discussed in FBI reports only as “Mr. X”) passed along a tip to federal authorities.[24] They were discovered underneath an earthen dam on Olen Burrage’s 254 acres(103 ha; 0.397 sq mi) farm. Schwerner and Goodman had each been shot once in the heart; Chaney, a black man, had been beaten and shot three times.

The identity of “Mr. X” was revealed publicly 40 years after the original events, and revealed to be Maynard King, a Mississippi Highway Patrol officer close to the head of the FBI investigation. King died in 1966.[25][26]

I blame the people in Washington DC and on down in the state of Mississippi just as much as I blame those who pulled the trigger. … I’m tired of that! Another thing that makes me even tireder though, that is the fact that we as people here in the state and the country are allowing it to continue to happen. … Your work is just beginning. If you go back home and sit down and take what these white men in Mississippi are doing to us. …if you take it and don’t do something about it. …then God damn your souls![21][28]