The Grail of Rosamond 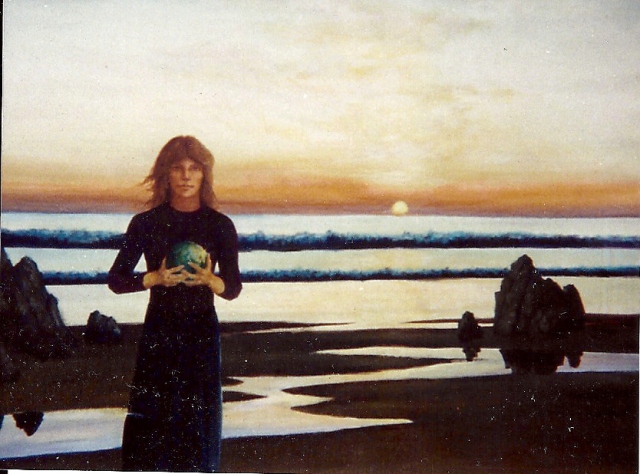 In the video I shot at Ken Kesey Square, I told Belle Burch about the Rosamond legend, after I turned my camera off. I just mention the name Rosamond, before I did. I wish I had left it on, but, I wanted to be taken seriously. I filed some cryptic letters in the probate of Christine Rosamond Benton, where I talk about Fair Rosamond and our Rose Line. I did not know Belle’s parents conducted a Labyrinth ritual.

My legal battle to preserve and resurrect the story of Fair Rosamond, and the Labyrinth of King Henry, who begat the Plantagenet line that gave birth to the War of the Roses – that the Game of Thrones is based upon – is epic and prophetic. I sent letters to a judge, the executor, the attorney general of California, a congressman, the ACLU long before Dan Brown published ‘The Da Vinci Code’ and before he was sued by the author of ‘Holy Blood, Holy Grail.

After I sent Erin Sullivan the post she wants removed, she responds to my comparison of the image my late brother-in-law rendered to ‘The Da Vinci Code’.

My letter to my aunt Lillian July 8, 1999, is so sad, because she has betrayed me and given an interview to the rival biographer, Tom Snyder. But, I have forgiven her. I did not want this Rosamond Sister to die without owning a clue, like my mother Rosemary did. No member of my family told me Rosemary was in the hospital, dying. They did not tell me my father – was dead! This was done in order to make money off the movie about Rosamond. They did not want a producer to find a much better book on the shelf – that proves the account of how Rosamond died – are false!

In my letters I suggest what my family did to me, is what they did to the world-famous artist ‘Rosamond’  name that means ‘Rose of the World’. With the two family artists, and authors, out-of-the-way, they were gong to walk out of the Rosy Labyrinth, with all the gold! I stopped them, with no lawyer, not money, no family member on my side. I stopped them with this blog. I live on $700 dollars a month. A newspaper or magazine with a staff of twenty, and a budget of a million dollars a month, could not do what I have done. But for Marilyn Reed, I have been so isolated. Belle offered to edit my autobiography, for a fee. Christine’s 276 page autobiography was disappeared because it belonged to the Heirs.

I asked Belle to marry me so she would be in my Rosamond Family Tree. Her name would be on my book next to mine. As my wife they could not go after her. This would have been a platonic relationship. After radiation treatment four years ago, I have not had an erection. Consider the Fisher King. My greatest fear was dying, and having my evil brother erase this blog. He disowned me I refused to include some of his racist rant in my rosy tale.

I could not get it out of Belle whether she was homeless or not. I only found out about her being arrested when she said her boyfriend was named Ambrose. I googled them. Was he committed to her? Did he talk her into getting arrested – for his cause? It was going to be hard for her to get a job. I had adopted Hollis. At the Wandering Goat, she described the image of a woman smelling a rose. She gestured holding the rose with her beautiful hands, and, that was it for me. Destiny!

“It’s my favorite painting. Waterhouse did it. Are you familiar with it.”

“Yes! I’m a Pre-Raphaelite. Can I photograph your hands!”

“No. What’s a pre-Raphaelite?”

“Why not?” I whimpered, for the hands in ‘The Soul of the Rose’ have come alive. 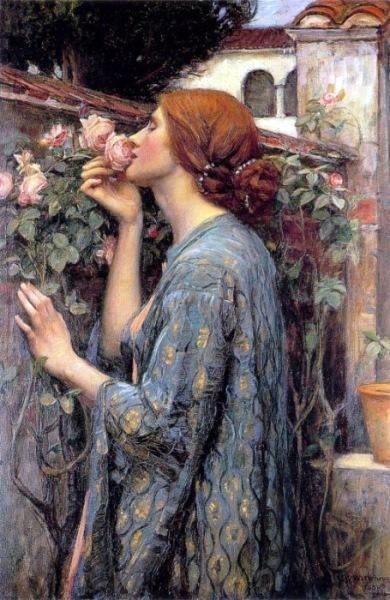 Belle majored in English literature. I asked her to be the co-author of  ‘Capturing Beauty’. She wanted money off the top!

“Many of Waterhouse’s women are trapped or imprisoned and he seems fascinated by the idea of a woman who is powerful yet restrained. This may have been what he observed with women with high public profiles during his lifetime. The Soul of the Rose is no exception to this, as the woman is shown against a brick wall, her pleasure is nature and her thoughts of a love that was.”

Belle and Lillian look-alike. In March of 2000 I found her father’s un-marked grave in Oklahoma City, which took some expert detective work, Lillian paid for the marker you see above. Born of two Roses. When I showed this to other alleged scholars, they hated me. They banned me. A real Rose Line can’t be real, can’t have anything to do with Michael Baigent and Rich Leigh.

I offered to teach Belle Rosamond’s style so she could make money. Rosamond fans did not know that a Nazi misogynist was controlling the Rosamond legacy, and, a sixty-eight year old Iranian, was producing Rosamond knock-offs disguised a woman named Sara Moon. Belle was behind Ambrose and Alley in holding fake art be-ins in Ken Kesey Square. My uncle was good friends of the Keanes. There are two movie scripts out there that have to mention members of my family – and ignore me at all costs. My offer still stands! I got my own movie script!

Brown was eavesdropping, lurking in our group, when I threatened to turn my Rose Family into a Harlequin Romance. Both Rosemary and Lillian dated the actor Errol Flynn. Mark Presco did not tell me our aunt was dying, or, our mother. I did not get to say goodbye to either. Mark is a neo-Nazi right-wing racist. He took delight in wiping me out. I learned he hated Christine because she would not repay a $3,000 dollar loan. He’s a millionaire who wanted to prove his business skills could make money in the art world. You don’t need sensitive Bohemian types. In his blog he labels women “parasites”. He called me a “parasite on society” when I sixteen, after I told him my chosen profession was – ARTIST!. Picture Donald Trump in a rage!

“No one makes money off their art! You’re a parasite on society!” my brother screamed at me, then came over and threw my plate of food on the floor.

Here is the Rosamond imitator, and parasite, who gave Mark Big Eye Ideas!

Mark  is like Trump! Money talks – and rules! That women are getting on board the Trump Train, is to see beautiful German women giving Hitler a Nazi salute. My older brother hated me the moment he lay eyes on me. When Rosemary brought me home from the hospital, he went and got a big pot and put it on the stove.

“Put him in here, Mommy!” he cooed, and Rosemary had Vic go get his camera. That shot is lost, but, this one tells the whole story. I suspect Belle had chubby cheeks like me. Do you see his hand creeping up to my neck? 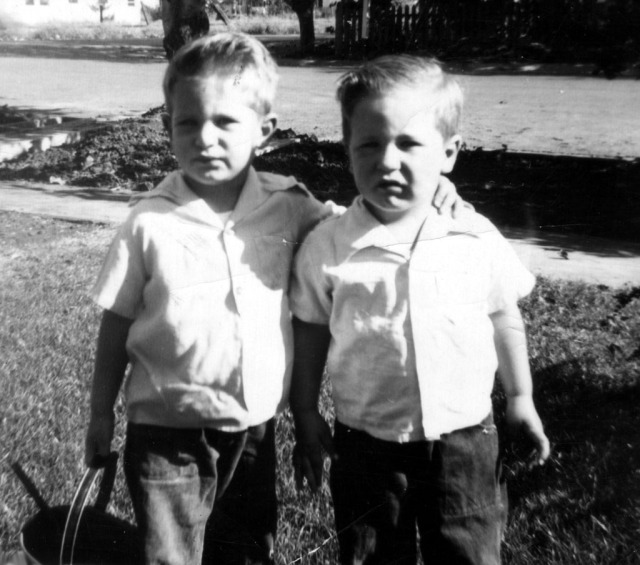 Mark knew about Bijan, and would rather see a foreign Iranian make gobs of doe, than see his brother make one red cent. For a year or more, people thought I was Bijan. When I pointed this out to my rival, Ian Sinclair, he mocked me. Bijan hired a ghost artist named Christopher to imitate his Rosamond imitations. I received nothing from the Rosamond Estate, which left me feeling like the Phantom of the Opera.

What is in a name? I got out my Raymond Chandler code book, and…….BEHOLD!

Erin Sullivan speaks of the Dactyls on her money-making website. You will find them in my letter to my beautiful aunt whom Errol Flynn came courting, he and his best friend playing a guitar and singing her a love song. I sign this letter ‘Jon Ambrose’ because I believe the name Braskewitz/Prescowitz means ‘Ambrosius’. “divine immortal’

Goodbye Lillian. She is free and clear because after she read my letter, she said;

“I want to be in your history.”

This is my memorial. Play Wagner’s Parcival as you read.

Some of the ideas presented in Baigent’s earlier book The Holy Blood and the Holy Grail, were incorporated in the bestselling American novel The Da Vinci Code, by Dan Brown.[11]

In The Da Vinci Code, Dan Brown named the primary antagonist, a British Royal Historian, Knight of the Realm and Grail scholar, Sir Leigh Teabing, KBE, also known as the Teacher, in homage to the authors of The Holy Blood and Holy Grail. The name combines Richard Leigh’s surname with ‘Teabing’, an anagram of Baigent.[12]

In March 2006, Baigent and Leigh filed a lawsuit in a British court against Brown’s publisher, Random House, claiming copyright infringement.[13]

Concurrent with the plagiarism trial, Baigent released a new book, The Jesus Papers, amid criticism that it was just a reworking of themes from Holy Blood, Holy Grail, and timed to capitalize on the marketing hype around the release of the movie The Da Vinci Code, as well as the attention brought by the trial. In the postscript to the book (p. 355), Baigent points out that the release date had been set by Harper Collins long before.

On 7 April 2006, High Court judge Peter Smith rejected the copyright-infringement claim by Michael Baigent and Richard Leigh, and Dan Brown won the court case. On 28 March 2007, Baigent and Leigh lost their appeal against this decision and were faced with legal bills of about 3 million pounds. 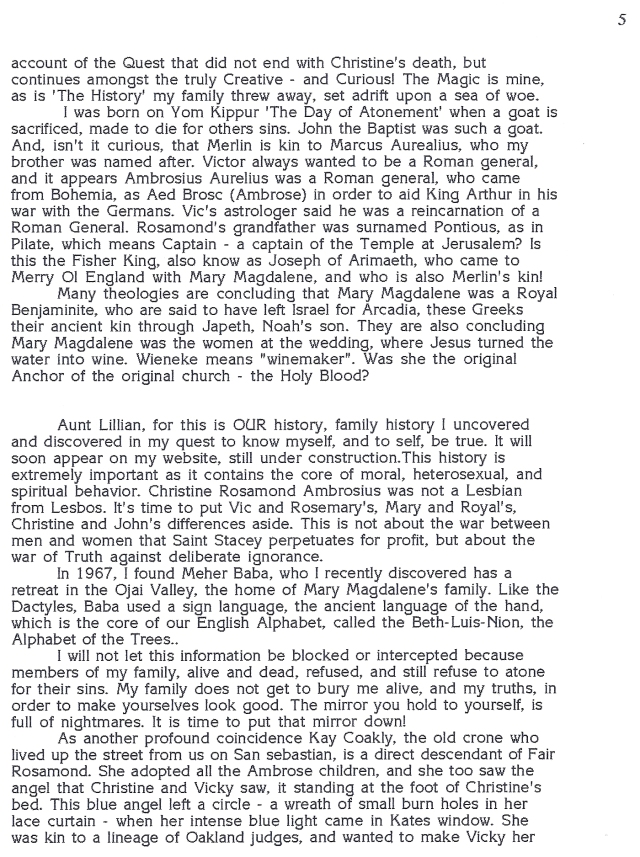 1 Response to The Grail of Rosamond