Last night I tried to tell Christine Wandel about Bohemians. She got upset when she thought I called her a Bohemian. She did not know what a Bohemian was. She heard it used in a derogative manner. When my mother and I beheld a photo of our other-worldly kindred having a picnic in the Oakland Hills, she said;

bohunk: Used as a disparaging term for a person from east-central Europe, especially a laborer.

Note the rifle hanging in the tree. Stefen is the brother I deserved. I have a Artist Ally in the world.

A hour ago I got off the phone with Stefen Eins who Christine said I conjured up and brought into her life when she really needed a friend. He told me his people are Bohemians who lived in the Czech Republic. I told him my grandfather, Wensel Anton Braskewitz (Prescowitz) was born there.

Above is what I consider a artistic masterpiece. It is beyond being a readymade, because, it has no owner. No artists name can be applied to it. It is not a co-creation. What it is a faint pink line drawn on the cement that was once the floor of a store that was once covered in linoleum. The scratches you see were made when workmen used tools to take the linoleum up. They were aware these tools were scratching the surface. They saw the patterns they left behind, but, never dreamed they were creating a work of art – that did not exist – until folks who put on Springfield’s Chalk Festival mapped out rectangles on the cement using a square a measuring tape. They then folded in half a piece of cardboard, wrote the artists name on it –  that reserved this space – then taped it to the cement. When I captured this plot in the frame of my photograph, I was a new owner, or, co-owner of this plot, because I was the first to render it into a work of art – or so I thought. After I re-framed the concrete, I considered if I was Stefen Ein’s disciple.

What the chalk line is, is CONJURING. It may represent the coming together of the artistic ideas of two Bohemian Artists, they meeting on the edge of the two-dimensional cage that most framed artwork is, or isn’t in some rare cases. This is one of those rarities. With the suggestion of color, I experienced an optical illusion where I saw this plot covered in faint pastel colors, yellow, blue, green. My mind was filling in the blank area. It took some effort to stop my hallucinating and see what was really there. What I would eventually see, is that this work transcends, teleporting, telephoning, telescoping, and, teledesign, a word I just made up. It could be delayed-telepathy where the message has been sent, after the means to receive the message has been launched.

Then I mentioned the Dwan Gallery in Westwood. Stefen mentioned the Dwan Gallery in New York. What we talked about was TELEMUSE, another word I invented. Picture Muse with wings disguised as workmen with hard-hats, they sweating as their muscles create an invisible work of art. Now, you can smell their sweat. There is no owner. This work comes straight from the Muses who are no longer here to inspire us so the muse of price tags can complete the deal.

What they could be doing is installing a new way to look at art from another dimension that can lead to a new science because it transcends the limitation of physical ownership, thus, molecular ownership which has bogged down the dream of a transporter device like the one we see in Star Trek. If you order nothing, nothing is sent to – you! This is the NON-ORDERED universe that will put Amazon out of business, because it is bigger than Amazon.

“Thou shall not want” are the words of a deity that could be two places at once, and has transcended death.  We can see Zephyrs in the clouds. This is the new augury. The augur has laid out the lines for the Stellar Mind Temple. Then, there is Dream Time. tales from, a scarred moon.

When the first rain comes, the Springfield Chalk Art, will wash away. Then there is the chalk lines Ophelia draws on the stone wall in Pan’s Labyrinth. There was a maze made at Fashion Moda. My friend Virginia is kin to the King and Queens of Bohemia. Was a template used to mark the plots of creation? Consider the templum and the auspices of Graffiti Art. Most Americans want to go to a better world. We make doors to – there! 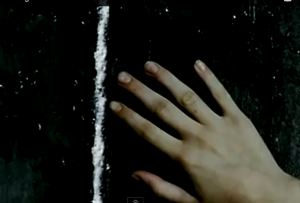 A good example of what Fashion Moda achieved can be seen in Jane Dickson‘s City Maze from 1980, which was a hugely popular exhibition and an important part of the city’s graffiti art history. City Maze consisted of discarded refrigerator boxes that Dickson and Stefan Eins picked up around the South Bronx neighborhood, with which Dickson then constructed a labyrinth-like maze decorated with a painted city skyline. Graffiti writers CRASH and NOC 167, who Dickson met through her husband Charlie Ahearn, spray-painted the maze with stars, swirls and other abstract graffiti designs, transforming the boxes into an approximation of the city.

Documenting the enthusiasm around City Maze, Dickson’s film shows the neighborhood children and teenagers bursting through the gallery doors and running through the maze. Unlike many of the East Village galleries that hosted graffiti, Fashion Moda permitted the South Bronx community almost free reign, allowing the neighborhood kids to write on the City Maze boxes and walls. Uniting uptown, downtown and all graffiti writers in between, the City Maze film reveals a scene of a palpable excitement, a new communication between artistic styles and an accessibility of art that has been nearly forgotten. It is also worth mention that it is also curiously reminiscent of a 2008 show at Factory Fresh titled A Maze.

The augur was a priest and official in the classical world, especially ancient Rome and Etruria. His main role was the practice of augury, interpreting the will of the gods by studying the flight of birds: whether they are flying in groups or alone, what noises they make as they fly, direction of flight and what kind of birds they are. This was known as “taking the auspices.” The ceremony and function of the augur was central to any major undertaking in Roman society—public or private—including matters of war, commerce, and religion. 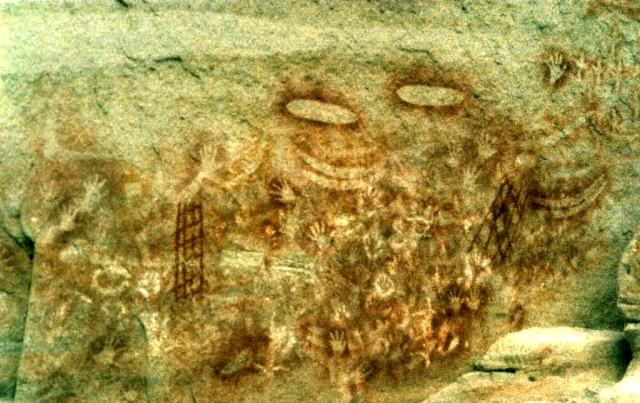 The readymades of Marcel Duchamp are ordinary manufactured objects that the artist selected and modified, as an antidote to what he called “retinal art”.[1] By simply choosing the object (or objects) and repositioning or joining, titling and signing it, the Found object became art.

Duchamp was not interested in what he called retinal art — art that was only visual — and sought other methods of expression. As an antidote to “retinal art” he began creating readymades at a time (1914) when the term was commonly used in the United States to describe manufactured items to distinguish them from handmade goods.

He selected the pieces on the basis of “visual indifference,”[2] and the selections reflect his sense of irony, humor and ambiguity. “…it was always the idea that came first, not the visual example,” he said; “…a form of denying the possibility of defining art.”

The first definition of “readymade” appeared in André Breton and Paul Éluard‘s Dictionnaire abrégé du Surréalisme: “an ordinary object elevated to the dignity of a work of art by the mere choice of an artist.” While published under the name of Marcel Duchamp (or his initials, “MD,” to be precise), André Gervais nevertheless asserts that Breton wrote this particular dictionary entry.[3]

Duchamp limited his yearly output of readymades, making no more than 20 in his lifetime. He felt that he could only avoid the trap of his own taste by limiting output, though he was aware of the contradiction of avoiding taste, yet also selecting an object. Taste, he felt, whether “good” or “bad,” was the “enemy of art.”[citation needed]

His conception of the readymade changed and developed over time. “My intention was to get away from myself, though I knew perfectly well that I was using myself. Call it a little game between ‘I’ and ‘me,'” he said.[4]

Duchamp was unable to define or explain his opinion of readymades: “The curious thing about the readymade is that I’ve never been able to arrive at a definition or explanation that fully satisfies me.”[5] Much later in life Duchamp said, “I’m not at all sure that the concept of the readymade isn’t the most important single idea to come out of my work.”[1]

The place in the heavens within which the observations were to be made was likewise called templum, as it was marked out and separated from the rest by the staff of the augur. When the augur had defined the templum within which he intended to make his observations, he fixed his tent in it (tabernaculum capere), and this tent was likewise called templum, or more accurately, templum minus. To this minus templum we must refer what Servius (ad Aen. IV.200) and Festus (s.v. minora templa) state, that a templum was enclosed with planks, curtains, &c., attached to posts fixed in the ground, and that it had only one door (exitus).

1 Response to Tale of Two Lines