The State of Fremont 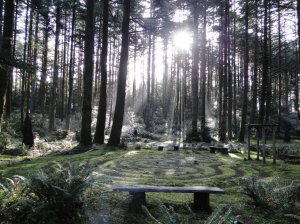 On this day, July 3, 2015, I found the Cyber State of Fremont, the first step in Fremont becoming the 51st. State.

The Republican Party is disintegrating as I predicted. Seven years ago I became a Republican so that my family history could help in the reconstruction of the Grand Party founded by my kindred, John Fremont, who married Jessie Benton, whose father Senator Thomas Hart Benton, was the proprietor of the Oregon Territory. Fremont played a big role in Oregon and California becoming a State. Fremont means ‘Guardian of Liberty’.

What I propose, is the leaders of the State of Jefferson adopt the ideals of John Fremont and the early Republicans, even change the name of their proposed state, to Fremont. Because Jessie and Susan Benton held Salons in Paris and San Francisco, I see the new State of Fremont offering a sanctuary to serious Artists and Writers. I suggest a Creative Homesteading Act that will give land away to creative souls. Port Orford, can be a creative colony for artists and writers.

The Internet will always be free in the State of Fremont. We can build a new Internet without the flaws that allow the original Internet to be hacked. I am going to invite the founders of Wikipedia to make Fremont their home. Indeed, we invite all men and women who are inventors and innovators to become citizens of Cyber Fremont, for the time being, until we can become a State with borders and land.

I also propose the return of free antennae Television, and the city of Fremont California becoming a Sympathetic City. We will establish a Bohemian Colony in Puerto Rico.

For the reason a supporter of the State of Jefferson employs two crossed Confederate flags on his site, I am compelled to put forth this Declaration. John Fremont was the first Presidential candidate for the newly founded Abolitionist Republican Party. John Breckenridge was running as the rival Vice President. Breckenridge was a close kin of Jessie Benton. It is my dream to see the bitterness of the Civil War be put behind us in the State of Fremont, and our new focus on Freedom, be a lighthouse to the Nation and the World. Being good Guardians of Freedom should be our goal. Let our statue of ‘The Guardian of Liberty’ be erected on our shore!

The fact is, the 1941 move for statehood was mostly a publicity stunt. It was crafted over drinks by two guys who seem right out of central casting for a Hollywood movie — a high-rolling, back-slapping business promoter and a hard-drinking, wildly imaginative newspaper man.

The newsman actually won a Pulitzer prize for his part in the affair. His name was Stanton Delaplane; he wrote for the San Francisco Chronicle.

The business promoter was a stocky, dynamic man named Gilbert E. Gable, onetime dinosaur egg hunter, movie maker, NBC radio-show star and (he claimed) Navajo Indian chief. In 1941, he was mayor of the tiny Oregon town of Port Orford and, for a brief and shining moment, governor of the State of Jefferson.

By the early 1930s, Gable had gotten involved in the new world of radio broadcasting with an NBC show called “Highway of Adventure” (sometimes listed as “High Road to Adventure”), in which he recounted spine-tingling moments from the previous dozen years of hunting for dinosaur eggs and exploring unknown landscapes. He also sought and won the hand of Miss Paulina Stearns, daughter of a wealthy Michigan timber family. And then, in 1933, he went to Port Orford — probably to search for the legendary Port Orford Meteorite. It was a historic moment indeed.

“Two years later, to the amazement of its 300 inhabitants, Gilbert Gable appeared at Port Orford, Ore., and formed six companies to promote it as the only natural deep-water harbor on the rugged coast between Puget Sound and the Golden Gate,” reports TIME Magazine in its somewhat supercilious 1938 article. 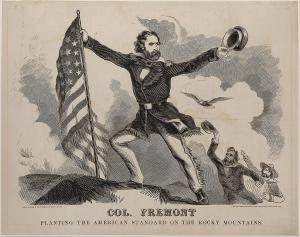 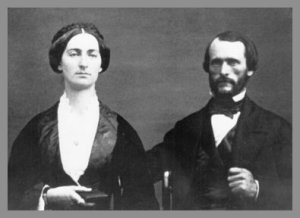 A host of candidates were nominated for the Vice Presidency, but a number of them attempted to withdraw themselves from consideration, among them the eventual nominee, John C. Breckinridge of Kentucky. Breckinridge, besides having been selected as an elector, was also supporting Linn Boyd for the nomination. However, following a draft effort lead by the delegation from Vermont, Breckinridge was nominated on the second ballot.

Frémont first met frontiersman Kit Carson on a Missouri River steamboat in St. Louis during the summer of 1842. Frémont was preparing to lead his first expedition and was looking for a guide to take him to South Pass, in present-day Wyoming. South Pass, discovered by Jedediah Smith, was by that time the most popular way across the continental divide. Carson offered his services, as he had spent much time in the area. The five-month journey, made with 25 men, was a success. He wrote A Report on an Exploration of the Country Lying between the Missouri River and the Rocky Mountains on the Line of the Kansas and Great Platte Rivers, which was printed in newspapers across the country; the public embraced his vision of the west not as a place of danger but wide open and inviting lands to be settled.[17] As Hampton Sides says, “Fremont became an instant celebrity, a champion of expansion, a conqueror wielding not a sword but a compass and a transit.”[17] Henry Wadsworth Longfellow said after the report, “Fremont has touched my imagination. What a wild life, and what a fresh kind of existence! But ah, the discomforts!”[17] The success led to a new expedition planned for the next summer.

Frémont’s successful first expedition led quickly to a second, begun in the summer of 1843. The more ambitious goal this time was to map and describe the second half of the Oregon Trail, from South Pass to the Oregon Country. Due to Carson’s proven skills as a guide, Fremont invited him to join the second expedition. They followed a route north of the Great Salt Lake, down the Snake River to the Columbia River and into Oregon.

Farther west along the Columbia, they came within sight of the Cascade Range peaks and mapped Mount St. Helens and Mount Hood. Rather than continue west through the Columbia River gorge to Fort Vancouver, the party turned south and followed Fall Creek to its headwaters near the present-day northern border of California.

Looping back to the east to stay on the eastern side of the Sierra Nevada mountain range, they turned south again as far as present-day Minden, Nevada. From there, the expedition turned west into the Sierra Nevada, becoming some of the first Americans to see Lake Tahoe. Carson led the party to a new pass through the Sierra, which Frémont named Carson Pass in his honor. Once successfully over the high pass, the party descended the American River valley to Sutter’s Fort (Spanish: Nueva Helvetia) at present-day Sacramento, California.

Polls show millennials are likely to favor gay marriage regardless of their political party.

Sixty-one percent of Republicans between the ages of 18 and 34 back gay marriage, according to a Project Right Side and American Unity Fund poll last month. That’s 4 percentage points higher than the 57 percent support among all voters. The poll has a margin of error of plus or minus 2.19 percentage points.

The city takes its name from George Vancouver‘s original name for nearby Cape Blanco, which he named for George, Earl of Orford, “a much-respected friend.”

Port Orford is the westernmost settlement in the state of Oregon.[6]

There were 603 households of which 11.8% had children under the age of 18 living with them, 35.3% were married couples living together, 8.8% had a female householder with no husband present, 3.2% had a male householder with no wife present, and 52.7% were non-families. 43.4% of all households were made up of individuals and 15.6% had someone living alone who was 65 years of age or older. The average household size was 1.86 and the average family size was 2.47.[2]

On the issue of the Confederate flag, another hot-button topic on which public opinion has rapidly shifted following a massacre in a historically black church in Charleston, South Carolina, Perry again deferred to the states. When asked for his thoughts on whether South Carolina ought to take down a Confederate battle flag flying outside its state capitol, he said it was a question for the state’s residents. He quickly pivoted to discussing efforts to ban the flag from license plates in Texas while he was governor.

Tax Rebellion in the State of Franklin

The State of Jefferson is a proposed U.S. state that would span the contiguous, mostly rural area of southern Oregon and northern California, where several attempts to separate from Oregon and California, respectively, have taken place in order to gain statehood.

This region on the Pacific Coast is the most famous of several that have sought to adopt the name of Thomas Jefferson, the third President of the United States. Thomas Jefferson sent the Lewis and Clark expedition into the Pacific Northwest in 1803, and envisioned the establishment of an independent nation in the western portion of North America which he dubbed the “Republic of the Pacific”,[1] hence the association of his name

The State of Franklin (also the Free Republic of Franklin or the State of Frankland[note 1]) was an unrecognized, autonomous “territory” located in what is today eastern Tennessee. Franklin was created in 1784 from part of the territory west of the Appalachian Mountains that had been offered by North Carolina as a cession to Congress to help pay off debts related to the American War for Independence. It was founded with the intent of becoming the fourteenth state of the new United States.

Franklin’s first capital was Jonesborough. After the summer of 1785, the government of Franklin (which was by then based in Greeneville), ruled as a “parallel government” running alongside (but not harmoniously with) a re-established North Carolina bureaucracy. Franklin was never admitted into the union. The extra-legal state existed for only about four and a half years, ostensibly as a republic, after which North Carolina re-assumed full control of the area.

1 Response to The State of Fremont