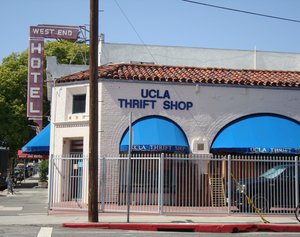 No sooner did the Prescos (minus Captain Vic) move down to West Los Angeles, then my aunt June has crept up on me while I was alone and whispered this warning in my ear.

“Because some bad man will put an ice pick in your ear and molest you.”

“Oh!” I said in complete innocence, it later sinking in that my prudish aunt was speaking of homo rape. Of course you could not keep me away from the Sawtelle, not that I was a latent homosexual at sixteen, but because there had to be some kind of real life going on in Los Angeles desert. I mean, they had movie of the week, where we Prescos watched ‘The High and the Mighty’ seven times, because that was all that was on. Being Oaklanders, we were…