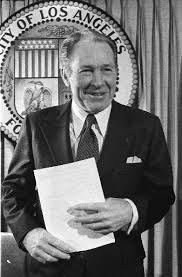 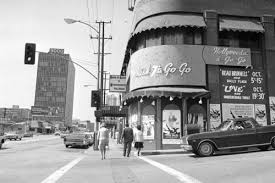 Here I am skateboarding on Easter Sunday. I have a cast on my hand that I broke punching a wall at Kathy’s house after Marilyn told me she slept with a twenty-four year old Jet-Setter from Germany. I was seventeen. Marilyn had just turned my age. Kathy was twenty-four. She was Mayor Yorty’s ex-Girl Friday who he fired because she refused to screw his political opponents and get information out of them. Marilyn was baby-sitting Kathy’s child. Arnold Palmer would come over. I had failed to go down and be saved by Billy Graham, and was forbidden to see Marilyn. Kathy took us to a club in Hollywood. When a gay guy on stage bought drinks for M and Kathy, I walked out. M and her mother would drive around Hollywood in the German’s Thunderbird.

I am on my cousin Rand’s skateboard. He is dressed like a surfer, a Beach Boy. That’s Vicki with her “I deserve it all.” look. She believes she is the only sane child of Vic and Rosemary who used their youngest to undermine her older siblings who had given up on the idea of Presco Family Sanity. Not Vicki. With the help of her alcoholic parents, she worked her sibling, began to put our gifts in her pile. This is how she ended with  the Creative Rosamond Legacy even though she can not draw a simple stick-figure. Our uncle knew Walter and Margaret Keane. Jim Bigalow owned several Keanes, and had them over for dinner.

That’s Marilyn in the bottom photo holding up a bottle of Sea&Ski. She is thirteen and doing some minor modeling. She is very hot. M knows it is a lie that Rosemary forced Christine to draw in a closet. M fell in love with me forever when she saw my Albino Girl with Albino Greyhound with purple background that I did at fifteen. They were from another world.

That’s Jane Mansfield on the stage. M would become good friends with her daughter, Baby Jane. I attended three Billy Graham meetings. I wanted to shoot him because I thought he was dangerous, another Hitler.

M introduced me to Jazz Artist, LesMcCann. Les’s wife was a white torch singer he met in France. We were so out of the box that we would never fit back in. This is why Vicki ‘The Mole’ is grinning ear to ear. She knows her ‘I am the Sane One’ strategy is a winning one. She used it on my seventeen year old daughter after she came into my life.

1 Response to Skateboarding With Broken Hand