For the Love of our Muse 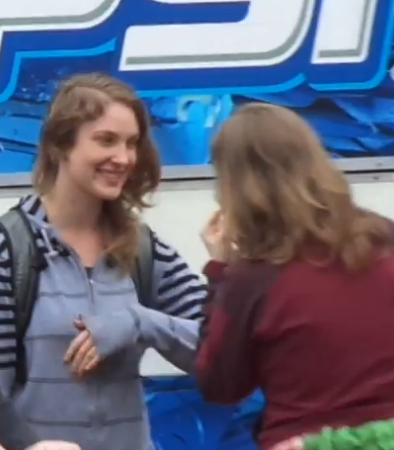 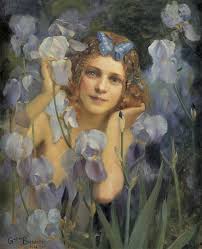 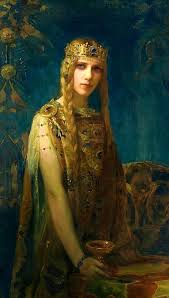 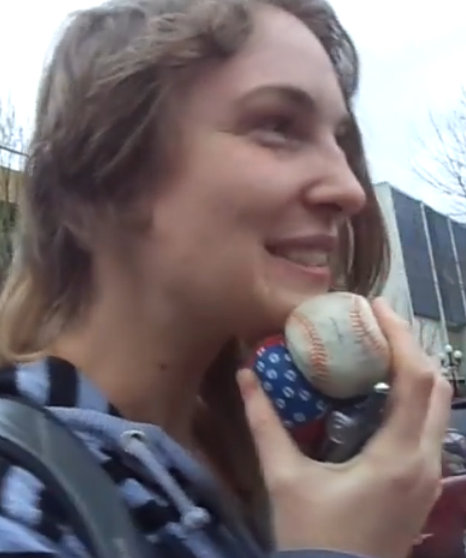 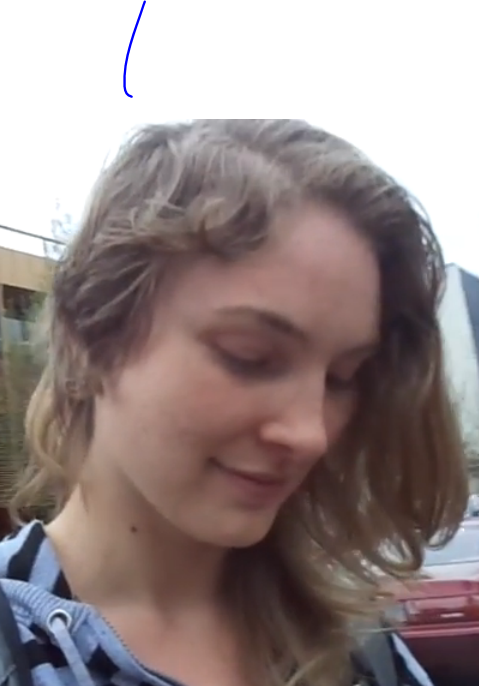 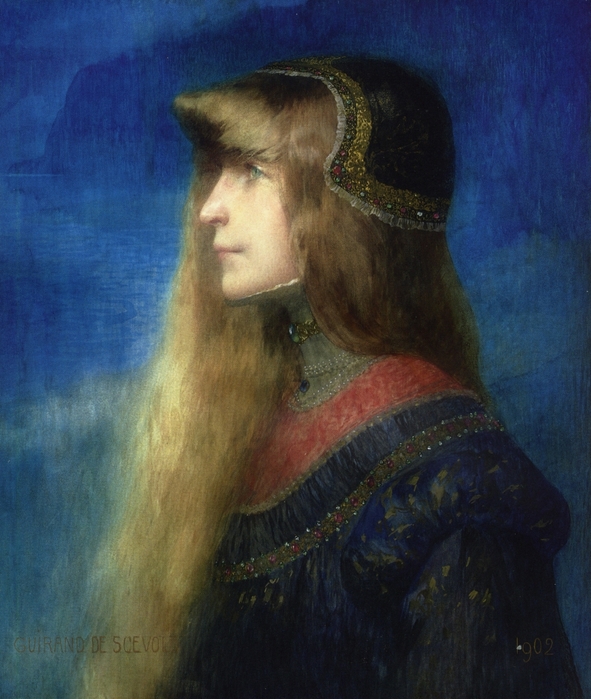 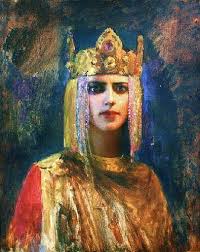 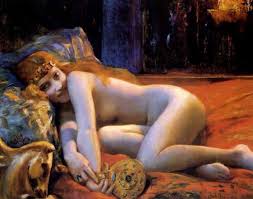 A gentleman on CNN told the world we should go up to our artists and writers, give them a hug, and thank them for their contributions to our culture – that has come under attack by Islamic terrorist. These terrorists stalked unarmed writers and artists before they executed them in name of a prophet. Every western news station is studying how these murders will affect Western Culture, and our Freedom of Speech. In my opinion, this blog will be a great help, for it is my novel ‘The Gideon Computer’ the story of the Last Bohemian, whose dream was to become a world famous artist. There is a Muse in my story. Her name is Monica, and she seemingly betrays her husband. However, she saw a grander design.

Wen I beheld the images of Belle, ten minutes ago, my heart skipped a beat. I have no control over that. It was missing a beat the minute she looked at me from across Ken Kesey Square. When I beheld her profile, I knew she was the one. Nothing drives an artist more mad that the search of ‘The Profile’. I longed to have Belle sit for me, sideways. I still do.

Let me say this to the murderers of my peers, and any other terrorists lurking out there to do their dirty work: The Love of our Muses, will prevail!

Here are the e-mails Belle Burch and I exchanged, that led up to our falling out. I had trouble sleeping when she told me she went bar-hopping in downtown Eugene. I said this to her;

“You better not be misusing monies given to you to help the homeless. If you are, I will oppose you and found my own homeless program.”

The whole world will be asking if Artists and Writers are worth it. Aren’t they degenerates? Why should we got to war because a few scum-bags got slaughtered? For this reason I have been very keen in depicting Artists and Writers as very integral beings, and if they stray, they had better get back on course. Because, the Love between Artist and Muse, is as great of a love, as the love that exist between Prophet and Believer. I should know.

Belle Burch responded to the e-mail I sent her that contained the video I took of Nisha, and they became friends on Facebook. According to Marilyn, Nisha’s mother, Belle made my friend aware of our conflict. This conflict has its roots in the promise by SLEEPS to engage in civic disobedience, if the City of Eugene declares Ken Kesey Square a park. Let me make this perfectly clear to Bell and her compatriots, this is much bigger then you can imagine. What you believe you found in my posts, that prove I am insane, may be the only sanity tis world will find – in short order!

Mohammed declared a Jihad on artists and muses in his lifetime. He did this in order to cleanse his religion of all Greek influences. Helenism was also a threat to the Orthodox Jews – and the first Christians!

I wanted to do a large canvas of Belle as Fair Rosamond. Two days ago I found the image I had in mind.

Yes, those are my hands in the RG. That was the first time I had ever appeared in the news as an activist.

Yes, I got a misdemeanor along with 11 other people for trying to talk to a silent and (cowardly) hiding John RUIZ.

I LOVE Crouching Tiger. It’s one of my favorites. The scene where the two young warrior lovers are in the bath together in the desert is my favorite part I think.

Is Bohemian a language as well as a place? Or are you referring to Romani? Was Romani the language that was spoken in Bohemia?

I’d like to hear more of your personal life story. “When I got sober”, “When I was homeless”, “When I was fighting cancer”……. these are words you drop and then let flit by without much detail or explanation or storytelling. I want those details and stories. Please.

O.K. Belle, the only one that made me chuckle a dozen good times after a date. My mother wanted my name to be spelled JON. A nurse put an H in it and that’s how it appears on my birth certificate. Rosemary was furious and started calling me GREG. My father called me GREGORY, because that is how my middle name is spelled. When I got sober, I recovered JON.

Now to AMBROSE which is also AMBROSIUS. In Bohemian this name is spelled BRASKEWITZ, as I told you. Now I wanted a pen name as a writer JON AMBROSE. In PRESCO there is also a ROSE.

Now, to you, mystery hands with message! Are those your hands in the RG? Did you get arrested confronting JON REUZ, who returned my call just after we met. I just watched the movie Croutching Tiger.

It’s Belle. Still wondering if you’re real. Thank you again for the bike. Let’s set up a time for me to do some modeling. Thurs and Fri are possibilities for me.

By the way, Why “John Ambrose”? Is that your middle name? Nom de plume? Highly synchronistic, as my current partner’s legal first name is Ambrose. I’m very curious about this.

Here’s the poem I said I’d send you.

Haven’t read any of your emails yet, will get to that soon.

We did a dance, and we did a rose.
Then
with radiant face you asked
“Have you ever loved so much
that you could love no more?”

This question can only be answered
by one who loves to dance
And
just when we think we are
completely exhausted
and all love is exhausted
Then?…….And Then!
Comes the Genius of Love!

To the genius of love!

I am confident that future generations who look back will see the actions towards the homeless to be as bigoted and shameful as most view Eugene’s past as it concerns African-Americans. In the meantime, however, those behind the Kesey Square Revival refuse to let the City further exclude the homeless from public spaces without a community-based response. Our belief that public space is for everyone is why we first gathered at Kesey in the first place, and while we have now retreated from that space as a weekly gathering, it is only in order to focus our energies on the larger picture of preserving Kesey Square for use by everyone, any time of day.

We will be fighting and publicly campaigning against the City’s plan to designate Kesey Square as a park. We will not allow the City to slip this through quietly and covertly, as is their intention. We will be researching the legalities behind this move, in an attempt to learn what kind of public input or public control (if any) there is over the process, and how to prevent or appeal such a move. We will be publicizing the issue and raising awareness about the intentions and consequences should the City succeed in their efforts. And we invite anyone who shares our concerns to join us in this fight. And if the city does manage to take Kesey away from the people despite our efforts, we’ll meet you in the streets for a summer of civil disobedience.

My autobiography is titled ‘Capturing Beauty’ as you know. While talking to you it did not occur to me that this is what I had done. This is the end of  my story, the story of a artist who is overwhelmed with beautiful women.

I first noticed Belle because she looks like you when you were young. She has your energy and ambience. She is in front of the Pepsi truck. Belle notices me, feels my eyes on her. She makes her way over to me. This is the other end of you noticing me before I noticed you. I did not even see you when you offered me that life-saver. The first time I saw you, I was fifty feet away. You were across the street. You came out of the drug store. You were wearing your turquoise dress and black leotards. Your hair is up in a French way. Note how Belle tells me her name is a French name. Note the mole on her neck. Note he smile after she sticks out her tongue. Marilyn, this is you. This is a musical. This may be love at first sight. It is on my part. Do I know for sure? It seems she loves me? She looks for a reason to get my number. She wants me to hear her poem. She wants me to paint her…….the movie ends!

I want a rewrite, Belle! If you can take the time to memorize Howl – and then what? – you can tell the world the Sleeping Belle on the concrete in from of city hall where the business man tread on his way to make a $ sign. Everyone that has driven by has wondered what it would be like for them to lie on cold concrete. To know a very beautiful woman lies in a tent – will shock the shit out of us – and we may awaken?

You lie there, reading the make of his shoe, imprinted on your soul. Research shoe BRANDS and use them. Attache cases! Yellow lights are bug-lights that zap the disenfranchised. Tazers! Dawn! Broken promises of a far-off lover! Why is he not by your side? Why are you there! You give a report. Why use “yesterday”? Conspiracry radio gives you -rest? Why cant THE PEOPLE wake up and do the right thing?

The faeries who put people
to sleep for 100 years must live there
in that West Atlantic Vortex.

The legend of Sleeping Beauty whose finger is pierced by flax, that my Rosamond family spun for centuries. Weavers were Europe’s first radicals. They formed guilds and the first democracies. Ghandi and his spinning wheel.

Then there are the BRANDS of gum stuck to the concrete!

asleep in a tent on the concrete
in front of city hall
to the sounds of a quiet radio-
some show about the Bermuda Triangle.
How things, people
disappear there.
Whether or not it exists.
Interviews with people
who believed in it,
interviews with people
who didn’t. Its history.
Amelia Earhart. (Airheart?)
It seemed to go on
for centuries.
There are people out there
who don’t have state IDs, passports,
birth certificates,
social security numbers,
who technically
legally
don’t exist.
The faeries who put people
to sleep for 100 years must live there
in that West Atlantic Vortex.
I got lost in it,
like Rip Van Winkle*,
and woke
to a changed world.
I texted a lover in New Orleans,
‘I’m stuffing almonds into a banana,
around my neck is a red bandana
and I love you.’ It was all true.
I walked through what is known
in Eugene as the Barmuda Triangle,
the magical trine of Luckey’s,
Horsehead and Jameson’s downtown.
If you order food at Jameson’s,
it gets run across the street
from Horsehead.
Luckey’s has the best pool tables,
and a fantastic little Mexican foodcart lovechild
that only accepts cash.
At the Horsehead,
there is a touch screen machine
where you get to choose
what music is being played.
You pay money for this privilege.
If you pay more money,
your songs get played
first.
This is a triangle
you can only get lost in
if you’re a real person.

* bandana around my eyes to keep the
blazing orange streetlights out

1 Response to For the Love of our Muse