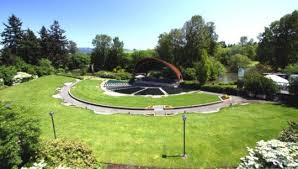 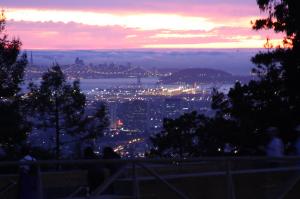 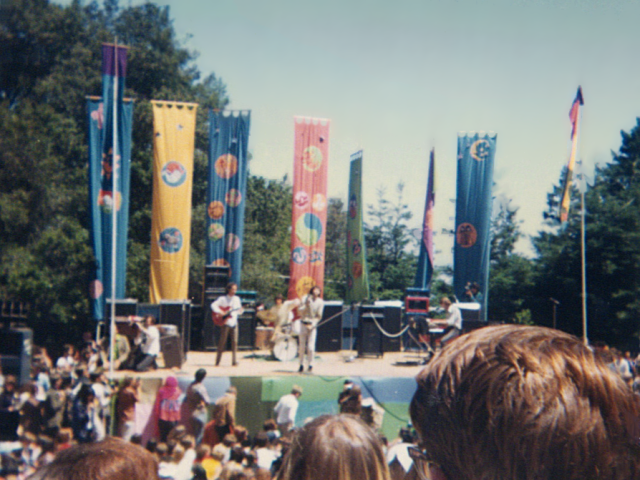 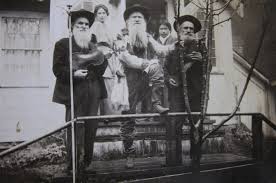 This is a tale of Three Amphitheaters, and, One Magical Mountain.

In June of 1967 I watched the Loading Zone pack their trailer with their sound equipment and head out for Mount Tamalpais to play at a concert in the amphitheater. I lived with this band in a large Victorian in Oakland. They played at the first Acid Test. Historians say this was the first rock festival. I say it was our Woodstock. This is the blue print for everything that came after. Note the hippie trinket booth. I am the first to connect this history to Eugene.

“While the highly documented Monterey International Pop Festival continues to be remembered as the seminal event of the 1967 Summer of Love, the KFRC Festival took place one week before Monterey and is considered to have been America’s – if not the world’s – first rock festival.[

Last year I was shocked to learn the Eugene Celebration was canceled. I came up with an idea in days that included free concerts at the Cuthbert Amphitheater. I had just discovered a pamphlet advertising Joaquin Miller Day. Jaunita Miller was putting on a play about the Pre-Raphaelite Artists who befriended and promoted her father poetry when he met them in England. In my astute opinion this constitutes the Hipster Be-in in the Bay Area. As it turned out the Cuthbert Amphiteater was chosen to host the musical aspects to the Eugene Celebration.

Here is a pic of my friend, Marilyn Reed, with her friend, Jane Marie Mansfield, the daughter of the famous actress. The Star Trek actress, Maggie Trett, took this photo of their trip to the Renaissance Fair that inspired The Fantasy Fair and Magic Mountain Music Festival.  Marilyn made hippie clothes for Maggie and others.

In the summer of 63 I ran into my friend, Bryan McLean of Love, in a music store. He had on long leather boots and a puffed shirt. He told me his friends had hire him to play lute at the new festival they started. We were seventeen.

Yesterday I presented to Mayor Kitty Piercy my idea for the New Eugene Celebration that would be centered around the Cuthbert Amphitheater and the Mill Race that I see as flowing from the Woodminster Amphitheater Cascade. I see O Lake as a reflecting pond. I see a Japanese arch at the end of a pier where is docked a Japanese boat. Up the hill is a Zen Garden and the cottages rescued from Columbia Terrace located in the lost city of Fairmont platted by George Melvin Miller, the brother of Joaquin.

There is a Writer’s Grove planted next to the cascade. I see a similar grove planted near the Cuthbert. Where will sit the two Craftsman housed rescued from Columbia Terrace. Once house will be a Miller Brother’s Museum, and the other a Museum of Bohemian Art and Literature. Ken Kesey lived in one of the barracks that was moved from Fort White. I see a Museum to Peace, with Kesey and Hippie memorabilia. Our Mayor should contact officials I Japan to see if they see these barracks that once housed soldiers destined to go to war with Japan, of historic significance.

The Calm Waters of Peace, Poetry, and Art, flow underground all the way from Oakland California, and surface in a New Arcadia in Eugene. From brother to brother. let there be a New Cultural Unity!”

The KFRC Fantasy Fair and Magic Mountain Music Festival was an event held June 10 and 11th, 1967 at the 4,000 seat Sidney B. Cushing Memorial Amphitheatre high on the south face of Mount Tamalpais in Marin County, California. At least 36,000 people attended the two-day concert and fair that was the first of a series of San Francisco area cultural events known as the Summer of Love.[1] The Fantasy Fair was influenced by the popular Renaissance Pleasure Faire and became a prototype for large scale multi-act outdoor rock music events now known as rock festivals.[2][3] 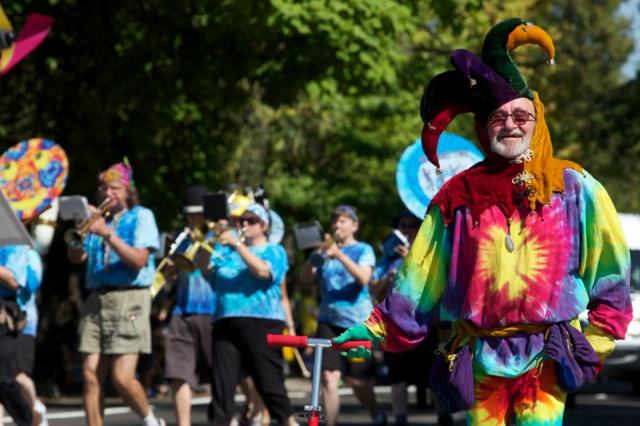 Eugene Celebration has brought attention to community issues and concerns regarding environmental responsibility within the greater context of a weekend festival. Recurring features at the celebration include the “Community Causeway” where nonprofit, charitable and advocacy organizations promote their services and, as of 2007, the “Sustainability Village” where Celebration participants can learn about sustainable lifestyle choices. A related event, the coronation of the SLUG Queen, occurs prior to the event.

In 2014, the event’s management company, Kesey Enterprises, initially released a statement in June cancelling the August Celebration, citing new construction and growth in Eugene’s revitalized downtown that reduced the space needed for entertainment and food venues.[2] Kesey Enterprises later agreed to partner with the City of Eugene to host a $5 concert at the Cuthbert Amphitheater during the weekend. A free alternative “Festival of Eugene” at Skinner Butte Park was organized by Krysta Albert, who persisted despite a saga of funding and location uncertainties lasting as late as two weeks before the event.[3] The Festival included “health and wellness vendors, nonprofit groups, food booths, live music and poetry readings.”[4] The Eugene Celebration Parade featured Lane Community College as the grand marshal, and included 70 groups of “school bands and dance troupes, the 2014 Slug Queen and his entourage, the fencers, roller derby skaters and belly dancers, and the primarily liberal politicians and political causes.”[5]

Admission to the festival was $2.00 and all proceeds were donated to the nearby Hunters Point Child Care Center in San Francisco. The Fantasy Fair was originally scheduled for June 3 and 4 as a benefit for the center, but was delayed one week by inclement weather. Several acts booked for the original dates were unable to perform.[4]

KFRC 610, the RKO Bill Drake “Boss Radio” Top 40 AM station in San Francisco, had significant influence in the music industry among both counter-culture and commercial acts. This enabled festival organizer Tom Rounds, KFRC’s program director, to present a colorful and eclectic line-up of popular musicians from both in and outside the region. Canned Heat, Dionne Warwick, Every Mother’s Son, The Merry-Go-Round, The Mojo Men, The Seeds, Blues Magoos, Country Joe and the Fish, Captain Beefheart, The Byrds with Hugh Masekela on trumpet, Tim Hardin, The Sparrow, The Grass Roots, The Loading Zone, The 5th Dimension and Jefferson Airplane were among the performers who appeared.[4] The Fantasy Fair was also The Doors‘ first large show and happened during the rise of the group’s first major hit, “Light My Fire“, to the top of the charts.[5]

Among posters created for the event was one designed by artist Stanley Mouse, then gaining acclaim for poster-art created for Bill Graham, the Fillmore Auditorium and Grateful Dead.

After enjoying a scenic ride up the mountain from embarkation points at the Marin County Civic Center, Mill Valley and other locations, a giant Buddha balloon greeted attendees when they arrived at the amphitheater. Transportation was provided by the tongue-in-cheek-named “Trans-Love Bus Lines”, a variation of the line “Fly Trans Love Airways, get you there on time” from the lyrics to Donovan‘s song “Fat Angel”. Performances were on a main stage and a smaller second stage. Various art-fair type vendors sold posters, crafts and refreshments from booths scattered in the woods around the amphitheater. The festival included a large geodesic dome of pipes and fittings covered with white plastic that contained a light and sound show.

The Magic Mountain Music Festival was favorably reviewed for safety in contemporary press accounts. Fights or disturbances were not an issue, and at the end of the day, trash was placed in or next to the garbage cans provided, and the crowd left the Mount Tamalpais as they found it.[6] In a foreshadowing of dark events to come at the 1969 Altamont Free Concert, this festival was rumored to be the first to employ Hells Angels motorcycle club members as security guards. Although Jefferson Airplane asked Hells Angels members to escort them from San Francisco to the venue, which they did without incident, the Hells Angels did not actually provide security for the event.

To some commentators, the festival represented a sea change in musical preferences among young Bay Area radio listeners as the hippie culture fully arose in mid-1967. Alec Palao and Jud Cost chronicled the San Francisco mid-sixties era music scene in 1991 in their magazine Cream Puff War #1. Writing about the weeks surrounding the Fantasy Fair, Cost noted that “the dichotomy in Bay Area music was never so evident, as the self-proclaimed “adult” scene separated itself from the “teen/pop” scenes.”[7] Scram Magazine juxtaposed that view with pioneer rock magazine editor Greg Shaw’s recollection that the rift between the tastes of teens and adults didn’t form until later, after the freeform radio style then being established by Tom Donahue fully emerged in the fall of 1967.[8] A review of the bands that played indicates that most were groups that played the Fillmore and Avalon ballrooms and were part of the psychedelic rock scene at the time.

While the highly documented Monterey International Pop Festival continues to be remembered as the seminal event of the 1967 Summer of Love, the KFRC Festival took place one week before Monterey and is considered to have been America’s – if not the world’s – first rock festival.[2][6][9][10][11][12][13]

1 Response to Come To Magic Mountain