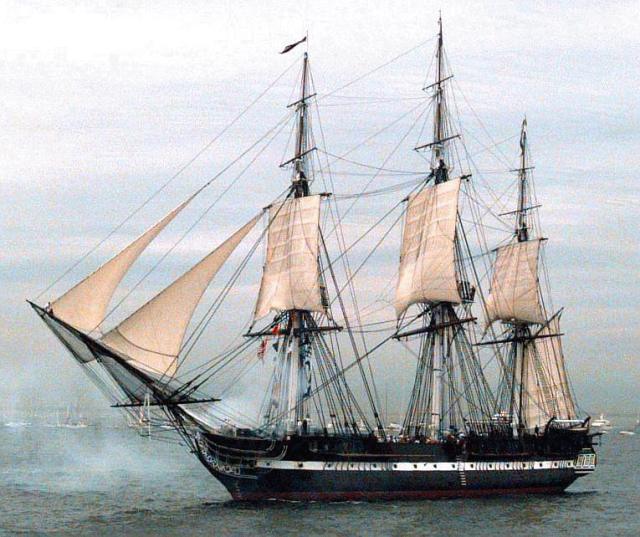 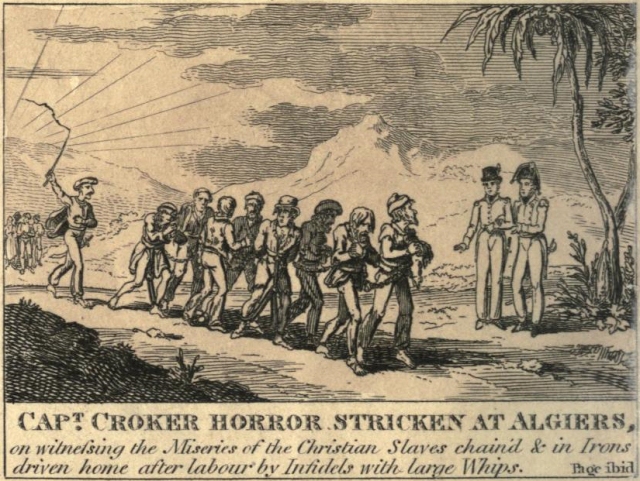 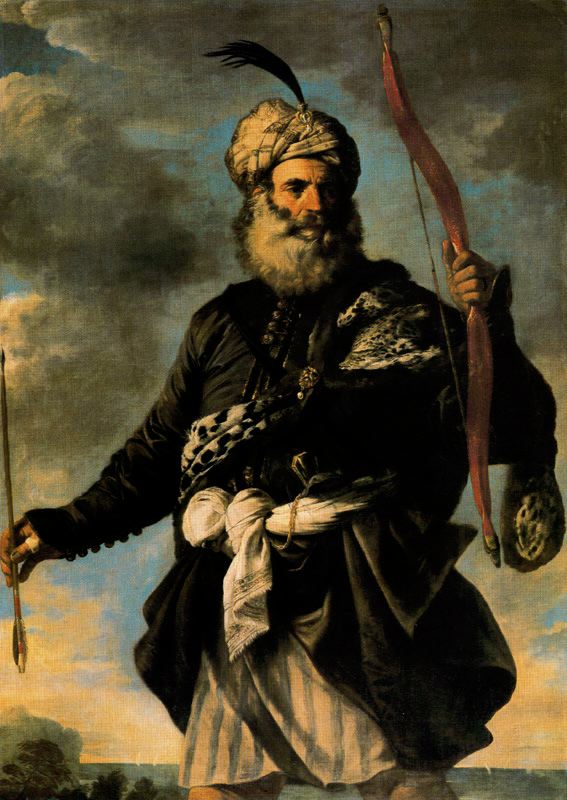 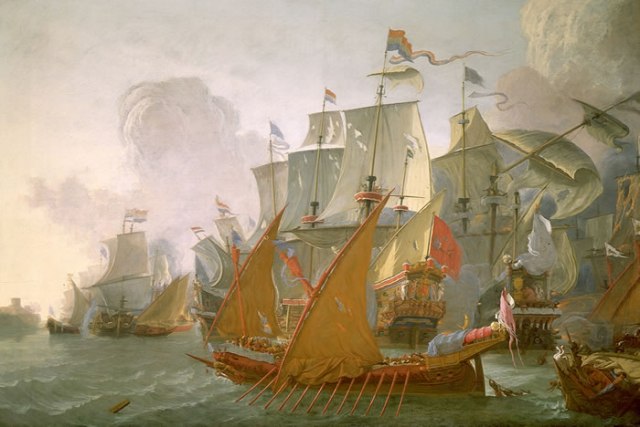 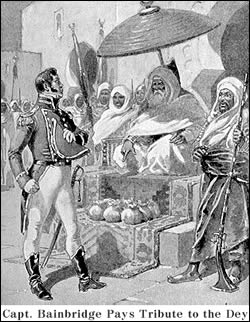 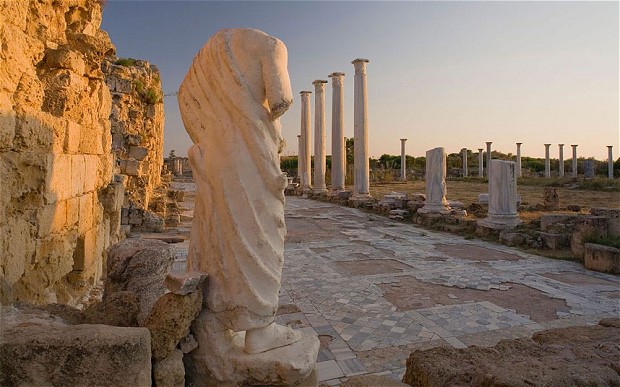 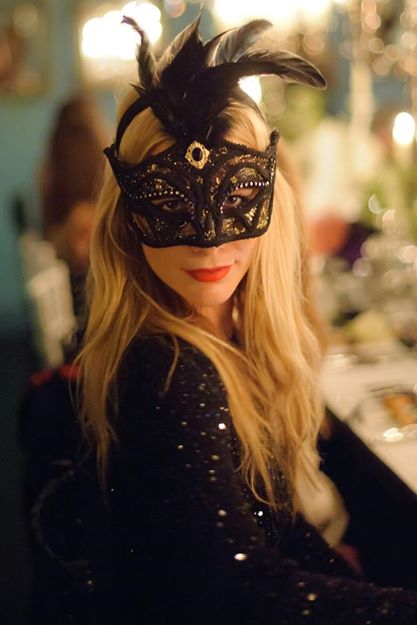 For a week now ‘The Masked Rose of Paris’ has been attacking Turkey and the old Ottoman Empire for seizing Cypress.

Today I took the time to see what she was upset about. As it turns out, fate has taken a seat at this table of high-stakes energy piracy.  And, who is in the middle of it, Nobel Oil, and my arch enemy, Lawrence Chazen, a CEO of Noble, and ex-partner of the late sister, Rosamond, who I just introduced to the Rose because I want to do a drawing of her and bring her into the creative family fold.

Our great, great, grandfather, Isaac Hull was the Captain of the U.S. Constitution that was built to battle the Cossaire Pirates of the Barbary Coast  who took a million Europeans as their slaves. I have wondered why some Kurds have blue eyes. What became of the children of these women that were used as sex slaves? European slaves must have fathered children.

Muslim men have a problem with adultery. They are so afraid their wives will cheat on them, that they make them their prisoners. Then they kidnap the women of other men and make them their sex-slaves lest they commit adultery.  In the Koran one can have sex with your slave.

In the war against the ISISlavers, one must not recognize national borders. We the people of the world must draw a line in the sand that separates them from all the women of the world. It is not a matter of white slaves, or black slaves when it comes to this World War of Liberation that frees womankind first! Let Old Ironsides fire the first volley in this battle!

“The USS Constitution, a 44-gun U.S. Navy frigate built to fight Barbary pirates off the coast of Tripoli, is launched in Boston Harbor. The vessel performed commendably during the Barbary conflicts, and in 1805 a peace treaty with Tripoli was signed on the Constitution‘s deck.Though Turkey has threatened to block extraction of natural gas offshore Cyprus, the Greek Cypriot government has vowed to move forward with exploration and drilling.”

Yet the bonanza could equally inflame conflict. Turkey has claimed the blocs to the south of Cyprus as far as Egyptian waters. “If poorly managed, Cypriot gas could harden political divisions. Ankara does not recognise the government in Nicosia and has threatened military force if Cyprus allows drilling in the disputed maritime zone,” said Rem Korteweg, an energy expert at the Centre for European Reform.

The US has begun to intervene, pushing the two sides to renew peace talks. The Greek and Turkish Cypriots have signed a document laying out general principles.

Cypriot Foreign Minister Ioannis Kasoulides said that while the two countries were nowhere near an agreement, he was hopeful that progress would be made, and in the meantime, drilling would continue. “Groups like Noble Energy, ENI and Total would not be investing billions in exploration here if they really thought Turkey was going to stop them,” the foreign minister said.

Turkey is opposed to Cyprus exporting oil and gas – saying the energy wealth also belongs to Turkish Cypriots — and been accused of “gunship diplomacy” by the Greek Cypriots. Turkey lays claim to the hydrocarbon blocks to the south of Cyprus and extending to the border of Egyptian waters.

The ongoing issue was resurfaced in international media earlier this month when a Norwegian ship exploring in Cypriot waters was intercepted by a Turkish warship and forced to retreat.

Cypriot officials believe that there may be as much as 60 trillion cubic feet (Tcf) of natural gas in Cypriot waters.

A second axis is the strategic relations cultivated between Greece, Cyprus and Israel, as evidenced by Israeli Foreign Minister Avigdor Lieberman’s upcoming visit to Nicosia next week and Prime Minister Benjamin Netanyahu following in late November.

A third axis concerns the deepening of cooperation with major powers, which involves providing support in various forms. In a letter sent to Cyprus President Nicos Anastasiades on Wednesday, French President Francois Hollande stressed that “the position of France with regard to the right of Cyprus to exploit freely the natural resources within its Exclusive Economic Zone is clear and firm,” adding that “international law, and specifically the Law of the Sea, must be respected by all states including Turkey.”

Finally, there is the energy dimension. Amid Turkey’s provocations in Cyprus’s EEZ – where several Western firms, including US company Noble Energy, are currently operating – Greek Energy Minister Yiannis Maniatis is set to visit the US for talks with his American counterpart Ernest Moniz and Under Secretary for Economic Growth, Energy, and the Environment Catherine Novelli. Maniatis will also meet with representatives of American energy giants and give a speech at the Center for Strategic and International Studies (CSIS), a prominent American think tank based in Washington DC, as well as Columbia University in New York, regarding energy developments in the Eastern Mediterranean. The Greek minister is expected to analyze the role of Greece and Cyprus in boosting Europe’s energy security, which is also a key strategic objective for Washington.

By invoking international law, being on military alert, strengthening strategic alliances with regional players, and harmonizing with the geostrategic interests of the US and EU (as well as the economic interests of large international companies) in the region, Athens and Nicosia are taking cautious and systematic steps during a difficult period hoping to find more substantial backing among their allies and partners.

The Barbary pirates, sometimes called Barbary corsairs or Ottoman corsairs, were pirates and privateers who operated from North Africa, based primarily in the ports of Salé, Algiers, Tunis, and Tripoli. This area was known in Europe as the Barbary Coast, a term derived from the name of its Berber inhabitants. Their predation extended throughout the Mediterranean, south along West Africa‘s Atlantic seaboard and even South America,[1] and into the North Atlantic as far north as Iceland, but they primarily operated in the western Mediterranean. In addition to seizing ships, they engaged in Razzias, raids on European coastal towns and villages, mainly in Italy, France, Spain, and Portugal, but also in the British Isles, the Netherlands and as far away as Iceland. The main purpose of their attacks was to capture Christian slaves for the Ottoman slave trade as well as the general Muslim market in North Africa and the Middle East.[2]

While such raids had occurred since soon after the Muslim conquest of the region, the terms Barbary pirates and Barbary corsairs are normally applied to the raiders active from the 16th century onwards, when the frequency and range of the slavers’ attacks increased and Algiers, Tunis and Tripoli came under the sovereignty of the Ottoman Empire, either as directly administered provinces or as autonomous dependencies known as the Barbary States. Similar raids were undertaken from Salé and other ports in Morocco.

Göke (1495) was the flagship of Kemal Reis at the Battle of Zonchio.

Corsairs captured thousands of ships, and long stretches of coast in Spain and Italy were almost completely abandoned by their inhabitants, discouraging settlement until the 19th century. From the 16th to 19th century, corsairs captured an estimated 800,000 to 1.25 million people as slaves.[2] Some corsairs were European outcasts and converts such as John Ward and Zymen Danseker.[3] Hayreddin Barbarossa and Oruç Reis, the Barbarossa brothers, who took control of Algiers on behalf of the Ottomans in the early 16th century, were also famous corsairs. The European pirates brought advanced sailing and shipbuilding techniques to the Barbary Coast around 1600, which enabled the corsairs to extend their activities into the Atlantic Ocean,[3] and the impact of Barbary raids peaked in the early to mid-17th century.

Until the American Declaration of Independence in 1776, British treaties with the North African states protected American ships from the Barbary corsairs. Morocco, which in 1777 was the first independent nation to publicly recognize the United States, became in 1784 the first Barbary power to seize an American vessel after independence. The Barbary threat led directly to the creation of the United States Navy in March 1794. While the United States managed to secure peace treaties, these obliged it to pay tribute for protection from attack. Payments in ransom and tribute to the Barbary states amounted to 20% of United States government annual expenditures in 1800.[21] The First Barbary War in 1801 and the Second Barbary War in 1815 led to more favorable peace terms ending the payment of tribute. However, Algiers broke the 1805 peace treaty after only two years, and subsequently refused to implement the 1815 treaty until compelled to do so by Britain in 1816.

When troubles with the Barbary states heated up in 1802, he went to the Mediterranean as First Lieutenant of the frigate Adams. Hull later commanded the schooner Enterprise and the brig Argus, receiving promotion to the rank of Master Commandant in 1804 and to Captain in 1806. During the next few years, he supervised the construction of gunboats and, in 1809 and 1810, was successively given command of the frigates, Chesapeake, President and Constitution.