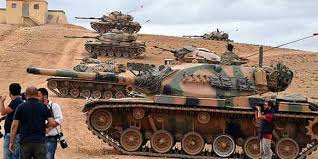 Erdogan is required to cross into Syria with his tanks and arrest members of ISIS for war crimes and hideous atrocities. Kurdish fighters found a phone with images of monsters cutting off the head of a small child. Turkey helped create these demons, and must take drastic steps to destroy them. For Erdogan to do nothing to help the Kurds who killed the serial-killer who took these photos, but drop bombs on their compatriots, makes Erdogan a war criminal.  If he does not take action in the next twelve hours, he should be arrested for war crimes. Let the World Court issue a warrant for his arrest.

Thanks to the President of the United States and the coalition he put together, and leads, these evil self-righteous murderers for Allah are being blown to hell! Where is the outcry from the Christian-right who promote Armageddon? Surely they have some responsibility. Why don’t they get off President Obama’s case, and condemn Erdogan in a letter?

One source, Ali, who obtained the picture from YPG soldiers, told The Mail on Sunday: ‘The people of Kobane are desperate for the world to see with their own eyes the atrocities inflicted by these filth.

Each time I look at this picture it makes me weep.

‘You can see how frightened she is. I can almost hear her scream.

What kind of depraved monsters are they? What pleasure can killing this child bring anyone?’

Soldiers said Melek, a woman and an older child – thought to be her mother and sister – were witnessed being dragged out of hiding by IS around the time of an air strike.

‘Some have a flicker of hope in their hearts that they might have escaped,’ added Ali.