Muse of the Love Dance 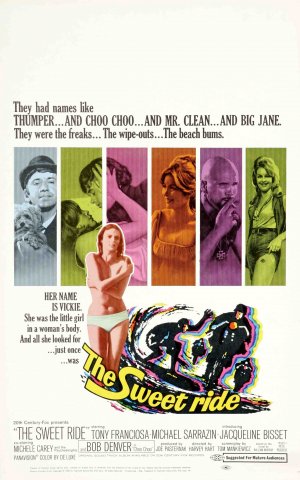 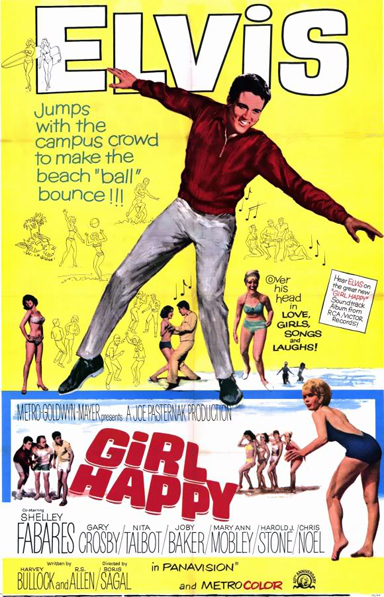 The Bollywood super star, Prihanka Chopra, is trying to become a super star in the West. She did a song with Hip-Hop star, Pitbull, titled ‘Exotic’. A year ago I sent an e-mail to my old friend, Jeff Pasternak, suggesting he produce a musical combining Bollywood dancing with the music of Love. Jeff and I went to University High School with Bryan McLean of Love, who became my good friend. Jeff was in love with my first girl friend, Marilyn Godfrey, and took her to Paris on a ship after we broke up.

Jeff tried to get the Doors in his father’s movie ‘The Sweet Ride’, but, he chose Moby Grape. Jospeh Pasternak made ‘Girl Happy’ starring Elvis Presley, who were a big influence on the Beatles. Joe exploited the hippie culture, and was the forerunner of Bollywood, that could have influenced these exotic musicals. That Moby Grape did a Mantra-Rock Dance-a-musical concert, that included Bhaktivedanta Swami, is profound, for indeed, this Jewish Movie Producer is the originator of Bollywood-Hollywood Musicals.

With the discovery that Love practiced in the warehouse of Vito Paulekas, whose good friend, Carl Franzoni, put together a troop of crazy freak-out dancers that toured the world, puts Love at the Genesis of a dance art-rock form that overcame the world. From Hollywood to Bollywood, and back again.

Hip-hop is not the right vehicle for Chopra. The Babyboomers would flock to a musical that reborn their music and their dance – as well as young people who are dying to get up and dance. The script for this Dance Review wrote itself. I am going to author a script and see if I can’t get it to Paliyanka Chopra. Jeff looks like Pitbull – the dueling swamis? Jeff, Marilyn, and I were into Yogananda. Jeff to me to his temple in Eugene where we sang songs.

Above is my Muse, Rena Christiansen, who became a choreographer. I imparted lessons to her on the Indian religion when we were lovers in 1970. She will be the Dancing Muse of the Love Goddess. The scene with Chopra coming out of the water is like my scene of Rena coming out of the water. Hey, do you think Bollywood has googled me?

In my novel ‘Capturing Beauty’ I tell the story how I got into football after hearing the roar coming from Cornhusker’s stadium. Chopra did a NFL video of her Invasion of America that these Old Hippie Seer saw coming!

“They asked me to pick a good amount of people to go with them [on tour] and we became the Byrds’ dancers. The tour was really something! The first place we went was Denver. We went into Minnesota, Youngstown, Ohio, Dayton, Ohio, stuff like that, I mean it was something to see, the way we danced! The kids were dancing in those lines at the time, line dancing, and we came in there and we broke up all that stuff … I got punched a couple times because they didn’t like our style of dance! But after that the whole United States went into that style. We were trained dancers. Vito had studied with some really fine dance teachers in Hollywood. We had a formal place we went to, and the people who were right after us were Toni Basil and David Winters. They were the shit, big time dancers, and they would sit and watch us, and take what we were doing, and add it into their stuff.”

What was the atmosphere like on the bus as you toured around the country?
“Well, I brought some women, some good looking women that they could relate to. But they didn’t really have to worry about that, girls were knocking on their doors as soon as they got in the hotel rooms! But it was pleasant for them to have a couple of the dancers there — they could talk to them and stuff like that. For the most part the women were really good dancers. I had to pick the best I could find. There was a guy who came with us — they didn’t want any men — they really didn’t want any guys. But I convinced them that this guy Bob Roberts should come. Bob Roberts became a saxophonist with Frank Zappa and Reuben and the Jets, and then he became a big-time tattooist in Hollywood. I was the freak, because I had my own kind of uniform: tights and boots and crazy looking shirts.”

It’s a pretty unique situation where a band would take a whole bunch of dancers on the road with them like that.
“Yeah! That was the only one that ever did it for me! I went with Frank Zappa, but I went solo. He couldn’t afford it. They [The Byrds] were ready to take us to England to show the English how to dance. We had a small nucleus of dancers and could have taken them to London and then those fucking Beatles wouldn’t have been so uppity. I decided not to go. Derek [Taylor, Byrds publicist] wanted us to come to this high school gym and he was having people come and take photos and I just walked out of it. That’s why they fired me.

Shortly after that evening Joe Pasternak approached Jeff, asking, “What rock and roll band would you recommend for my new movie, The Sweet Ride?” Jeff immediately told him about The Doors, whom Jeff had been following to about every gig they had around L.A. By then, Jeff says, “Their music and energy had saturated every part of my being.”

The San Francisco rock and roll band Moby Grape contributed to the soundtrack, and appeared, credited, in the film, performing the song “Never Again” in a Sunset Strip nightclub called the Tarantula.

One of Moby Grape’s earliest major onstage performances was the Mantra-Rock Dance—a musical event held on January 29, 1967 at the Avalon Ballroom by the San Francisco Hare Krishna temple. At the event Moby Grape performed along with the Hare Krishna founder Bhaktivedanta Swami, Allen Ginsberg, Grateful Dead, and Big Brother and the Holding Company with Janis Joplin, donating proceeds to the temple

By about 1963, Vito, Szou, and their friend Carl Franzoni (b. 1934 in Cincinnati, Ohio), also known at the time as “Captain Fuck”, had begun going to clubs with a growing group of self-styled “freaks”, who reputedly “lived a semi-communal life and engaged in sex orgies and free-form dancing whenever they could”. According to writer Johnny Rogan, Paulekas’ “free thinking lifestyle and artistic passion inspired beatniks, aspiring existentialists and Valley girls in need of rebellion.” In 1964, Paulekas offered rehearsal space to the Byrds, and the following year the troupe of free-form dancers, with Paulekas and Franzoni, accompanied the group on their nationwide tour. Later, Arthur Lee and Love also used his premises for rehearsals.[1][2][3][4]

In some clubs, Paulekas and the dancers became as big an attraction as the onstage entertainment. The troupe – including several of the young women later to become known as The GTOs, and members of the Fraternity of Man – occupied the Log Cabin in Laurel Canyon formerly occupied by Tom Mix and later by Frank Zappa. Credited as “Vito and the Hands”, Paulekas recorded a single, “Where It’s At,” which featured some of the Mothers of Invention, with producer Kim Fowley in 1966. He has been credited with first using the terms “freak” and “freak-out” to describe the scene, and with Franzoni and other members of the troupe contributed to the first album by Zappa and the Mothers, Freak Out!. He appeared in several documentaries of the period, including Mondo Hollywood (1967) and You Are What You Eat (1968).[2][3][4][5]
After Richard Nixon’s election as US President in 1968, he moved to Haiti and later Jamaica, before returning to settle in Cotati, California.[4] There, he and Franzoni established the Freestore street theatre and performance group, and built a bandstand for the town as well as contributing sculptures.[6][7]
He and Szou divorced in the mid-1970s. They had four children, at least one of whom, Godo, died as a child. Paulekas died in Cotati in 1992, aged 79.
So, when they brought that kind of music in to Minnesota, Iowa, places like that, those kids were just, ‘Wow, where did you come from?’ They could have started their own church with that kind of music they were playing. That 12 string guitar really worked good.”

What other songs were favorites to dance to?

“‘Hey Joe.’ We would just yell and scream when David was doing that. He would raise the temperature on that dance floor with that one.”

1 Response to Muse of the Love Dance