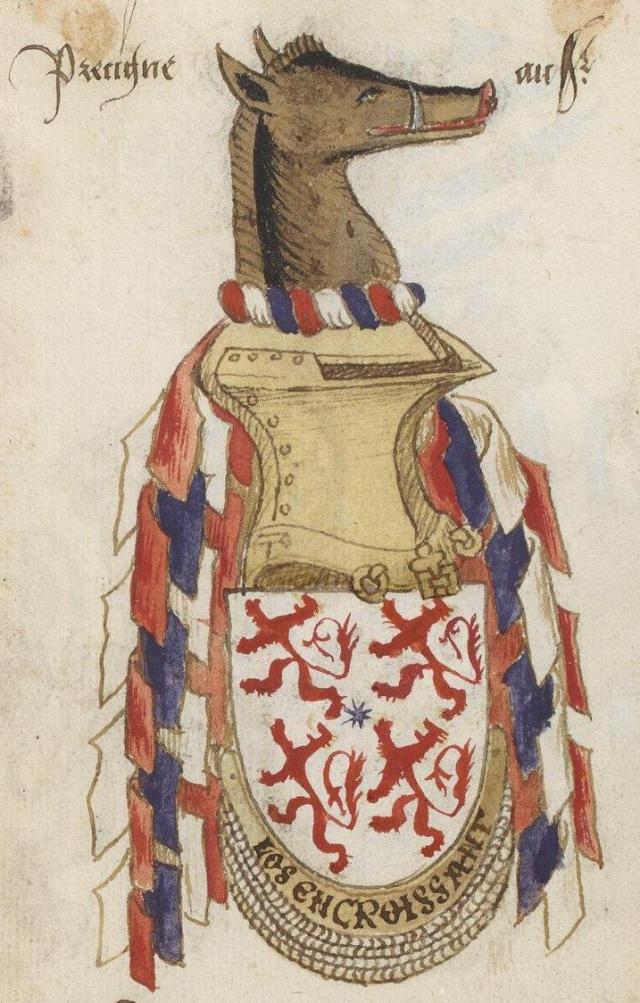 Prince Marc de Beauvau – Craon, who undertook to reconstruct the area from 1827, bought the Pavilion and lent it or rented it. In 1855, Alexandre Dumas, fils praised it and wrote the case Clemenceau. The Pavilion housed then the baron Stanley friend of the prince of Beauvau, in 1870, the Duke of Guiche in 1875 and then comte Horace de Choiseul – Praslin in 1876, the last two being respectively the son-in-law and brother-in-law of prince Marc de Beauvau – Craon, then owner of the Castle. From this period date the “flag of Choiseul” name given to the flag.

Charles-Just de Beauvau – Craon served the First Empire as officer of carabiniers, and attended most of the campaigns of Napoleon Ier. It was the retreat of Russia where he distinguished himself. Seriously wounded in the battle of Woronowo, he was forced to leave the service and spent the greater part of his life away from politics.

Charles de Beauvau-Craon acquired in 1827 of the Castle of Sainte-seat. His wealth enabled him to undertake the reconstruction of the area, fragmented under the French Revolution.

It was only on 20 January 1852 that a Decree of prince Louis-Napoléon Bonaparte appointed him Senator. He always voted in the Senate in the direction of the imperial government, including for the adoption of the Act of sûreté Générale (1858) and served until his death in 1864.

Family and descendants[change the code]