The Angel of the Silver Chord 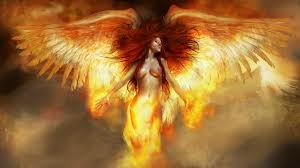 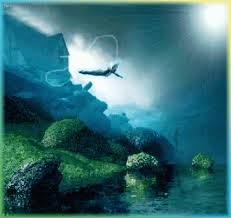 James Taylor, who was with me when I died, indeed, he saw me die (and saw me come back to life) would put books by my bed in the attic. They were books on the Indian Religion and the Silver Chord. This was such a loving thing to do. James looked like a doctor from 1918. He drove a Pierce Arrow.

Robert would come by now and then and lie next to me and meditate. Other people on a spiritual path would do this in the coming years. A woman came into the attic and said;

“There’s a gold aura around that man.”

I gasped when I beheld Rena’s face. Later, I asked her what it was like to wake each morning, go to the mirror……”and behold your beauty?”

Rena’s beauty was a living description of the incredible beauty I saw when I died.It is hard to describe. Rena was that description. It was her photo I carried into Cosmic Battle, and, into the Gates of Heaven. There is a order to the construction of this place. Artists strive to capture heaven. You just can’t put angel wings on beautiful people and think you have succeeded.

When I was on my back, I began to writhe in circles. The pain from the gash in my hand was amplified by the LSD. I could see my white bone. This told me something was terribly wrong. Why am I not in a hospital. Oh, right, we are on an illegal drug, the care is almost a mile away, and no one can walk, yet.

I cried out in agony and began to twist in circles. All of a sudden, Kith’s face appeared at the end of this tunnel. Why am I in a tunnel?

“Use your mind!” my friend said to me, as if this would help, he believing I am having a common LSD freak-out.”

“What do you think I’m trying to do?” I answered, more the perturbed.

Then I saw her, up in the sky, hovering over me.

From this tunnel I beheld beautiful lone cloud that was a beautiful pink from the setting sun. This cloud had wings, waiting to catch me when my silver chord snapped. To see the line of that kite with camera come up from the beach I died on is so……………?

I might have been seeing my own spirit hovering over me as I had left my body. That I saw her as a beautiful female is interesting, for we are in love with our astral body that is made in the image of God who is neither male of female.

At this stage, the vital organs have failed and the shock can no longer be reversed. Brain damage and cell death are occurring, and death will occur imminently. One of the primary reasons that shock is irreversible at this point is that much cellular ATP has been degraded into adenosine in the absence of oxygen as an electron receptor in the mitochondrial matrix. Adenosine easily perfuses out of cellular membranes into extracellular fluid, furthering capillary vasodilation, and then is transformed into uric acid. Because cells can only produce adenosine at a rate of about 2% of the cell’s total need per hour, even restoring oxygen is futile at this point because there is no adenosine to phosphorylate into ATP.[3]

The silver cord in metaphysical studies and literature, also known as the sutratma or life thread of the antahkarana, refers to a life-giving linkage from the higher self (atma) down to the physical body. It also refers to an extended synthesis of this thread and a second (the consciousness thread, passing from the soul to the physical body) that connects the physical body to the etheric body, onwards to the astral body and finally to the mental body.[1]
In other research, it is described as a strong, silver-colored, elastic cord which joins a person’s physical body to its astral body (a manifestation of the physical body that is less distinct).[2]
Alfred Ballabene,[3] an astral projector whose works are mostly published and accessed online, observed that during his out-of-body experiences “glue-like strings” appear as the astral body tries to separate itself from the physical body. As the astral body moves further away from the tangible body, some of the strings break apart and clump into a specific and smaller region – preferably the head, breast, back, stomach, and the abdomen area – thus forming the silver cord.
Some prophets and soothsayers in ancient times also claimed to have seen the silver cord during their out-of-body experiences[4]

An out-of-body experience (OBE or sometimes OOBE) is an experience that typically involves a sensation of floating outside one’s body and, in some cases, perceiving one’s physical body from a place outside one’s body (autoscopy).
The term out-of-body experience was introduced in 1943 by George N. M. Tyrrell in his book Apparitions,[1] and was adopted by researchers such as Celia Green[2] and Robert Monroe[3] as an alternative to belief-centric labels such as “astral projection”, “soul travel”, or “spirit walking”. The researcher Waldo Vieira described the phenomenon as a projection of consciousness.[4][5] OBEs can be induced by brain traumas, sensory deprivation, near-death experiences, dissociative and psychedelic drugs, dehydration, sleep, and electrical stimulation of the brain,[6] among others. It can also be deliberately induced by some.[7]
Science considers the OBE a type of hallucination that can be caused by various psychological and neurological factors.[8][9][10] Some parapsychologists and occult writers treat OBEs as evidence that a soul, spirit or subtle body can detach itself from the body and visit distant locations.[11][12]
One in ten people has an OBE once, or more commonly, several times[13] in his or her life,[14] but scientists still know little about the phenomenon.[15]

During/near sleep[edit source | edit]
Main article: Sleep paralysis
Those experiencing OBEs sometimes report (among other types of immediate and spontaneous experience) a preceding and initiating lucid-dream state. In many cases, people who claim to have had an OBE report being on the verge of sleep, or being already asleep shortly before the experience. A large percentage of these cases refer to situations where the sleep was not particularly deep (due to illness, noises in other rooms, emotional stress, exhaustion from overworking, frequent re-awakening, etc.). In most of these cases the subjects then feel themselves awake; about half of them noted a feeling of sleep paralysis.[16]
Near-death experiences[edit source | edit]
Main article: Near-death experience
Another form of spontaneous OBE is the near-death experience (NDE). Some subjects report having had an OBE at times of severe physical trauma such as near-drownings or major surgery.[17]
Resulting from extreme physical effort[edit source | edit]
Along the same lines as an NDE, extreme physical effort during activities such as high-altitude climbing and marathon running can induce OBEs. A sense of bilocation may be apparent, with both ground and air-based perspectives being experienced simultaneously.[18]
Induced[edit source | edit]
Consciously controlled and pre-meditated OBE methods (examples of which are widely available in many popular books on the subject) are also reported.[19][20][21][22][23] Some people have attempted to develop techniques to induce OBEs.

1 Response to The Angel of the Silver Chord