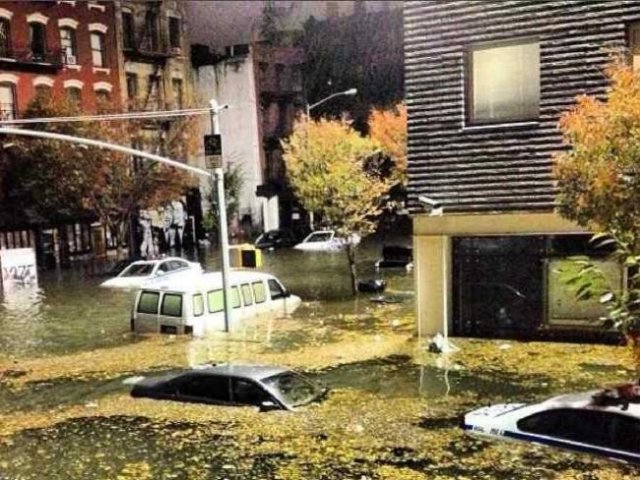 Well off Republicans should be forced to show bank statements and photo ID before they recieve any help in Sandy’s wake. If you have too much money, and are a Republican, you will not get any help from the Federal Government because the greedy gleefully want to take away Government housing and foodstamps from the needy, that will make more people homeless and in need of assssitence then Sandy has – and for a much longer period of time.

As for Republican evangelicals, they follow the Stingy Jesus who they claim said;

“Take from the poor, and give to the rich!”

I believe these holy ones should refuse any help from FEMA, because that will encourage folks to believe in the Big Evil Government.

President Barack Obama warned Tuesday of the possibility of more flooding and damage in the aftermath of Hurricane Sandy, pledging to keep up the federal government’s response in the days and weeks ahead.

“This storm is not yet over,” Obama said during a visit to American Red Cross national headquarters in downtown Washington.

Obama said he wants people affected by the storm to know “America is with you, we are standing behind you and we are going to do everything we can to get you back on your feet.”

“Obviously this is something that is heartbreaking for the entire nation,” he added.

The president praised the coordination between federal, state and local officials, and instructed the federal agencies to not say why they can’t do something but to figure out how they can. “No bureaucracy. No red tape,” he said.

As Obama returned to the White House, press secretary Jay Carney announced that the president would travel to New Jersey on Wednesday afternoon to join Republican Gov. Chris Christie in viewing storm damage, and meeting with affected residents and emergency responders.

Christie has praised Obama for his handling of the storm response, saying Tuesday morning that the president has been “wonderful” and “deserves great credit.”

Earlier Tuesday, Obama was briefed by video-teleconference along with Vice President Joe Biden, who was in Columbus, Ohio, at the time, and much of his Cabinet, including Defense Secretary Leon Panetta and Treasury Secretary Timothy Geithner. Key members of his emergency response team, including Homeland Security Secretary Janet Napolitano and Transportation Secretary Ray LaHood, also participated.

Obama also held a call with governors from states spanning from North Carolina to New Hampshire, as well as mayors from the largest cities hit hard by the storm. He thanked them for their hard work so far and “made clear that he has directed his team to continue to lean forward and provide all available resources to support ongoing response and recovery efforts,” according to a White House readout of the call.

“Sadly, we are getting more experience with these kinds of big impact storms along the East Coast and the preparation shows,” Obama said while visiting the Red Cross. “We could have seen more deaths and more property damage.”