Posted in 2012 before I knew who was sitting next to my grandmother on Santa Cruz Island. 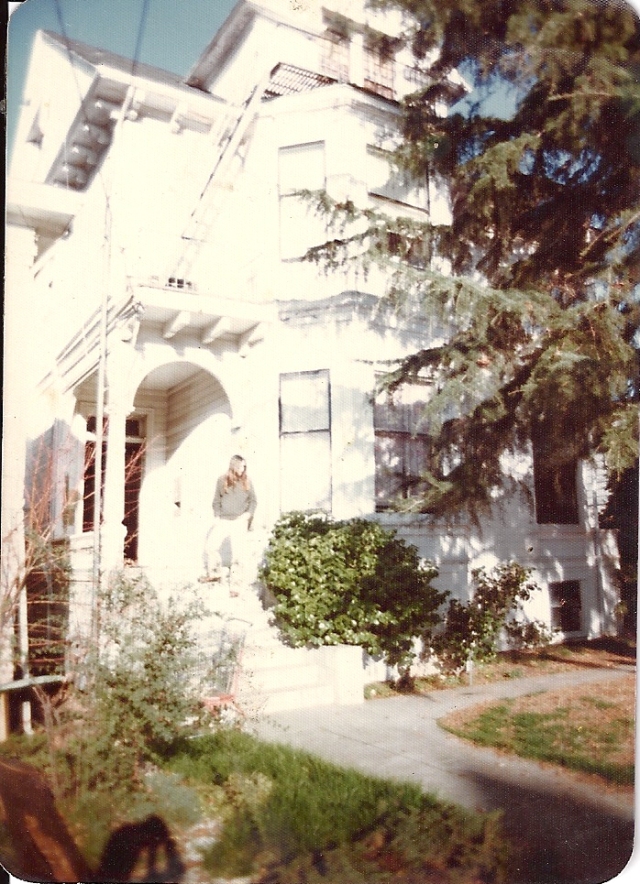 Two weeks ago I talked to my sister, Vicki Presco, and my niece, Drew Benton, on the phone. Drew told me about getting paid for her commissioned art work, and I told her she inspired me to do a painting. I told my kindred I had been contemplating doing a painting from the photograph taken of Mary Magdalene Rosamond on Anacapa Island sitting under a tree. This photograph was taken by my grandfather, the writer, Royal Rosamond.

The next day I enlarged this photo on my computer so I could study it. To my dismay I noticed the man on the right was holding a gun. It looks like a 45 automatic. The two other men in the photo appear to be focused on the gun, while my grandmother tried to ignore it. Her eyes are cast down. She is not looking at her husband who has snapped the photo.