This is the poem that sold me on Lara as an actress and character.  It’s called ‘Date’. Lara Roozemond does such a good job of telling her side of the date, it made me wonder about the other half. The Austrian equestrian champion later appeared. They will go on several dates all through the movie. Rather than see James Bond being suave while he lures yet another Beauty into his bed, all Victoria’s dates – with him – end badly. 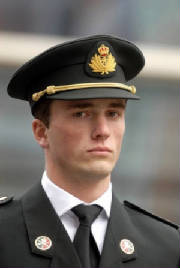 Victoria’s Austrian Prince, as she now called him, after he danced around his family tree,  trying not to drop names (but he failed miserably) …… took his date to a very fancy French restaurant in London. Once seated, Lara was surprised he did not take off his hat.

“It’s not required of men of my station. Haven’t you seen other men of my ilk wearing – their…