I just found this e-mail where my estranged daughter uses my family name in her e-mail after she disappeared from my life. She is assuming my famous sister’s name in hope she gets some fame and money. Her mother had long claimed our daughter get all her gifts and light from her – and none from me – and all she needs is the family BRAND…….ROSAMOND!

This e-mail was sent in 2005 – thirteen years before I found Lara Roozemond who I want to play Victoria Rosemond Bond in my movie ‘The Royal Janitor’.

“Rosamund Pike, who first rose to fame as a Bond Girl in 2002’s “Die Another Day” opposite Pierce Brosnan and Halle Berry, has expressed similar sentiments. “I think the character of James Bond is a man. He is really,” she said in 2018. “Why not make a kick-ass female agent in her own right?”

Broccoli has tried to launch a female-led action franchise in the past with her intended “Die Another Day” spinoff centered around Berry’s character Jinx, but MGM refused to commit to the pitched $80 million budget and the project died.

It is clear to me Ryan was never going to let me know I was a grandfather. I am also aware he was guarding you when we last saw each other, and will do so again. The reason for this, is your mother was encouraging you to have a COVERT relationship with my family and Pierrot, and thus she freared I might get wise and hurt you. Your mother’s covert agenda put you in danger, just as it did when she put you in DelPiano’s arms. Your mother is a insane shit-disturber and invites men to have violent feelings towards her so she can get a sick thrill.

It is traditional for a father to want to hurt a grown man who fucks around with his minor daughter – and gets her pregnant out of wedlock. When this same man, who is a stranger to me, strikes up a bond with members of my family behind my back, it IS I who would be guarding YOU against him. This is not a HONORABLE man, but a sneaky coward who doesn’t have the balls to make sure my grandson is not born illigitimate, as you were, and marry you. This man can not kick my ass. Trust me on this! I suspect he is addicted to marijuana, as are his friends.

I do not recognize his genes in my grandson, who carrys much of my genetic material like you do. That your mother allowed this to happen in her home, is more proof she is not a good mother. That Vicki encouraged this covert union, while claiming she is a Christian, is proof of what a fraud she is. I was never married to your mother, therefor she has NO legitimate reason to strike up a relationship with my family.

The only way you and Tylor will be considered ligitimate is when you appoligize for your trespasses, sever all contact with Vicki, Lillian, Shamus, and Mark, and honor me as your father, one who ALSO gave you life. Why would any of these people encourage you to dishonor your father, and at the same time honor a man who will not marry you – is a outrage!

Stop play-acting, and get away from the insane influence of your mentally ill mother. 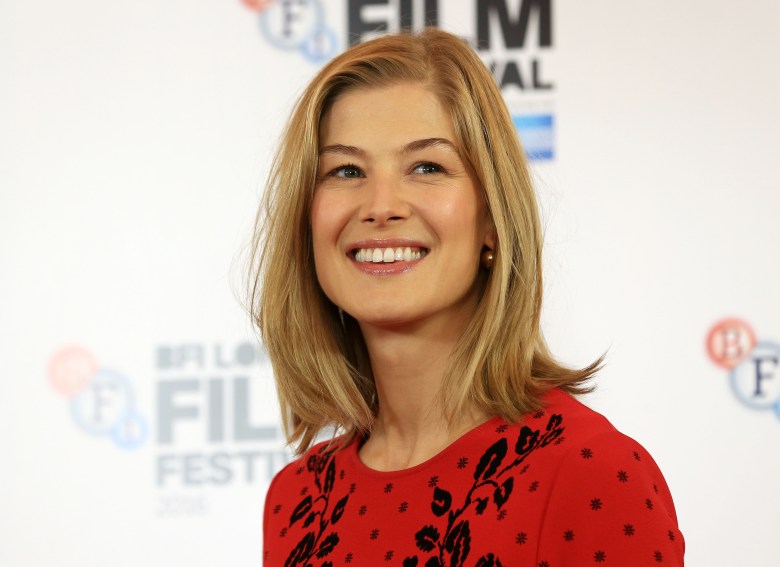 Rosamund Pike was 21 years old when she went to her first feature film audition, which just so happened to be for the James Bond movie “Die Another Day.” The Oscar-nominated actress revealed in an interview on Amazon’s Audible Sessions that she was told her audition would include a scene in which she takes off her dress and strips down to her underwear. Pike, however, wasn’t going to try and land her first feature film this way.

“My first audition was for a Bond film and I remember them saying I was to drop my dress and appear in my underwear,” Pike said. “On the day, I don’t know how I got the resolve and strength of mind, but I just thought if they’re gonna see me in my underwear, they better give me the job. So, I thought, ‘There’s no way I’m going to take off a dress in the audition for this tape to be sent around Los Angeles and to be judged on that.’”

Daniel Craig: ‘Why Should a Woman Play Bond?’ Create Other Female Roles ‘Just as Good’

“There should simply be better parts for women and actors of color,” Craig said. 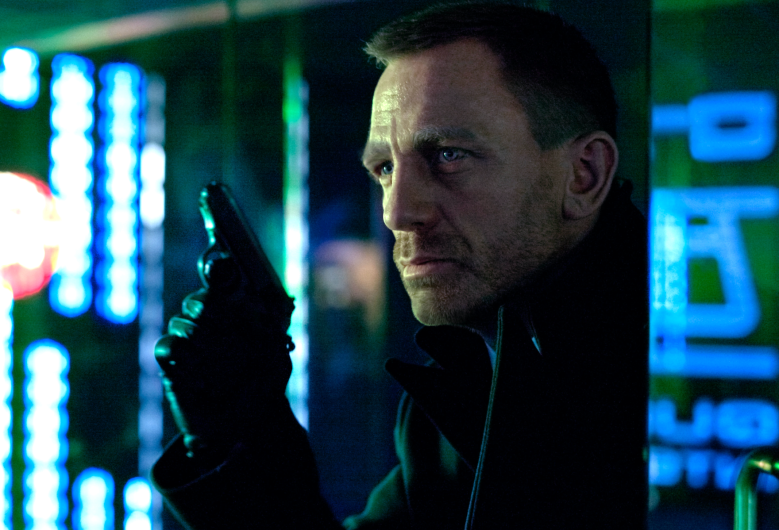 Daniel Craig’s final 007 movie, “No Time to Die,” is just weeks away from releasing in the U.S. While the actor has no idea which performer will take on the role of James Bond now that his tenure is done, Craig did recently tell Radio Times that it should probably not be a woman. The debate over whether or not Bond should be played by an actress comes up often, with franchise producer Barbara Broccoli committed to keeping Bond male and advocating instead for equal action roles for original female characters. Craig agrees.

“The answer to that is very simple,” Craig told Radio Times. “There should simply be better parts for women and actors of color. Why should a woman play James Bond when there should be a part just as good as James Bond, but for a woman?”

Rosamund Pike, who first rose to fame as a Bond Girl in 2002’s “Die Another Day” opposite Pierce Brosnan and Halle Berry, has expressed similar sentiments. “I think the character of James Bond is a man. He is really,” she said in 2018. “Why not make a kick-ass female agent in her own right?”

Broccoli has tried to launch a female-led action franchise in the past with her intended “Die Another Day” spinoff centered around Berry’s character Jinx, but MGM refused to commit to the pitched $80 million budget and the project died.

Not every one agrees with Broccoli and Craig, however. “No Time to Die” star Lashana Lynch told The Guardian earlier this month that Bond “could be a man or woman” or “white, black, Asian, mixed race,” adding, “They could be young or old. At the end of the day, even if a two-year-old was playing Bond, everyone would flock to the cinema to see what this two-year-old’s gonna do, no?”

Incidentally, Lynch plays a new character in “No Time to Die,” who also happens to be the person currently holding the title of 007. Clearly, even if Bond was originally written to be a male character, 007 can be anyone.