I saw then coming in my Big Bill Virus post. Six hours after that post, I saw them on T.V. I suspect they are a Christian group trying to get King Trump back in office. 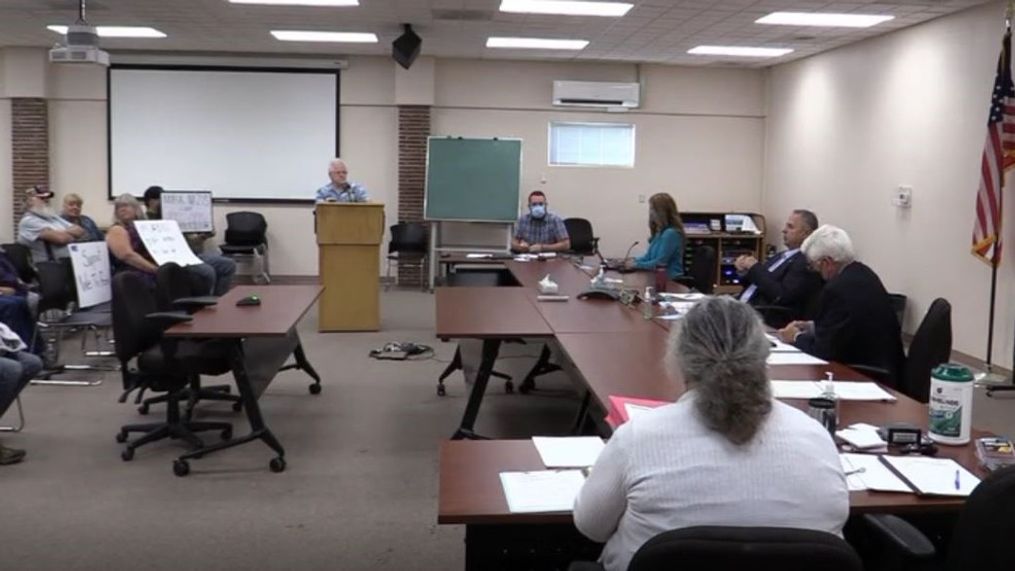 COQUILLE, Ore. — “We’re not walking out. Arrest us if you’re going to do this.”

An angry mob showed up at the Coos County commissioners meeting Tuesday to protest the mask mandate, causing two of the three commissioners to walk out.

Normally, the meeting draws only a handful of people, but Tuesday over 50 people filled the room.

Commissioner Melissa Cribbins tells us they tried to resolve the issue by suggesting that everyone wait outside without a mask and only come in masked when it was their turn to speak.

That’s when Commissioner John Sweet motioned to make the meeting virtual and to move it to Wednesday.

Cribbins seconded the motion, and the meeting was adjourned. The two commissioners then walked out.

“The crowd today, actually, you know – I was scared for my safety when I left, and I don’t say that lightly,” Cribbins said. “The room just felt like a real mob mentality; it just felt physically unsafe to me.”

Commissioner Bob Main remained in his seat maskless as well. 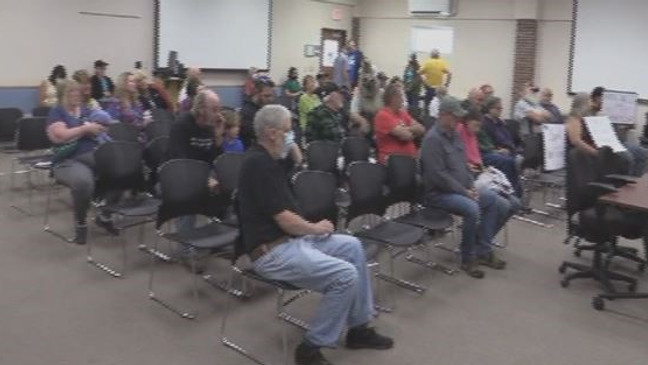 The crowd was even more unhappy when the meeting was rescheduled.

“We’re not trying to keep anyone from making their views well known, although it was pretty apparent what their views were this morning,” Commissioner John Sweet said. “But we do want to abide by the measures that we have taken that we hope will slow or prevent the spread of the Covid virus.”

The meeting was rescheduled for Wednesday morning at 10 a.m.

The meeting will be held virtually, here. Anyone who wishes to make a public comment for the record is asked to email bbrooks@co.coos.or.us.

This will allow the commissioners to hear what people have to say while making sure there is compliance with health mandates.