Evangelicals have gone on the attack in order to keep a degenerate in the White House. 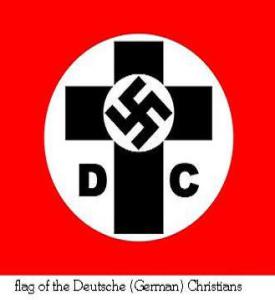 What can I say, but…………Thanks Ron Wyden!

The Senate parliamentarian has blocked language repealing the Johnson Amendment and allowing churches and 501(c)3 nonprofits to endorse candidates and engage in partisan politics from inclusion in the tax bill.

Ronald (Ron) Lee WydenDemocratic senator predicts Franken will resign ThursdayAvalanche of Democratic senators say Franken should resignLobbying worldMORE‘s (D-Ore.) office confirmed to The Hill on Thursday night that the Senate parliamentarian had determined the inclusion of the Johnson Amendment repeal did not meet Senate rules that require elements of the tax bill to have something to do with the budget.

The Senate is seeking to move a House-Senate conference report under special budgetary rules that prevent Democrats from using a filibuster. To use those rules, all parts of the bill must have a budgetary effect, and the parliamentarian ruled the Johnson language did not…