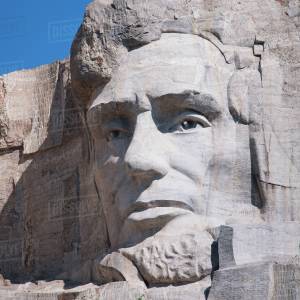 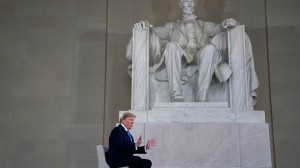 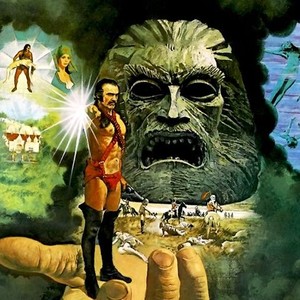 Trump is out of his head comparing himself to Abraham Lincoln after once again titling traitors who wave the Confederate flag “good people”. This use of Lincoln like a whore to get elected – is as evil at it gets! Trump of the Red States gives Abe a lap dance as he attacks the press for dare giving him hard questions about the coronavirus. How many died in the Civil War. I am kin to Robert E. Lee – and John Fremont! I and my newspaper have been attacked by ignorant cults.

Displaying the Confederate flag, or other symbols of the slave-owning south during the American civil war, is usually seen as racist. While some claim they are celebrating southern identity, it is widely seen as a racist symbol deeply offensive to black Americans. There is also an ongoing campaign to remove Confederate war statues from public display or rename streets and buildings which commemorate Confederate generals or politicians.

Vice President Mike Pence said during a televised town hall on Sunday that he should have worn a mask while visiting the Mayo Clinic in Minnesota last week, in what was an apparent violation of the renowned health center’s stated policy.

Pence’s decision to go without a face covering on Tuesday was met with public rebuke, especially as others visiting with him donned masks. The clinic tweeted — and then deleted — a message saying it had informed Pence “of the masking policy prior to his arrival today.” The clinic’s website says “all patients, visitors and staff are required to wear a mask to decrease the risk of COVID-19 exposure.”

Governor Gretchen Whitmer of Michigan issued a rebuke of the armed protesters who gathered inside the state capitol last week in defiance of statewide lockdown orders, saying the demonstrators embodied some of the “worst racism” of the nation’s history.

“Some of the outrageousness of what happened at our capitol depicted some of the worst racism and awful parts of our history in this country,” Whitmer said during a Sunday interview on CNN’s State of the Union.

Last week Donald Trump had said of the protesters: “These are very good people.”

Hundreds of protesters, many not wearing protective face masks and some armed legally with “long guns”, gathered inside the statehouse in Lansing on Thursday as lawmakers debated the Democratic governor’s request to extend her emergency powers to combat the coronavirus pandemic. The tightly packed crowd attempted to enter the floor of the legislative chamber and were held back by a line of state police and capitol staff, according to video footage posted by local journalists.

Whitmer highlighted that the number of protesters was relatively small but that the imagery some of them used was a disturbing reminder of ugly elements of America’s past. “We know that people are not all happy about having to take the stay-home posture,” Whitmer said on Sunday, “and you know what, I’m not either. But we have to listen to the public health experts and displays like the one we saw in our state capitol are not representative of who we are in Michigan.

“There were swastikas and Confederate flags and nooses and people with assault rifles. That’s a small group of people when you think that this is a state of almost 10 million people, the vast majority of whom are doing the right thing.”

“I am greeted with a hostile press, the likes of which no president has ever seen. The closest would be that gentleman right up there,” Trump said from his perch on a high-backed stool, pointing at the imposing marble statue of martyred president Abraham Lincoln in the background. Lincoln was assassinated in April, 1865.

“They always said, ‘Lincoln, nobody got treated worse than Lincoln,’” Trump continued. “I believe I am treated worse.”

Then Trump’s mood seemed to shift. His gaze turned steely and the smile vanished as he name-dropped Lincoln and launched into a familiar script: criticizing journalists for asking him “disgraceful” questions at the briefings and suggesting that a majority of the media “might as well be in the Democrat party.”

“I feel that if I was kind to them, I’d be walked off the stage,” Trump said. “They come at you with the most horrible, horrendous, biased questions.”