New Code of The West 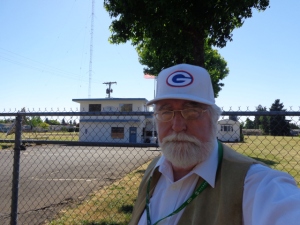 What is this new code of the West?

A controversial “New Code of the West” conference in Whitefish featuring a slate of speakers that includes Ammon Bundy, who made national headlines during a standoff with federal law enforcement in Oregon, has prompted human rights advocates and conservation groups to organize a counter rally to protest what they call anti-government and anti-Indian rhetoric.

Whitefish residents, tribal representatives, and public land advocates have denounced the conference, which is set to take place on Oct. 13 at Grouse Mountain Lodge.

Speakers at the event include Ammon Bundy, leader of the armed occupation of Malheur National Wildlife Refuge in Oregon in 2016 and a participant in a standoff against law enforcement officials at his father Cliven Bundy’s ranch in Nevada in 2014.

That didn’t sit well with Bob Brown, a Republican state legislator for 27 years, former Montana Secretary of State and a Whitefish resident.

“By inviting Ammon Bundy, organizers and participants of this event are attempting to normalize the seizure of public lands and to legitimize threats against federal and local law enforcement,” Brown said. “This extremist event flies in the face of the values Montanans of all political persuasions share. It has no place in Whitefish or anywhere else in Montana.”

The principal organizer of the event is Laura Lee O’Neil, founder of the group “This West is OUR West,” which the Montana Human Rights Network characterizes as “rooted in the militia movement of the 1990s and espouses an ideology at the nexus of the anti-government, anti-Indian and anti-environmental movements.”

For its part, the group describes itself as a “collection of voices throughout the Western states” beleaguered by federal overreach, as well as “Greenies, Globalists and bureaucratic agencies” seeking to “come after our land and water.”

According to the “This West is OUR West” website, the Whitefish conference features speakers who will provide an overview of “The Deep State” and its impact on the West, bureaucratic over-reach, federal Indian policy, public and private property rights, and environmental issues facing the nation.

The site has provided a platform for another speaker at the Whitefish event, Elaine Willman, a well-known anti-Indian activist through her work with the Citizens Equal Rights Alliance (CERA). Willman advocates for terminating Indian treaty rights and eliminating tribal sovereignty.

According to a brief prepared by the Montana Human Rights Network, Willman moved to the Flathead Valley in 2015 to fight against the Flathead Water Compact.

“CERA uses false stereotypes to create turmoil, divide communities, and undermine tribal governments,” Rep. Shane Morigeau, a member of the Confederated Salish and Kootenai Tribes, said. “Now CERA is aligning with anti-public land radicals to try and spread their hateful message. Montanans will continue to speak up against this scourge on our communities.”

Another speaker at the event is state Rep. Kerry White, R-Bozeman, who has advocated for the transfer of public lands to state ownership on behalf of the Utah-based American Lands Council. During the standoff at the Bundy ranch in 2014, White wrote on his Facebook page that he was preparing to leave for Nevada to “stand with Mr. Bundy.”

During the Malheur occupation, White called on the sheriff of Harney County, Oregon to protect the occupiers, including Ammon Bundy, against “federal soldiers.”

“By speaking at this event with Willman and Ammon Bundy, Representative White is aligning himself with a violent, anti-government, and anti-Indian fringe intent on seizing public lands and making it alright to threaten the lives of public land managers and federal law enforcement officers,” Jan Metzmaker, a 46-year resident of Whitefish and longtime public lands advocate, said. “Frankly, it’s shameful that any of our state legislators would participate in this event because it so clearly runs counter to who Montanans are as a people.”

Whitefish city councilor Richard Hildner said the event is particularly unfortunate given that it comes on the heels of threats from a neo-Nazi website to stage an armed march through town in January 2017, a threat that never came to fruition but which shook the town, and prompted community members to join in a united front to oppose the march.

“Two years ago, a group of neo-Nazis and white supremacists wanted to hold a rally in Whitefish, and the people of Whitefish stood together against that divisiveness,” Hildner says. “The New Code of the West event brings with it a similar divisiveness that we rejected two years ago and we reject now.”

The Montana Wilderness Association, in partnership with the Montana Wildlife Federation, Montana Human Rights Network, and Love Lives Here, will host an event on the same day as New Code of the West. Called “Montana Undivided: A Rally for Human Rights and Public Lands,” the event will occur on Oct. 13 at 10 a.m. at Depot Park in Whitefish.

“Montanans reacted with disgust to the Malheur occupation, and for good reason. Ammon Bundy and his gang threatened the lives of our public land managers, tore apart the nearby community of Burns, and, for 40 days, took possession of lands that belong to all Americans,” Amy Robinson, Montana Wilderness Association conservation director based in Whitefish, said. “Public lands define and unite Montanans because those lands enable our way of life. So any threat to our public lands is a threat to our way of life, and few threats are greater than that posed by the Bundys and their allies.”