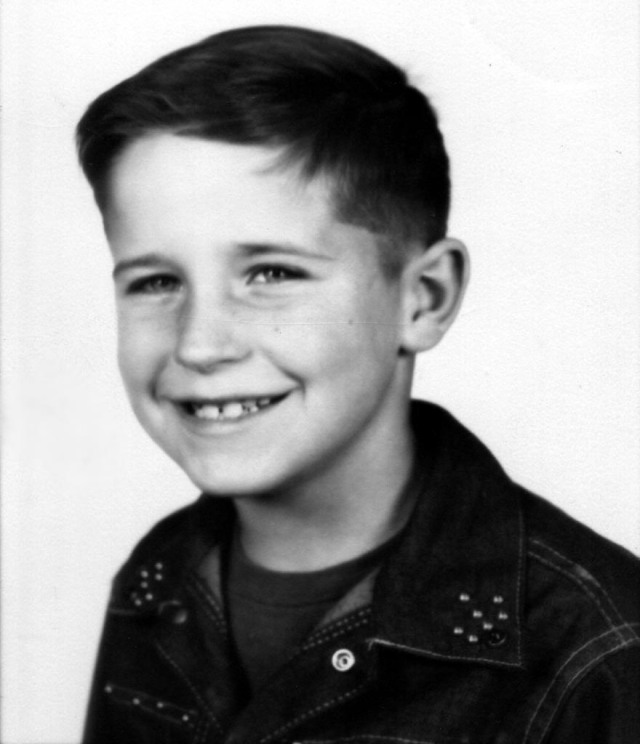 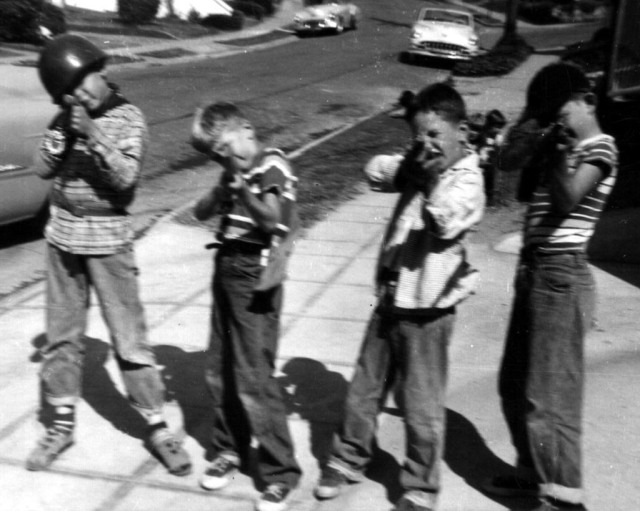 I have scattered my story all through this blog because it is to frightening to see it gathered in one place. This is the nightmare our father created for us because he felt like a sucker, like he got stuck with four kids, and this is why he could never succeed. When he saw me with all my friends during Summer vacation, he saw the source of all his problems. I was having fun, staying home with mommy, while he had to go to work.

An artist is born who rises above this abuse. I am my sister’s teacher. Christine Rosamond became a famous artist. How our family produced two creative children is of real interest to professionals. I asked my new therapist if she read Alice Miller. She said she had.

“Miller saved my life. She is my angel!”

I am eight years old in the photo above. I am a working child. Here I am with my club ‘The Cheetahs’. We used to play all summer, but, now we only played on the weekends when I was off work. VW woke us at five. We started to work in Oakland’s Produce Market at six. We got home about nine half the time because VW had to drink with his buddies at Oscar’s Bar&Grill after work. There were bitter veterans of World War Two in this bar that told VW he was sucker to have so many kids while we sat outside in The Truck. Our father made sure we got a good view of the entrance so we could see brave and loyal men going inside to have a good time.

My brother and I were very tired, and we had laid down on the leather seat. All of a sudden, the door flew open.

“What are you two doing? Playing grabass? I better not catch you sleeping on the job again!”

Vic’s drunken buddies took a look at us before they opened the bar door. Some had it bad during the war. Many had a abusive Drill Sergeant. Thing were not going well with the little woman at home, and thus these comrades gathered to gripe about her – and her brats that wouldn’t mind The Man of the House. VW bragged to these Veterans, many whos suffered PTSD, that he’s not going to let his sons treat him like a sucker.

My brother told my sister that he was going to disappear himself and not see her anymore. Before Vicki died, our niece, Shannon Benton Rosamond, asked me to find Mark. I failed to do so. I then had to explain why he wasn’t there for his sister – and family. I am still trying to come to terms with being the Last Presco Standing. Mark may be dead. Shannon told me he had a stroke. He could have disappeared, then killed himself. Being seen as weak and powerless – in need of others – was THE ENEMY! My father and my brother died as NEO-NAZIS. My brother authored a Right-wing Manifesto that reads like the one Shooters and Mass Killers write. My family has proven Alice Miller.

When I was seven I was employed as a BF Goodrich tire salesman. I was a Bald Tire Spotter. My job was to ride around Oakland in the backseat of Vic’s 1940 Plymouth and look at the tires of a car to see if the tread had worn down enough to warrant me taking down the license plate number – while the car was still moving! If you didn’t get the whole number in the short time you had to do this,  you whipped your head out the window to get the rest of the number – on the front license plate. Mark sat on the left side, and usually got it right – the first time. He was a year older than me.

Looking in his rearview mirror, with disgust, my father saw that I was a Head Whipper, and may not be cut out for this job.  However, this did not mean…