Why Isn’t Jesus Defending His President? 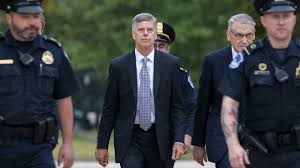 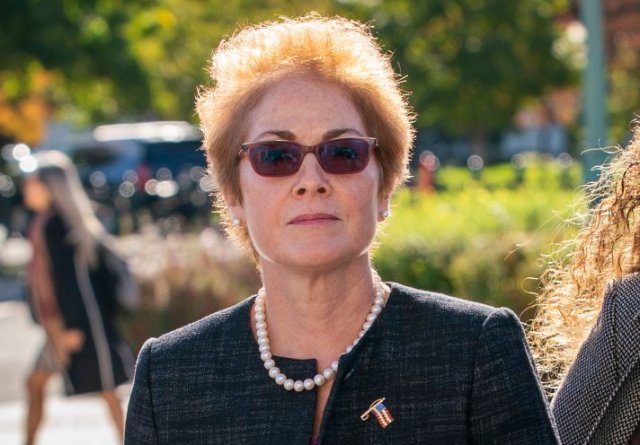 FILE – In this Oct. 11, 2019, file photo, former U.S. ambassador to Ukraine Marie Yovanovitch, arrives on Capitol Hill in Washington. The House impeachment panels are starting to release transcripts from their investigation. And in one of them, Yovanovitch says that Ukrainian officials warned her in advance that Rudy Giuliani and his allies were planning to “do things, including to me.” (AP Photo/J. Scott Applewhite, File)

Now is the time for Jesus to return and be President Trump’s personal attorney. The other dudes He sent – are inept! This ridiculous witch hunt has gone on long enough. Why hasn’t the Senate offered evidence the embodiment of King David is innocent? Where is the Vicar of Christ? The Pope can clear Trump with one wave of his hand! Why doesn’t The Hand of God write the name of the Evil Whistleblower of Satan on the wall of our Capitol? God-Jesus hates separation of church and state. He bid his flock to become Political Animals and Police the penis and vagina of all Americans – save one!

After the Lunatic President For Jesus gets locked up, there needs to be a Congressional investigation into the Treacherous Evangelical Party and how it advised POTUS to do reckless and treacherous things to World Democracy. I believe these leaders back Putin for his anti-gay oppression.

“They’ll look away from the moral indiscretion in order to get their political agenda in place… they want to reclaim, renew, restore what they believe was a Christian culture, a Christian America that has been lost,” said John Fea, a history professor at Messiah College in Mechanicsburg, Pennsylvania, and the author of Believe Me: The Evangelical Road to Donald Trump.

A top State Department aide questioned the legality of a U.S. president asking for an investigation into a political rival in his hours-long, closed-door deposition before congressional impeachment investigators.

“Politically related prosecutions are not the way of promoting the rule of law. They undermine the rule of law,” said George Kent, deputy assistant secretary in the State Department’s Bureau of European and Eurasian Affairs.

The House released a transcript of his deposition on Thursday. Read his full testimony here.

Kent’s remarks bolster the accounts of other officials whose depositions have been made public and underscore the intense back-and-forth within the Trump administration over its Ukraine policy. The policy, as Kent described it, pitted the traditional bipartisan foreign policy consensus over U.S. relations with Ukraine, a fledgling post-Soviet state that needs Western support, against a parallel policy being advocated by Rudy Giuliani, the president’s personal lawyer.

As Kent described it, Mick Mulvaney, the acting White House chief of staff, put a hold on aid to Ukraine at the president’s direction.

“There was a lack of clarity” over the reason for the hold, Kent said.

In subsequent conversations with William Taylor, the charge d’affaires to Ukraine, he said he was told that President Trump “wanted nothing less than President Zelenskyy to go to microphone and say investigations, Biden, and Clinton.”

Acting White House chief of staff Mick Mulvaney defied a subpoena from House investigators and skipped a scheduled closed-door deposition Friday, in an accelerating impeachment inquiry that will move to public hearings next week.

Meanwhile, in a break with her father and leading congressional Republicans, Ivanka Trump said it was “not particularly relevant” to know the identity of the whistleblower whose complaint sparked the probe into Trump’s efforts to pressure Ukraine to investigate former vice president Joe Biden and his son Hunter Biden at a time when nearly $400 million in U.S. military aid was being withheld.

Speaking to reporters later Friday morning, Trump called the whistleblower “a disgrace to our country” and said Democrats should not be holding public hearings.

It started with a warning to watch her back, that people were “looking to hurt” her. From there, former U.S. Ambassador to Ukraine Marie Yovanovitch told House investigators, it escalated into a chilling campaign to fire her as President Donald Trump and his allies angled in Eastern Europe for political advantage at home.

Testimony from Yovanovitch, released on Monday, offered a first word-for-word look at the closed-door House impeachment hearings. Inside, Democrats and Republicans are waging a pitched battle over what to make of Trump’s efforts to get Ukraine’s leaders to investigate political rival Joe Biden, Biden’s son and Democratic activities in the 2016 election.

“I am writing out of deep concern that your client, the President of the United States, is engaging in rhetoric and activity that places my client, the Intelligence Community Whistleblower, and their family in physical danger,” Andrew Bakaj wrote to White House counsel Pat Cipollone in a Wednesday letter obtained by CNN’s Anderson Cooper.

“I am writing to respectfully request that you counsel your client on the legal and ethical peril in which he is placing himself should anyone be physically harmed as a result of his, or his surrogates’, behavior,” he said.

Evangelicals feel Trump has kept his covenant with them by nominating conservative judges to federal courts and to the supreme court; by tacitly supporting abortion bans; by supporting Christian universities and organizations that profess a moral objection to same-sex marriage or contraception; by supporting religious dispensations from anti-discrimination laws; by moving the US embassy in Israel to Jerusalem and other measures.

Meanwhile, Trump has addressed a central concern for white evangelicals that they are losing influence as a group and that the sun is setting on the United States they dream of – a nation that is white and Christian in its majority and in its essence.

“They’ll look away from the moral indiscretion in order to get their political agenda in place… they want to reclaim, renew, restore what they believe was a Christian culture, a Christian America that has been lost,” said John Fea, a history professor at Messiah College in Mechanicsburg, Pennsylvania, and the author of Believe Me: The Evangelical Road to Donald Trump.

Trump’s perceived delivery on that dream overwhelms qualms that many religious voters might have about sexual assault allegations against Trump, or about his multiple marriages or worship of mammon, Fea said.

“They don’t see this at all as hypocrisy,” Fea said. “They believe that Trump is appointed by God for a moment such as this. They believe that God uses corrupt people – there are examples in the Bible of this, so they’ll call upon these verses.

“They truly believe that ‘God works in mysterious ways. He uses even someone like Donald Trump to accomplish His will.’”

But some evangelicals go further. They no longer even see such a conflict because they believe Trump is no longer a corrupt person, because he has had a kind of spiritual awakening since running for president.

Donald Trump has changed. I believe that with all my heart. He has changed

“Donald Trump has changed,” said retiree Nancy Allen, who attends a large Baptist church in North Carolina and wrote Electing the People’s President, Donald Trump. “I believe that with all my heart. He has changed. He hasn’t had any more affairs. Now he’s not perfect, but there’s no perfect person.

Support among white evangelicals for Trump has shown extreme durability through the most controversial moments of his presidency, said Jones.

“I think that’s the remarkable thing, is that if there’s a controversy – whether it’s another person accusing him of sexual assault, whether it’s these heartbreaking images of kids at the border being separated from their parents and held in horrific conditions, whether it’s any of the other kinds of controversies that we’ve seen – none of them has shaken white evangelical support for the president.”

The Trump blueprint to hold evangelical voters in 2020, a campaign adviser told Axios, is to paint him “as a champion of socially conservative issues and warn evangelical voters that his defeat could destroy the progress he’s made”.

Then the evangelical leaders who have been some of Trump’s most ardent surrogates – Reed, Franklin Graham, Robert Jeffress, Jerry Falwell, Jr and Paula White – will encourage their flocks to vote and bring fellow congregants along.

“So even as they’re shrinking, they have maintained their importance at the ballot box, basically by turning out at higher and higher rates relative to other Americans,” Jones said.

In his speech to the Faith and Freedom crowd, Trump warned the faithful not to grow complacent.

“You have to go out and vote,” he told them.