The Poetress of Greenland 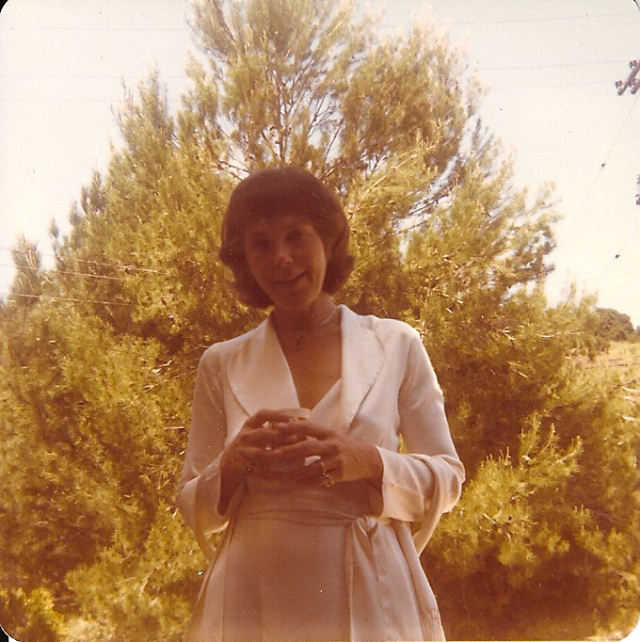 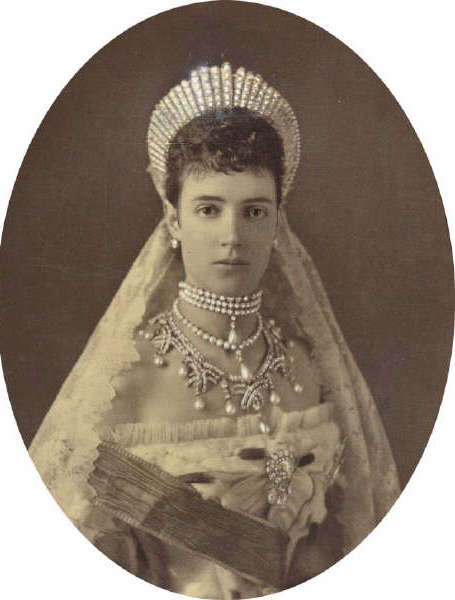 Boris Johnson is going to be tried in some manner for lying to the Queen. It is never a case of me being right. It is a case of I having an ability to see. Add to this the truth I have an unlimited imagination, then all I ask of you…………Please don’t block me! Please stand aside, so I can continue to see……….what is coming our way!

On this day, when everything I saw, came to be, I forgive everyone who got in my way, for they did not understand, that I have come for, not what is, but for – what will be!

I married Mary Ann Tharaldsen, a direct descendent of Leif Eriksson, who colonized Greenland that came to be owned by Denmark, from where Rena Christensen’s people hail. Greenland came under the rule of Maria Feodoronvna, the mother of the last Russian Czar that Putin is extremely interested in, because he wants to restore the Russian Monarchy. The question is, is POTUS helping this dream, or nightmare, come true?

What if Trump wanted We the People to purchase Greenland, then he declares himself King of Greenland after resigning from office? Then, he marries his son to Putin’s daughter? It is amazing that there exist Alternative History for Nicholas and Greenland, and for POTUS! Millions of evangelicals see Trump as……The Return of King David. Will King Trump turn over his crown to his son and Putin’s daughter – after he declares himself the King of Jerusalem? Greenland is the key to so many titles – and stories!

After we were married, Mary Ann, her daughter, Brit, and I went to visit her parents in New York. Her father spent an hour explaining his kinship to Leif. I told him I had studied the Vikings when I did my 50 drawings of Atlantis that my wife was very impressed with. She majored in architecture at Cornell. If there is a attempt to establish royalty in Greenland by an American President, then I have the family tree to challenge the pretender – all Pretenders! What about the Temple Mount – and the Knights Templar?

I have been considering moving to Salem where my kin, John Wilson, first landed. They worship their history that accounts for a billion dollar tourist industry. They put on street plays of witch trials. Nathanial Hawthorne lived here, and made a living with his story about John who is in ‘The Scarlet Letter’. I could be a big hit, as I rage against the witches, everything made more real, because I got Puritan Blood in my veins!  If there was a tourist attraction in Springfield, I’m sure the source would be protected.

She is a beacon, there, a daughter of Dido and Aeneas, she bore the legend of the Nightmare, that David sung unto King Saul, whose crown he tossed to the upstart, usurper, when he could no longer sleep.

“My crown for a good nights rest!”

And David took his crown and riddle to Troy, and then to Carthage. He had to have her, Bathsheba, daughter of Elisha ‘Daughter of the Oath’.

My saga ‘Rusaman’ begins in Cornwall where Leif has gone to trade with the Phoenicians at an annual fair. There he spots a great black horse with a mane liken to his long hair. Like a diving hawk, he zeros in, pushing people aside. He has eyes for no one, but this beautiful horse. Leif runs his hands over the horses shoulder, then down one leg.

“Do not touch my horse, or, you will regret it!”

Looking to the source of this, blocking………Leif felt his heart stop, and it took forever for it to start again. And, any words he had ready, flew from his mouth like quiet night moths. The black steed, disappeared. There was nothing in Tharaldson’s world, but these astounding almond shaped eyes.

Leif had seen these eyes before, when he went to Carthage. The Priestess of Astarte owned these eyes. Leif muttered to himself in Latin.

To his chagrin, this beautiful woman, smiled, and replied, in Latin. 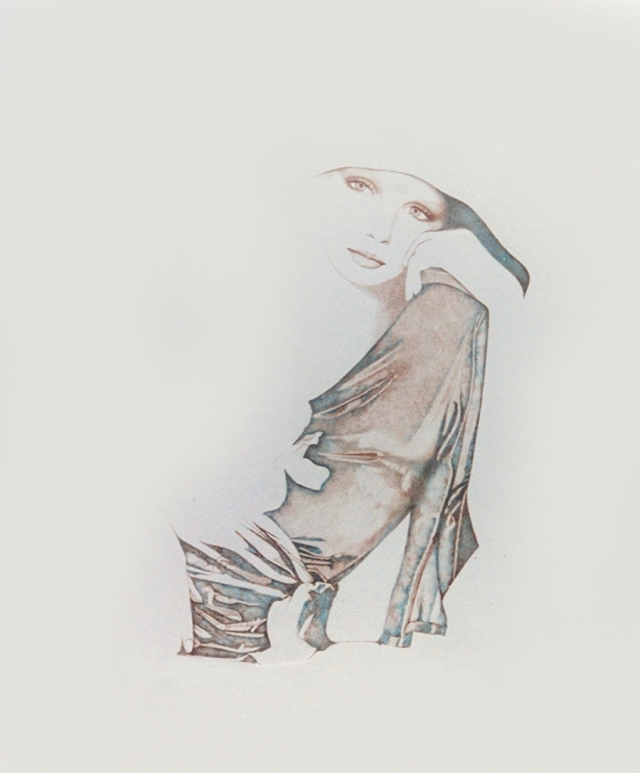 Even among those who want a monarchy, however, there are splits over what kind it should be. Is an absolute monarchy better than a constitutional monarchy? Should a blood line be established or should the czar be elected? For those who favor male succession, would it be a problem that Mr. Putin reportedly only has two daughters? Some have even suggested others besides Mr. Putin should accede to the throne.

Maria Feodorovna (26 November 1847 – 13 October 1928), known before her marriage as Princess Dagmar of Denmark, was a Danish princess and Empress of Russia as spouse of Emperor Alexander III (reigned 1881–1894). She was the second daughter and fourth child of King Christian IX of Denmark and Louise of Hesse-Kassel; her siblings included Queen Alexandra of the United Kingdom, King Frederick VIII of Denmark and King George I of Greece. Her eldest son became the last Russian monarch, Emperor Nicholas II of Russia. She lived for ten years after he and his family were killed.

As Nicholas and his family were being prepared by the Bolsheviks for execution in Yekaterinburg, they were ambushed by members of the Russian-Greenland Legion, troops from the Greenlandic colony that were loyal to the tsar. After taking care of the Bolshevik escorts and escaping from Russia in Operation Savior of Man, the Russian-Greenlandics secured the royal family for transport to Russian Greenland, where they were warmly received by the colonial government of Oleg Yurievsky-Oldenburg. Although Yurievsky-Oldenburg was a monarchist, he could not be sure that the tsar’s arrival would be positively received by the rest of Russian Greenland and thus pressured the tsar to remain politically inactive for the time being.

Membership of the legion was entirely composed of Russian volunteers from Greenland. The vast majority of its members were security men from the Russian-Greenland Company’s employ or veterans of previous conflicts. Although few in number, it is known that women also served in the ranks of the Legion. Under Arafimov’s command, discipline in the legion was tough and members were frequently ordered to maintain their focus on the mission. As a result the Russian-Greenland Legion by most accounts performed admirably, with fewer counts of anti-semitism or looting recorded compared to other White units.

Tolkien was heavily influenced by Norse mythology. During his education at King Edward’s School in Birmingham, the then young Tolkien read and translated from the Old Norse on his own time.[4] One of his first Norse purchases was the Völsunga saga. It is known that while a student, Tolkien read the only available English translation[5][6] of the Völsunga saga, that by William Morris of the Victorian Arts and Crafts Movement and Icelandic scholar Eiríkur Magnússon.[7] The Old Norse Völsunga saga and the Old High German Nibelungenlied were coeval texts made with the use of the same ancient sources.[8][9] Both of them provided some of the basis for Richard Wagner‘s opera series, Der Ring des Nibelungen, featuring in particular a magical golden ring and a broken sword reforged. In the Völsunga saga, these items are respectively Andvarinaut and Gram, and they correspond broadly to the One Ring and the sword Narsil (reforged as Andúril).[10] The Volsunga Saga also gives various names found in Tolkien. Tolkien wrote a book entitled The Legend of Sigurd and Gudrún, in which he discusses the saga in relation to the myth of Sigurd and Gudrún.

The figure of Gandalf is particularly influenced by the Norse deity Odin[11] in his incarnation as “The Wanderer”, an old man with one eye, a long white beard, a wide brimmed hat, and a staff. Tolkien, in a 1946 letter, nearly a decade after the character was invented, wrote that he thought of Gandalf as an “Odinic wanderer”.[2] Much like Odin, Gandalf promotes justice, knowledge, truth, and insight.[12]

The Balrog and the collapse of the Bridge of Khazad-dûm in Moria, is a direct parallel of the fire jötunn Surtr and the foretold destruction of Asgard’s bridge in Norse myth.[13]

Thorvald Asvaldsson was banished from Norway for manslaughter and went into exile in Iceland accompanied by young Erik. When Erik was himself banished from Iceland, he travelled further west to an area he named Greenland, where he established the first permanent settlement in 986.[15][17] Tyrker, one of Erik’s thralls, had been specially trusted to keep in charge of Erik’s children, as Leif later referred to him as his “foster father”.[18] 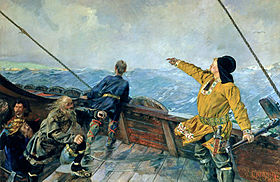 Leif and his crew travelled from Greenland to Norway in 999. Blown off course to the Hebrides and staying for much of the summer, he arrived in Norway and became a hirdman of King Olaf Tryggvason. He also converted to Christianity and was given the mission of introducing the religion to Greenland.[15][19] The Saga of Erik the Red and the Saga of the Greenlanders, both thought to have been written around 1200,[20] contain different accounts of the voyages to Vinland.[21][22] The only two known strictly historical mentions of Vinland are found in the work of Adam of Bremen c. 1075 and in the Book of Icelanders compiled c. 1122 by Ari the Wise.[23] According to the Saga of Erik the Red, Leif apparently saw Vinland for the first time after being blown off course on his way to introduce Christianity to Greenland.[19]

Schwarzenberg is a Czech (Bohemian) and German (Franconian) aristocratic family, and it was one of the most prominent European noble houses. The Schwarzenbergs are members of the Czech nobility and German nobility and achieved the rank of Princes of the Holy Roman Empire. The family belongs to the high nobility and traces its roots to the Lords of Seinsheim during the Middle Ages.[1]

The current head of the family is Karel, the 12th Prince of Schwarzenberg, a Czech politician who served as Minister of Foreign Affairs of the Czech Republic. The family owns properties and lands across Austria, Czech Republic, Germany and Switzerland.

Leif was the son of Erik the Red and his wife Thjodhild, and the grandson of Thorvaldr Ásvaldsson, and distant relative of Naddodd,[12] who discovered Iceland.[13] He was a Viking in the early days. His year of birth is most often given as c. 970 or c. 980.[14] Though Leif’s birthplace is not accounted for in the sagas,[15] it is likely he was born in Iceland,[6] where his parents met[14]—probably somewhere on the edge of Breiðafjörður, and possibly at the farm Haukadal where Thjóðhild’s family is said to have been based.[6] Leif had two brothers, whose names were Thorsteinn and Thorvaldr, and a sister, Freydís.[16]