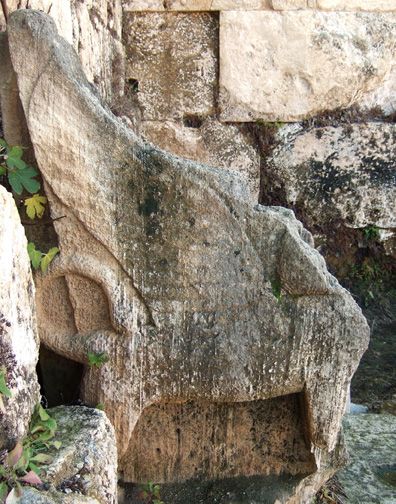 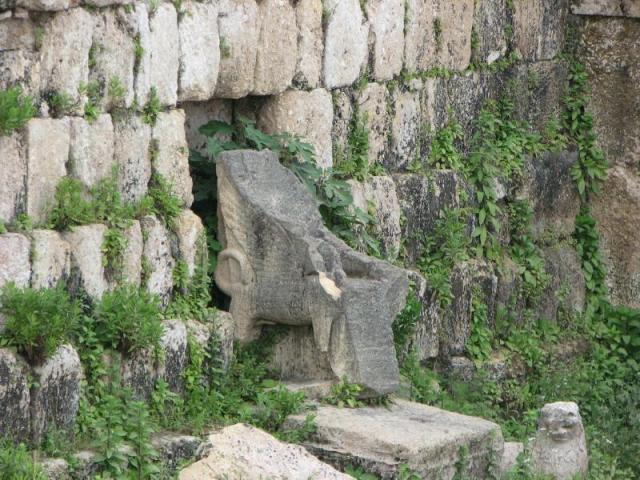 A Broadcast by John Presco: Prophet of the New Radio Church of Springfield

On this day, September 1, 2019, I accuse Saul of Tarsus a.k.a. Saint Paul, of murdering the true Disciples of ‘The Savior’  Jesus, who claimed he was the embodiment of Eshmun, and was ministering a Healing Teaching to ‘The Lost Tribes’ and not to the Jews, who allied themselves with the Tribe of Judah, that caused the revolt in the North, creating ‘The Kingdom of Israel’.

In 1989, I began my book ‘The Lion of God’ that identified John the Baptist as the True Savior. He and his disciples, that included Mary Magdalene, were being hunted down by Paul who was a ruler of Cypress, and thus had access to a Roman garrison. Paul is fixated on the Apostles in Corinth who I believe were Jesus’s Disciples. My book was divinely given. I communed WITH GOD every day. I tried to covert to Judaism. Three days ago my thirty year search for the True Jesus, came to an end when I found the Temple of Eshmun. I believe Jesus and the Super Apostles found the Ten Lost Tribes that  Herbert Armstrong search for.

“Seek, and thou shall find!”

Paul’s response on finding such sins at Corinth will not stop at shame and grief. He will, third, be forced to act severely toward the Corinthians. If the church does not clean up its act by the time he comes, he assures them that punishment will not be spared them, as it was on his previous visit (1:23).

In the Roman legal system, punishment was meted out on the basis of a verdict reached by a magistrate (and sometimes his council) regarding a person’s innocence or guilt. As in our Western legal system today, the process included the drawing up of charges, the formal act of accusation, the solicitation of witnesses, the hearing of evidence and the presentation of arguments for and against the accused (compare Jn 18:28–19:16). At 13:1 Paul turns the tables on the Corinthians and puts them in the position of the accused, while he takes up the role of the plaintiff. The expert witnesses become Paul’s visits to Corinth: This will be my third visit to you. “Every matter must be established by the testimony of too or three witnesses.”

It is legitimate to put the second half of verse 1 in quotation marks, as the NIV does. Paul is quoting Deuteronomy 19:15, which stipulates that one witness is not enough to convict a person accused of a crime; such matters must be established by the testimony of at least too witnesses. Paul had previously made too visits to Corinth–his founding visit in A.D. 50-52 (Acts 18:1-17) and his so-called painful visit a few years later, at which time he had been humiliated (2 Cor 11:21) and his apostolic authority publicly challenged by someone in the Corinthian congregation (12:3). This third visit will constitute the decisive witness, going beyond the minimum witnesses required by Jewish law.

For some infractions of Jewish and Roman law it was possible to merely give a warning (as in Acts 4:18). Paul’s grace extends to giving the Corinthians not one, but too warnings. He had given the Corinthians a warning on his second visit, which he now repeats while still absent: On my return I will not spare those who sinned earlier or any of the others. Those who sinned earlier are most likely members of the Corinthian church who were still engaging in the illicit acts mentioned in 12:21 (proemartekoton). Who then are “all the rest” (kai tois loipois pasin; NIV’s any of the others)? It is improbable that Paul is referring to those who had fallen into sin since his last visit (Bratcher 1983:143). More likely prospects are those who had come under the sway of the false apostles (M. J. Harris 1976:412) or those who were committing the divisive sins listed in 12:20–although in all probability the too groups are one and the same.

The disciplinary action Paul promises to carry out is not specified. Public censure would surely be a part of it (compare Mt 18:17). Excommunication was what Paul mandated in the case of the incestuous Corinthian Christian (1 Cor 5). Some suppose that supernatural infliction of bodily suffering would be included (for example, Plummer 1915:374). The Corinthians had experienced this early on as a punishment for their disdain of poorer brothers and sisters at the Lord’s Supper (1 Cor 11:27-34).

Either way, they will have the proof they are demanding. Paul will clearly show them that Christ is speaking through [him] (v. 3). The Corinthians had apparently insisted that Paul give some convincing sign of his apostolic status. They may well have been looking for some display of miraculous power similar to what his rivals laid claim to. Paul states that he will indeed provide proof, but it may not be the proof that they are expecting. For one, it will not be his power but Christ’s: He is not weak in dealing with you, but is powerful among you (v. 3). Two, the power Paul speaks of will not be a wonderoorking display but a disciplinary rod used on members of the congregation who continue to sin in flagrant disobedience of Paul’s authority.

Paul goes on to warn the Corinthians not to be fooled by his gentle demeanor. It may seem as if he operates out of weakness, but beware: this was the same mistaken estimate that Jesus’ adversaries made of him. For to be sure, he was crucified in weakness, yet he lives by God’s power (v. 4). What Paul means by he was crucified in weakness is debated. He could be speaking of an erroneous human perception, similar to his statement in 5:16: “we once regarded Christ [from a worldly point of view].” By the world’s standards Jesus’ ministry was a failure. He claimed to be the Messiah and asserted that he would usher in the kingdom of God. But in the end he succumbed to weakness and died a criminal’s death.

The Apostles Heal Many

12 The apostles performed many signs and wonders among the people. And all the believers used to meet together in Solomon’s Colonnade. 13 No one else dared join them, even though they were highly regarded by the people. 14 Nevertheless, more and more men and women believed in the Lord and were added to their number. 15 As a result, people brought the sick into the streets and laid them on beds and mats so that at least Peter’s shadow might fall on some of them as he passed by. 16 Crowds gathered also from the towns around Jerusalem, bringing their sick and those tormented by impure spirits, and all of them were healed.