Jesus and The Kingdom After Death 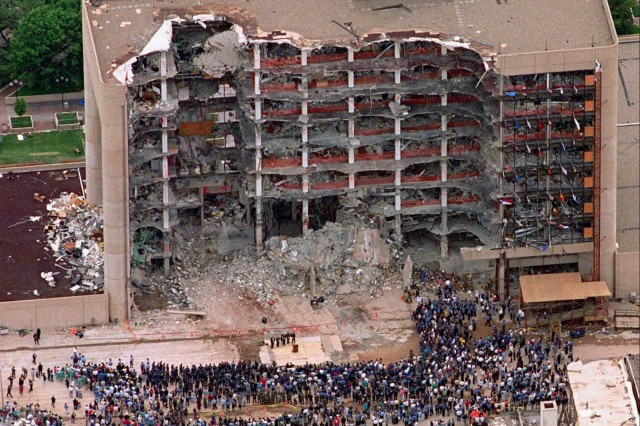 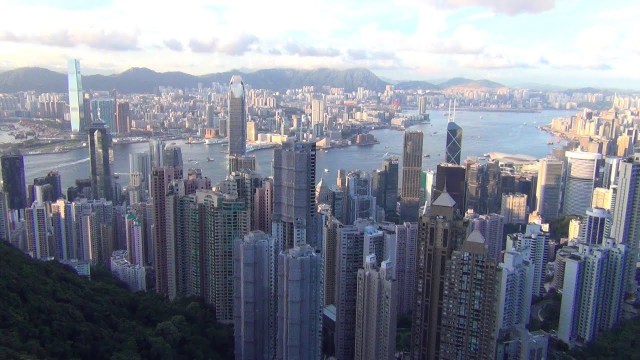 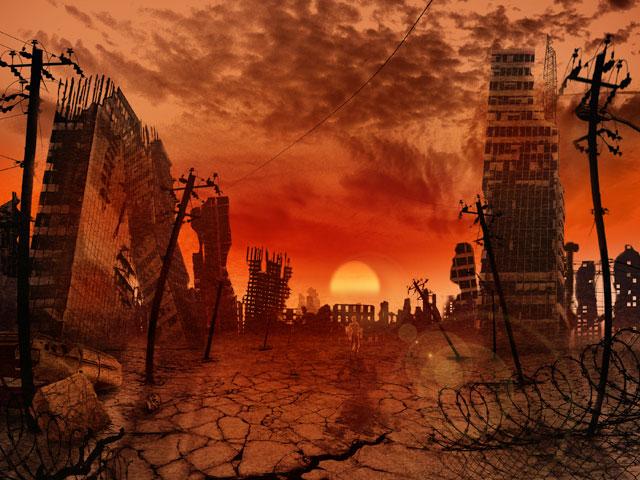 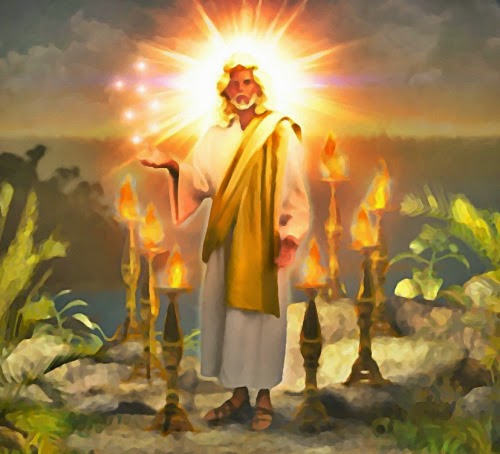 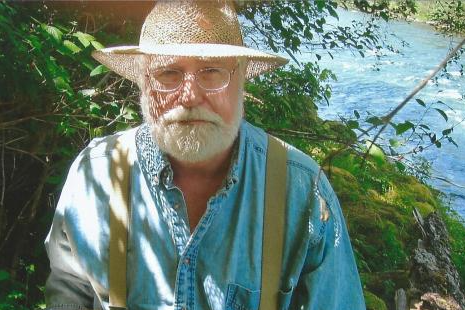 The Kingdom After Death

The Prophecies of John Presco

Heir to the Radio Church Founded by Herbert Armstrong.

Now that the President, with Atomic bombs, has hinted he is “the second coming of God” it is time to ask the hard questions, because, professional psychiatrists have concluded Trump is a dangerous lunatic – who might bring about The End of the World! To millions of Republican evangelicals – this might be great news! The crazier – the better!

“I was helping Jesus. But, after the great job I did, we don’t need his help. I hereby award myself a medal of honor – with giant parade!”

….like he’s the King of Israel. They love him like he is the second coming of God…But American Jews don’t know him or like him. They don’t even know what they’re doing or saying anymore. It makes no sense! But that’s OK, if he keeps doing what he’s doing, he’s good for…..

The idea that there is a Satan who has nothing better to do than confound belief in the strange teaching of Saint Paul, makes Christianity – Satan! Christianity is Satan vs.Satan.

Reading the Bible for the first time at fifty, I surmised Jesus’ teaching to be……….

Then I began reading Acts and was horrified! I am exposed to a sneaky little monster I call ‘Satan Paul’ who is sneaking about torturing and murdering devout Jews, like Saint Stephen. There is nothing in the four gospels that prepares you for this serial-killer and, a even more vengeful Jesus who threatens to destroy most of the world to GET those who do not follow him, do not love him!

Jesus is a Jewish Sage teaching rudimentary Judaism. The idea that he would return and cause the fall of ten thousand buildings full of screaming people – and their children – is revolting! This is the greatest mass-murder of all time, he is truly pissed off because the Tibetan and Incan people did not – LOVE HIM!

This is………..A HATER! Why should I believe in him, and look foreward to a another Osama Bin Laden, or Timothy McVeigh?

When I was thirteen I did a painting very similar to the ruined city. I was going to send it to the winner of the 1960 Presidential election. I wish I had done what I announced I would do. My family thought I was crazy – except Christine!

I have made it my mission as Candidate for the Antitchrist, to thwart the coming Tribulation. This will be good news to a billion people, and bad news to a billion people. My ex-friends, Mark and Joy, and Ed Corbin, became Sneaky Chriistians ten years ago. They used to be highly educated people, but, had been converted by devils. Mark and Ed went to Harvard. Joy went to UC Berkley. They succumbed to threats.

My Anti-Lesson begins with the Olivet Discourse. I am the only theologian who figured out why Jesus cursed the fig tree. I suspect the scribe of Satan Paul altered this common lesson to in order to Terrorize and Blackmail people into believing in – Paul!

I posted gobbledygook of a Christian Liar who dances around with the Dead, as if at a concert – utterly ignoring Matthew 27:53. Why is there so much confusions about WHAT GOD SAID AND MEANT? Why didn’t GOD make it clear while he was mortal?

What if Jesus was murdered days before the fall of the temple as the Roman army invaded Jerusalem? What if The Rapture already happened, and we are the Children of the Left Behind?

Evangelical ministers knew their religion was untenable, and thus they got into politics so they can create a good vs. evil, Satan vs. Jesus dark duality that is destroying a Great Democracy, and bringing real grief to mothers and their children. Jesus does not want, or condone this.

Here are the guesses of folks who do not know Jesus restored the Jubilee.

incapable of being defended, as an argument, thesis, etc.; indefensible.
not fit to be occupied, as an apartment, house, etc.

The Death of Jesus

47 When some of those standing there heard this, they said, “He’s calling Elijah.”

48 Immediately one of them ran and got a sponge. He filled it with wine vinegar, put it on a staff, and offered it to Jesus to drink. 49 The rest said, “Now leave him alone. Let’s see if Elijah comes to save him.”

50 And when Jesus had cried out again in a loud voice, he gave up his spirit.

51 At that moment the curtain of the temple was torn in two from top to bottom. The earth shook, the rocks split 52 and the tombs broke open. The bodies of many holy people who had died were raised to life. 53 They came out of the tombs after Jesus’ resurrection and[c] went into the holy city and appeared to many people.

54 When the centurion and those with him who were guarding Jesus saw the earthquake and all that had happened, they were terrified, and exclaimed, “Surely he was the Son of God!”

55 Many women were there, watching from a distance. They had followed Jesus from Galilee to care for his needs. 56 Among them were Mary Magdalene, Mary the mother of James and Joseph,[d] and the mother of Zebedee’s sons.

After Jesus described the “abomination that causes desolation”, he warns that the people of Judea should flee to the mountains as a matter of such urgency that they shouldn’t even return to get things from their homes. Jesus also warned that if it happened in winter or on the Sabbath fleeing would be even more difficult. Jesus described this as a time of “Great Tribulation” worse than anything that had gone before.

Jesus then states that immediately after the time of tribulation people would see a sign, “the sun will be darkened, and the moon will not give its light; the stars will fall from the sky, and the heavenly bodies will be shaken“.[Matt. 24:29–30] [Joel. 3:15]

The statements about the sun and moon turning dark sound quite apocalyptic, as it appears to be a quote from the Book of Isaiah.[Isa. 13:10] The description of the sun, moon and stars going dark is also used elsewhere in the Old Testament. Joel wrote that this would be a sign before the great and dreadful Day of the Lord.[Joel 2:30–31] The Book of Revelation also mentions the sun and moon turning dark during the sixth seal of the seven seals, but the passage adds more detail than the previous verses mentioned.[Rev. 6:12–17]

Where Will the Kingdom Be Established?

A dominant falsehood that Satan has foisted on mankind is the belief that one’s soul goes to heaven after death. Many people assume that the phrase Kingdom of God is synonymous with heaven, but the Bible teaches that when Jesus Christ returns, the Kingdom of God will be established on earth!

First, notice how the Bible completely refutes the notion of “going to heaven” after death. Peter tells the crowd on the day of Pentecost, “Men and brethren, let me speak freely to you of the patriarch David, that he is both dead and buried, and his tomb is with us to this day.. .. For David did not ascend into the heavens” (Acts 2:29, 34). This “man after God’s own heart” is not in heaven, but still in the grave! Our Savior confirms this in John 3:13: “No one has ascended to heaven but He who came down from heaven, that is, the Son of Man who is in heaven.”

The dead saints of the Old and New Testaments alike are sleeping in their graves, awaiting the resurrection – without consciousness (Ecclesiastes 9:5, 10). Job describes waiting for the resurrection in this way: “If a man dies, shall he live again? All the days of my hard service I will wait, till my change comes. You shall call, and I will answer You. . .” (Job 14:14-15).

Many verses refer to the dead as “sleeping,” and this analogy comes from the fact that when a person sleeps deeply, many unaccounted hours may pass. Likewise, during the time we are dead, we will have no consciousness, no awareness. Many years may elapse between the time that we die and our resurrection, but we will not be aware of the passing of time. It will be as if we blinked, and then are alive again. Thus, from the point of view of consciousness, it will seem like we have gone from the physical body to the spiritual immediately, despite perhaps many years separating death and resurrection.

Paul teaches in I Corinthians 15 that the resurrection does not occur until Jesus Christ returns – at which point the “dead in Christ” will be resurrected with spiritual bodies, and the living saints will be changed to spirit “in the twinkling of an eye” (verse 52). If the saints were to go to heaven automatically after death, what need would there be for a resurrection? In verse 53, Paul even says that the “mortal” will have to “put on immortality,” meaning we do not now have it (see also Romans 2:7). Only God has immortality now (I Timothy 6:15-16).