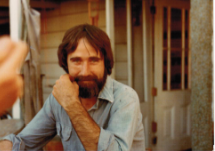 I had a extensive Doctor’s examination. There were questions asked about my mental health that everyone asks. I showed the nurse assistant and my doctor pictures of Belle Burch and Alley Valkyrie. I then played the Witch Hunt video. They were shocked!

“These are my Stalkers. This is what they do to get their fifteen minutes of fame. They are so abusive to me, it is impossible to ignore them. I blog on them. They are happy. Dying a obscure death, will not be their fate. They are – somebody!”

I am sure Larry Chazen knew about Cynthia Beck and her three daughters by Gordon Getty. Kim Hafner told my neighbors I am kin to Elizabeth Rosemond Taylor. These neighbors had snubbed me for years. Understanding they could not own any bragging rights, they took the opposite approach.

“We brought down a Getty Man! We exposed Liz Taylor’s cousin as a serial abuser of women!”

They read my blog, and became the Paparazzi.

LOS ANGELES, CA. (THECOUNT) — Girard Saenz, the man arrested after police seized over 1,000 guns from a Bel-Air mansion, was allegedly involved in a 2017 incident involving a firearm.

Law enforcement sources told TMZ, Saenz, 57, held at gunpoint a team of house cleaners back in 2017 after discovering them at a Malibu property owned by his longtime companion, Cynthia Beck.

Quietly, that is, until now. The girls have filed a petition in Los Angeles County Superior Court to legally change their last name from their obscure mother’s to their wealthy and world-famous father’s. They are also, sources say, in “intense legal negotiations” over the issue of future inheritances.

And while the Getty revelations have provided fuel for the Bay Area talk show circuit–with called-in commentary hotly debating the honor of his actions–not everyone here in America’s most tolerant city was surprised at the news that Gordon Getty is helping to raise daughters some 300 miles away.

Ann Getty has known about her husband’s secret life for two years. The local society elite–the upper crust, the A Team–is believed to have known for upward of a decade and kept quiet, a fact that led one local columnist to crack: “If only San Francisco’s high society had been hired to guard the United States’ nuclear weapons secrets, the ones that have steadily leaked out to the Chinese.”

“I don’t think the B Team knew, but I think an awful lot of the A Team knew. It was a well-known fact,” said one source familiar with the family. “Without a doubt, Ann and Gordon are the No. 1 social people in San Francisco. . . . The Gettys are so high profile in San Francisco that people do not want to get in their bad ways and be cut off from their very interesting parties.”

Very interesting indeed. When the billionaire music lover–son of oilman J. Paul Getty, one of the world’s wealthiest men when he died in 1976–decided he needed more room to compose on his grand piano, he bought the house next door to his Pacific Heights mansion and had the two abodes merged. The christening: a black-tie affair for 80 with entertainment by opera diva Jessye Norman.

Pal Placido Domingo stays with the Gettys when he’s in town. Don Johnson was married in April in the Gettys’ pale yellow, Italian Renaissance-style home. President Clinton attended a million-dollar Democratic fund-raiser at the lavish, 1914 mansion, complete with music room and ballroom. To celebrate the premiere of Gordon’s opera, “Plumpjack,” the couple served Veuve Cliquot to 470 at a block party on Broadway.

San Francisco society has protected the eccentric Getty and his accomplished wife, a woman he has always described as “my best friend.”

“San Francisco is the biggest little city in the United States,” said another source. “A number of people have known of this fact and have very gallantly and elegantly not discussed it with the news media or outside of private conversations. That’s the way San Francisco is. It was not an issue. No scorn for Gordon. No poor, poor, pitiful Ann.”

For his part, Gordon Getty–65 and worth $2 billion–has said in a written statement that “Nicolette, Kendalle and Alexandra are my children. Their mother, Cynthia Beck, and I love them very much. The most important concern is that the children’s needs be addressed with a minimum of disruption, and this will be our first priority.”

The three girls–ages 14, 10 and 8–filed to change their name from Beck to Getty in April. Stephen Burgin, Beck’s attorney, said such a petition is a perfunctory matter, almost always granted by the court unless the name change is an effort to elude creditors or is objected to by someone who would be affected by the change.

“In this case, we understand that Gordon Getty does not object to the petition,” Burgin said. “We hope to go forward with it. Basically, the girls have reached an age where they can understand these things and have decided to use their father’s name.”

The petition is a study in celebrity security matters, requesting that the addresses of all parties involved be sealed, a practice the document says was upheld on appeal during the probate of publishing magnate William Randolph Hearst’s estate.

The Gettys, the document says, have security issues much like the Hearsts, who lived through the kidnapping of daughter Patty by the Symbionese Liberation Army in 1974.

In 1973, J. Paul Getty III, the 16-year-old grandson of J. Paul Getty, was kidnapped and held for ransom for more than five months. He was released after the family, which had been sent the boy’s severed right ear, paid the abductors $2.8 million. Included in the court file for the Beck case is a Time magazine article with the headline “Minus One Ear.”

According to Burgin, the girls have seen their father throughout their childhood, they have a “parent-child relationship” with him, they are “well cared for by their mother, and their father helps.”

Beck, who is single, has been described as “not a socialite.” She is a full-time mother, her attorney says, declining to discuss her background any further. “She’s not seeking publicity, and privacy is a concern,” Burgin said.

A hearing on the name change petition, which was scheduled for last Thursday, has been postponed until Nov. 18.

Sources say that Ann Getty has no plans to divorce Gordon, her husband of 34 years. They were married on Christmas Day in 1964, when they eloped to Las Vegas. But they have been living very different lives, “different enough,” one source noted, “to have separate families.”

Over the years, Ann Getty has spent much time in New York and London with a variety of publishing ventures. An avid archeologist, she has also traveled to Ethiopia to take part in digs. She is the daughter of a fruit and nut farmer from Wheatland, Calif., and attended UC Berkeley, where she first admired books from the prestigious publishing house Grove Press. Now she is an investor in the company.

The couple has “an understanding between them,” said Ann Getty’s attorney, William Coblentz. “She is handling this with courage and dignity. . . . Nothing or very little is secret in this world. Eventually, whatever it is comes out. Then when it comes out, the best remedy is to tell the truth.”

Gordon Getty, in his brief written statement, said his family “has been fully supportive throughout this situation, and for that I’m very grateful.”