Joseph and Mary Were Not Married 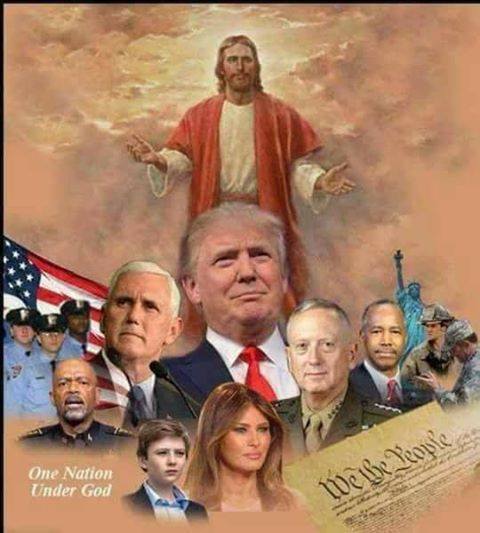 The Trumpire of King Jesus is forcing us to stop overlooking the churches glaring faults.

The atmosphere of our church service was pregnant with expectation: four candles of the Advent wreath and the colored lights from the tree and wreaths lit the darkened room. My wife and I were among the tens of millions gathered on Christmas Eve to rehearse the Nativity story again. As one of the readers read aloud Luke 2:5, I was struck by the New International Version (NIV) translation: “Mary, who was pledged to be married to him and was expecting a child.” Chronologically, the narrative had advanced some eight months from Luke 1:26-27, where it stated that Gabriel was sent to a virgin named Mary “pledged to be married to a man named Joseph.” The Greek verb mnēsteuō was translated identically in both verses.

The translation suggested to me that an unmarried Jewish couple was traveling a long distance unaccompanied by other family members. And the woman—still only pledged in marriage—was in an advanced state of pregnancy. If such a situation is still scandalous in the Middle East, how much more in first-century Judea!1

Were Mary and Joseph married or engaged when they traveled to Bethlehem? Seen here is a mosaic of the Journey to Bethlehem from the Chora Church in Istanbul.

Later I checked other translations of Luke 2:5. The English Standard Version (ESV) uses “betrothed,” an archaic Middle English word. The New Revised Standard Version (NRSV) uses “engaged,” while the New Living Translation (NLT) says “fiancée.” Again, these English versions suggest that the couple’s marriage was incomplete. This discovery led me into an in-depth word study as well as a look at ancient marriage. And what I found was surprising.

Matthew’s Gospel seems to be clearer. In the genealogy, Joseph is called the “husband of Mary,” who gave birth to Jesus (Matthew 1:16). Describing the background of their relationship, Matthew 1:18 reads, “His mother Mary was pledged to be married to Joseph.” Here Matthew uses the same Greek verb as Luke. However, after Joseph decides to divorce Mary because of her unexpected pregnancy, an angel warns him in a dream not to do so. The angel advises him to “take Mary as his wife” (Matthew 1:20). When Joseph woke up, he did what the angel commanded him: He took Mary as his wife (Matthew 1:24). Luke’s version seemingly contradicts Matthew’s, according to present English translations.

Interested in learning about the birth of Jesus? Learn more about the history of Christmas and the date of Jesus’ birth in the free eBook The First Christmas: The Story of Jesus’ Birth in History and Tradition.

The Greek verb mnēsteuō is used eight times in the Septuagint (the third-century B.C.E. Greek translation of the Hebrew Bible). Four uses in Deuteronomy (22:23, 25, 27, 28) deal with the legal issues surrounding an engaged woman having illicit sexual relations. If the incident happens in a city (22:23), both the man and the woman are to be stoned to death; if a rape happens in the country, only the man is to be stoned. The man is considered guilty because he has violated another man’s wife (22:24).

In the three uses in Hosea, God himself is speaking. Regarding Israel’s future day of redemption in 2:16, God declares: “You will call me ‘my husband.’” Then he states in verses 19–20: “And I will take you for my wife forever; I will take you for my wife in righteousness and in justice, in steadfast love, and in mercy. I will take you for my wife in faithfulness; and you shall know the LORD.” The NRSV translates “wife” here, while the NIV, ESV and New King James Version (NKJV) all read: “I will betroth you.” Because of the context wherein God declares that he is a husband forever, it is clear that his relationship with Israel extends beyond an engagement stage; they will metaphorically be husband and wife.

The Hebrew verb aras, translated mnēsteuō in Greek, refers to Jewish marriage practice in which the groom contractually pays a bride-price (mohar) to the bride’s father (Genesis 34:12). According to Old Testament scholar Douglas Stuart, “This was the final step in the courtship process, virtually equivalent in legal status to the wedding ceremony.”2 According to the Mishnah Ketubbot 5.2, the betrothal would last a year, with the bride remaining in the home of her father. Recalling the legal texts in Deuteronomy mentioned earlier plus the equation of David’s betrothal to Michal as marriage (2 Samuel 3:14), we see that under Jewish law, a betrothed woman was considered to be married.

Returning to Joseph, he would have paid the bride price to Mary’s father at their engagement (Matthew 1:20; Luke 1:27). Despite his misgivings, Joseph then obeyed the angel’s command to marry Mary (Matthew 1:20). The time of formal engagement, whether a full year or not, had passed between them. So Joseph and Mary had begun to live together except for sexual relations (Matthew 1:25). Luke’s understanding of mnēsteuō must be expanded to include both the betrothal/engagement as well as marital cohabitation. Therefore a better translation of Luke 2:5 would be: “Mary his wife who was expecting a child.” (The NKJV attempts a hybrid with “betrothed wife.”) English translations that suggest the couple was still only in the engagement stage of fiancé/fiancée must be discarded. Joseph and Mary traveled to Bethlehem as a full husband and wife under ancient Jewish law.

1 Response to Joseph and Mary Were Not Married